For anyone who finds him or herself drained from life’s necessities, it can be fun and relaxing to take solace in playing a laid back, calm game of Serenity. This slot machine is designed to provide players with a relaxing experience they can truly enjoy.

The lantern symbol triggers its own bonus when players get the symbol on the reels three times within one spin, as long as they appear on an active pay line. When they do, the lantern bonus is triggered. During this round players are presented with a series of paper lamps. They choose a paper lamp and are awarded the value of the one they chose. If players get four or five lantern symbols on the reels the values of each lamp are higher.

The other bonus in the game is the free spins round, which is triggered when the scatter symbol appears on the reels three times in one spin. Players are then rewarded with 10 spins for free. Unlike with other slot machine games getting more than three of the scatter symbol on the reels does not increase the number of free spins a player wins. However, any amount players win during their free spins is tripled. In both bonus rounds there is a possibility that the bonus could be retriggered.

Despite not offering a progressive jackpot, Serenity can pay out large wins to lucky players. This simple and relaxing game is one that is easy to learn and is ideal for those new to slots. 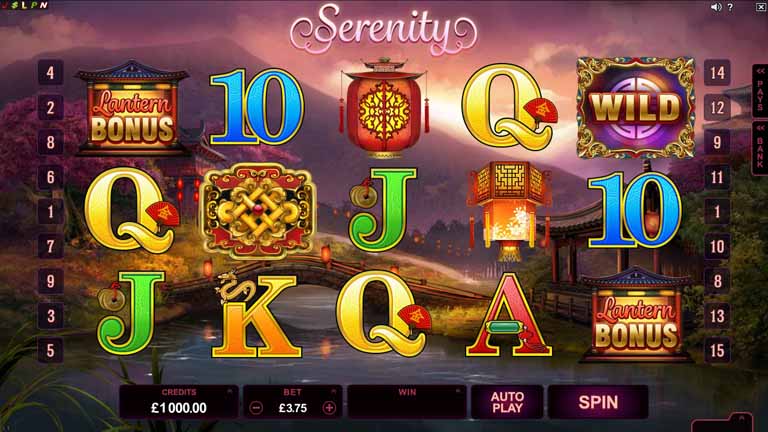 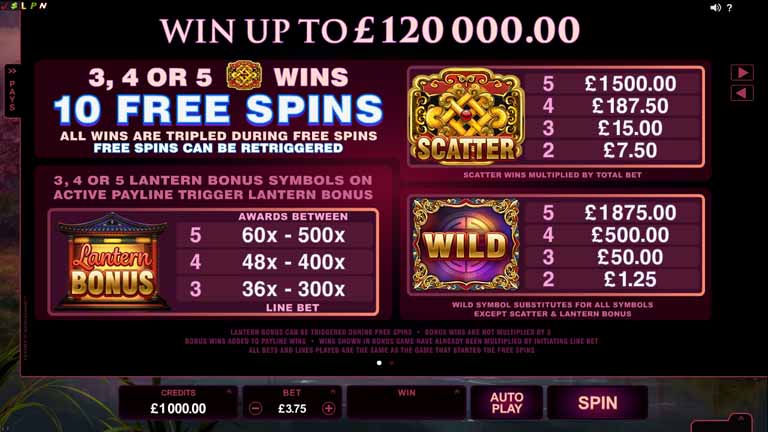