Players that love Roman themed slot machines are sure to enjoy Spartacus: Legendary Warrior. Those that enjoyed Spartacus: Gladiator of Rome will likely enjoy this game just as much.

Accompanying the typical heart, club, spade and diamond symbols are symbols reflective of the theme. These include lions, axes, shields, chariots and helmets. The game’s logo serves as its wild symbol and the Roman Colosseum is its scatter.

The main bonus feature in Legendary Warrior is free spins. It is broken up into three different features that reward players in unique ways. Those features are recruit, hero and legend. To trigger any of these bonuses, players must get at least three scatter symbols on the reels at once.

The recruit free spins feature is activated with three scatters appearing on the five rows along the top. The scatter must land on the first, third and fifth reels. Players then win 12 spins for free. During those 12 spins, wilds appear randomly on the reels. They then become expanding wilds.

The hero free spins feature when the scatters land on the five bottom rows on the game screen. With scatter on the first, third and fifth reels, players get everything they get from recruit spins. However, hero spins also include possible multipliers added to the reels. 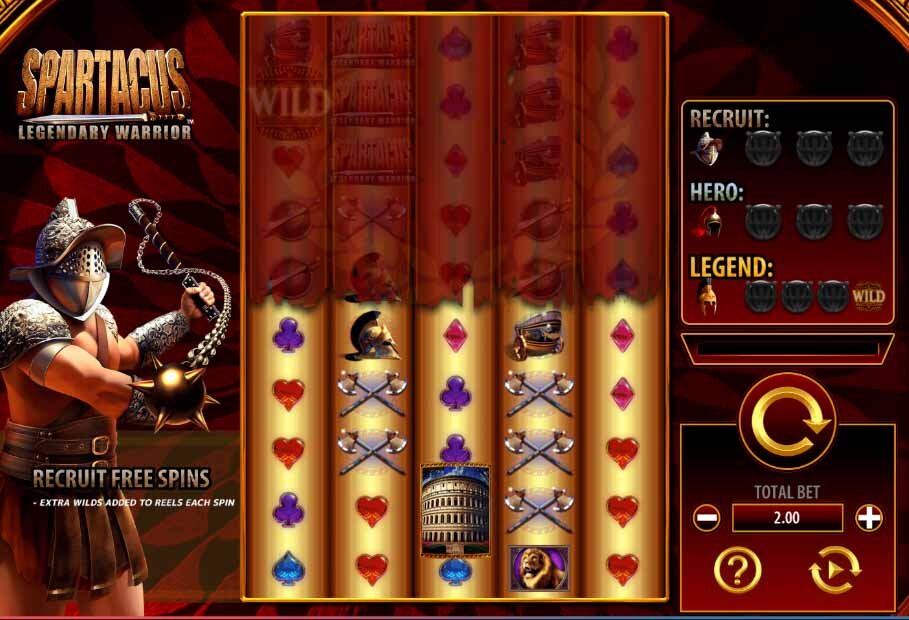 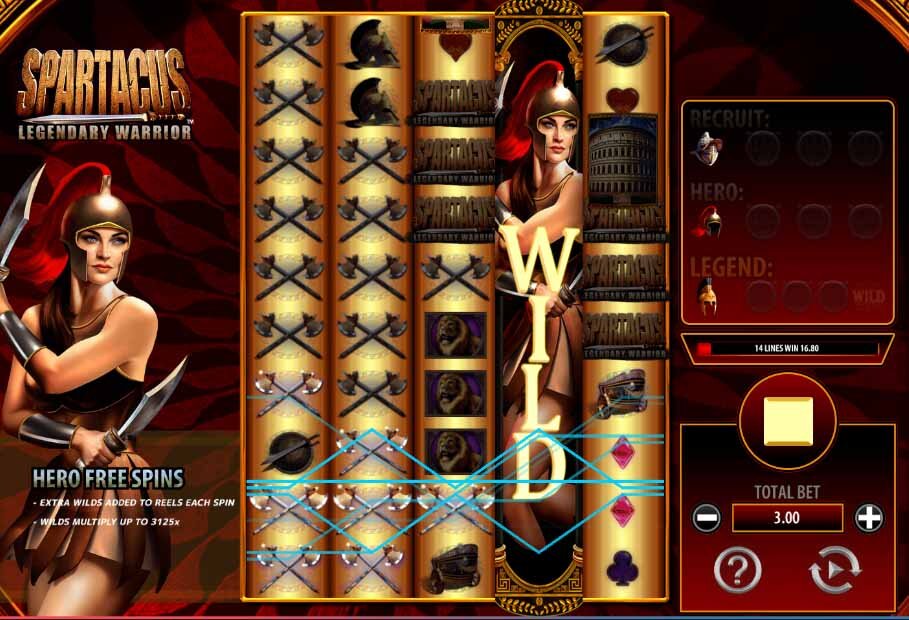 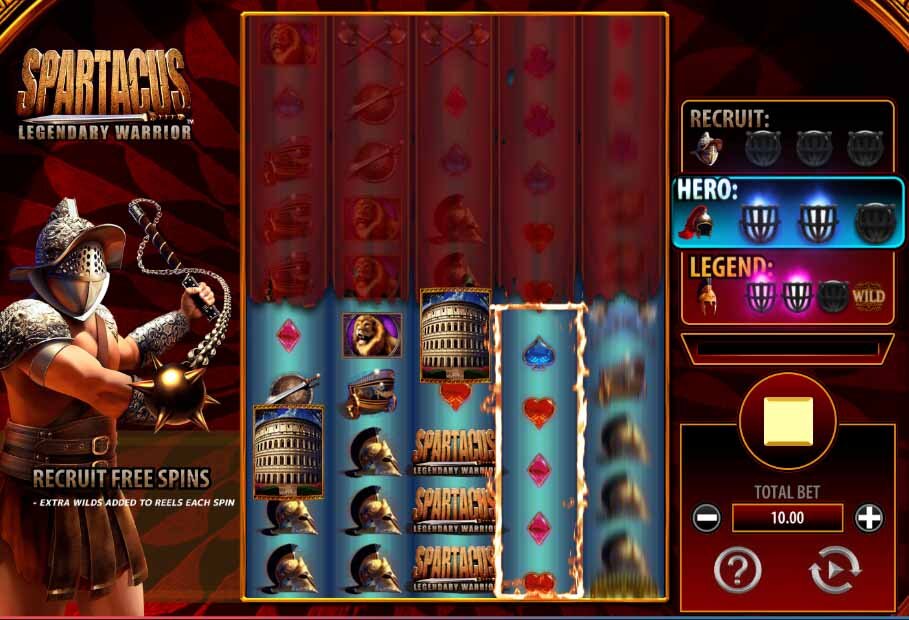 Spartacus: Legendary Warrior is more than just a video slot machine. It is a historical tribute to Spartacus, known as a Thracian Gladiator and Military Leader. He was the Third Servile War slave leader and went head to head with the Roman Republic.

The game named in his honor is based on the battles he fought. This sets the theme for the entire game. Players can assume that the theme specific symbols used on the reels are typically used in battle.

Though there are more visually impressive video slot machine games, not many of them offer as many free spins bonuses. While free spins are the only bonus in the game, the variety of them keeps players interested. This is a game that is easy for new players to use to acclimate themselves to video slot machines.