In a quest to obtain riches many players may come across the Sphinx Wild online slot machine game. It features all of the best features found in today’s most popular slots.

Players will see that the game is set among the great pyramids and sphinx. The background scene consists of a realistic looking desert and sand dunes. It perfectly sets the mood for a desert adventure in which players hope to acquire their share of the riches.

All of the symbols used in the game reflect its Egyptian theme. This includes the Eyes of Horus as well as Beatles, Jackals and Eagles. Each symbol is portrayed as a high end piece of jewelry.

The sphinx itself serves as the game’s wild symbol. This all-powerful symbol has the potential to turn the surrounding symbols into wilds that greatly increase a player’s chances of winning. This is referred to as the surrounding wild feature.
Other symbols seen on the reels include a beautiful phoenix, jewelry, the Eye of Horus and the God of the Dead, Anubis.

A pyramid appears as the scatter symbol in the game. The appearance of three to five of them anywhere on the reels triggers the much coveted free spins. The more scatters a player gets the higher of a multiplier they win.

When four of the scatter symbols appear on the reels the choices range from nine free spins with a 5x multiplier all the way up to 40 free spins, once again with a single multiplier attached.

When five of the scatter symbols appear on the reels the choices range from 14 free spins and the 5x multiplier to 60 free spins with the standard single multiplier.

Since there is the potential to win more free spins while they are being played, it is possible to be able to spin the reels up to 600 times without having to place a bet in order to do so. Most players choose fewer free spins with higher multipliers, as these come with a much higher and more desirable payout.

Thanks to IGT, Sphinx Wild can be played on most mobile devices. Players won’t notice any difference in the quality of the graphics and sound effects when they access this game on their smartphone or tablet. It plays just as smoothly on a mobile device as it does on a desktop computer, making it an ideal gaming choice for anyone who doesn’t want to be confined to playing it at home.

Many mobile casinos offer Sphinx Wild because it has become so popular among players all over the world. Mobile users love being able to play this game anytime they want to, no matter where they happen to be.

Though there are many Egyptian themed slot machine games available at both online and land based casinos, Sphinx Wild is in a category of its own. Players love everything from the graphics and backdrop of the game to the exciting bonuses they eagerly anticipate triggering. This game has struck a chord with players of all ages because it has entertainment value for everyone.

For most players, the multiplier is their favorite feature of Sphinx Wild. These multipliers add another level of excitement to the game and keep players on the edge of their seats. Already having gained worldwide popularity there is no doubt that Sphinx Wild will have a bright future as new and emerging online casinos see the value of adding it to the collection of games they offer. 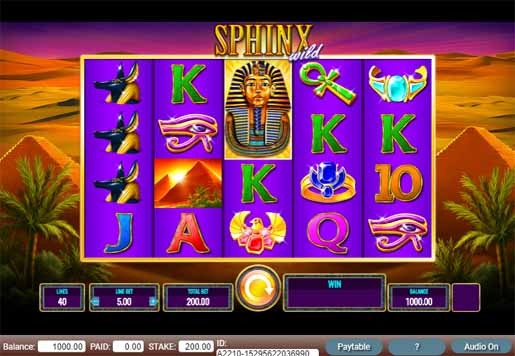 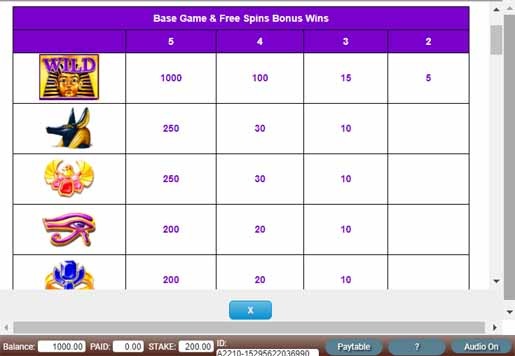