There are few people who have never heard of Superman. As a result, Playtech’s Superman video slot machine is extremely popular with players of all ages. It even includes clips from the original movie as well as music from its soundtrack.

The background that players see behind the reels is simply the surface of Superman’s home planet. The reels themselves are blue, and are lined with sights that will be familiar to Superman fans.

Superman and Clark Kent are the two most obvious symbols in this game. Other symbols include the logo for the Daily Planet, as well as Lois Lane and Lex Luther. A missile serves as the scatter spin and the S seen on Superman’s chest serves as the wild symbol. A special bonus symbol is the word itself spelled out with ice crystals.

When the bonus symbol ends up on the second, third, and fourth reels at the same time it triggers the Crystal Bonus round. Players are taken to a new screen filled with those crystals. They then click on each crystal, which will either award them with a prize or with cash.

There is a reshuffle symbol that players may end up clicking on. If they do, any crystals already chosen are replaced with new ones and the crystals are switched around. This essentially starts the bonus round all over again.

During this bonus, players may uncover anywhere from two to five times multipliers. The bonus ends when a player clicks on a crystal that’s green.

Many DC superheroes have had slot machine games created in their honor. Because of this, the Superman slot is included in a network of DC themed games that offer progressive jackpots.

These jackpots are randomly awarded to players. Higher bets make it more likely the jackpot will be awarded. When players get a chance to experience the progressive jackpot round they are guaranteed to win one of the four of them. 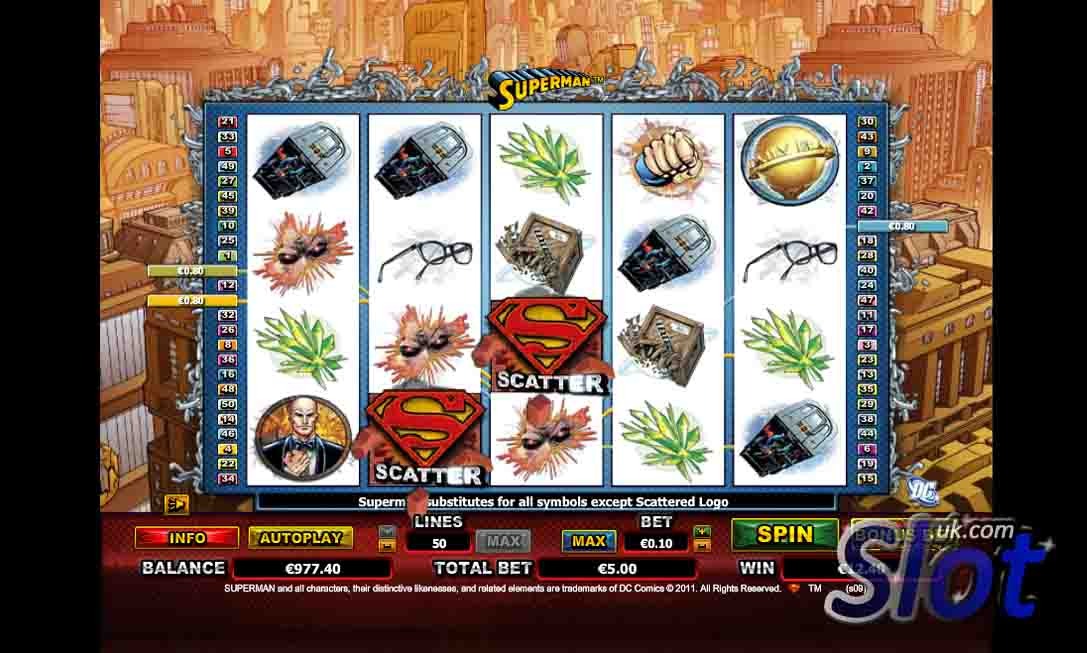 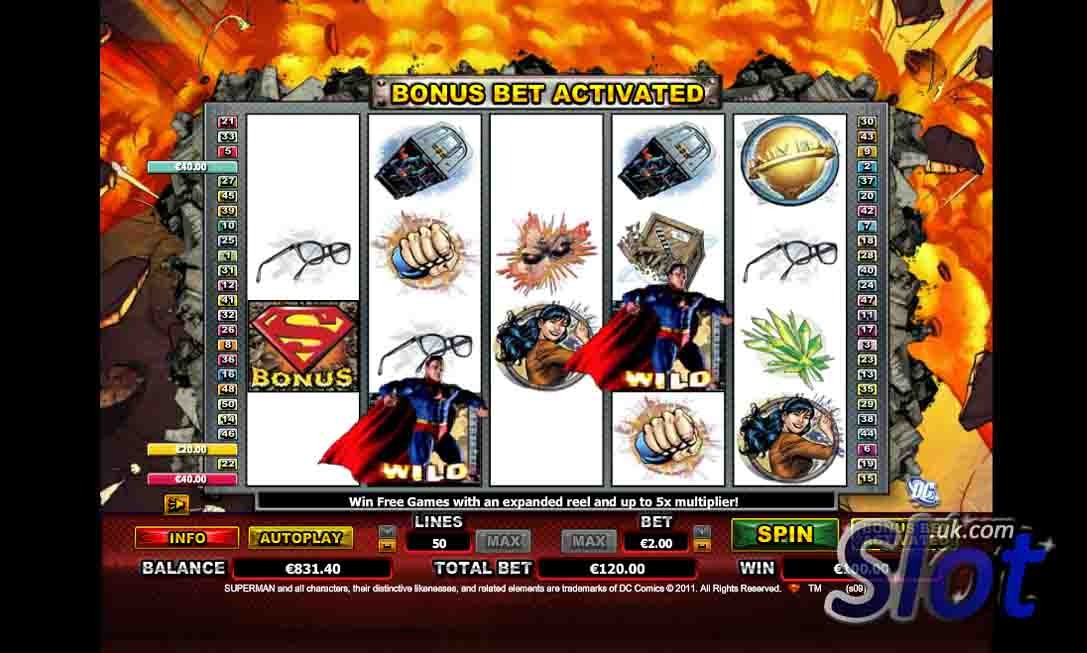 With so much to offer, players don’t have to be a fan of Superman to enjoy this video slot. It can be very profitable for the luckiest of players, especially when they win a progressive jackpot. The excitement of this game lies in the fact that the graphics are so well done. This, combined with the clips from the movie, make the Superman video slot a real treat. Thanks, in part, to this game, the legacy of Superman will live forever.