Tahiti Gold is a dark, seedy online slot machine that is the sequel to Ecuador Gold. The adventures of Kane started in Ecuador and migrated to Tahiti. Players will notice that the game is accompanied by a soundtrack of tribal style music.

The main character in the game is Kane, who also serves as one of the game’s symbols. He wears a gold crown and is made up with war paint. Set in what looks like a rain forest but is actually a tropical bay, the background is soft and hazy. It includes a wrecked ship, impressive mountains and light blue-green water. This is in stark contrast to the harshness of the reels. On either side of the reels are darkened tiki poles. The reels themselves are made up wooden planks.

The symbols themselves are brighter than the rest of the game Bold shades of blue and red are seen on the reels. The symbolic shapes that make up the symbols give the game an exotic feel. Discernible symbols on the reels include toads, lizards, turtles and hammer sharks. Three totem masks round out the symbols used.

A new symbol that wasn’t used in the original game, but is used in Tahiti Gold, is the Wild Forge. It is confined to the third, fourth, fifth and sixth reels. It becomes a locked wild and remains on the reels while the avalanche feature is active.

The Eye of Tiki is also a symbol unique to this game. Players must get at least two on the reels. When they do, both symbols emit a light ray they connects them to each other. Any symbols that were between the two Eyes of Tiki are removed from the reels. Along the top of the reels, extra symbols appear as a result. 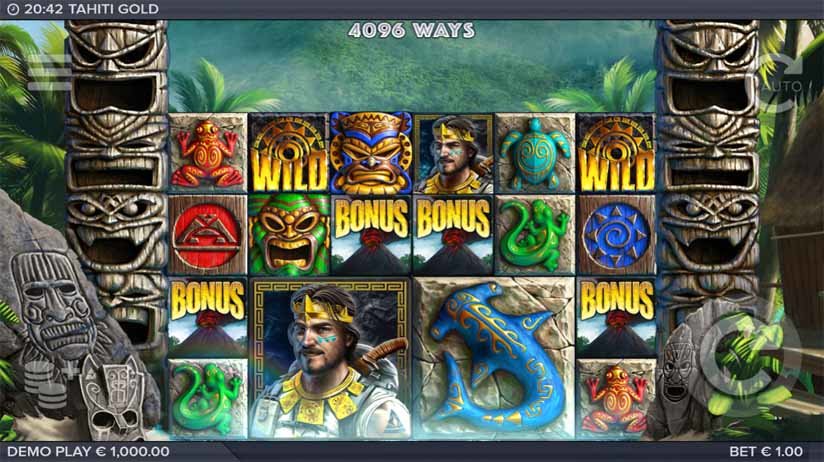 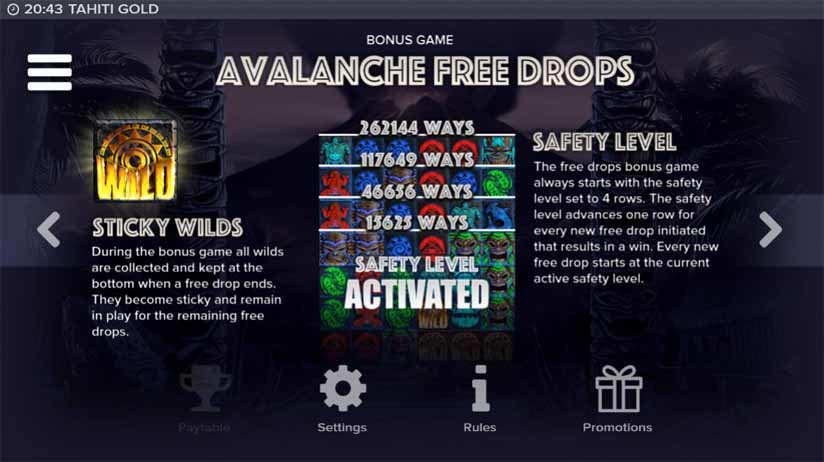 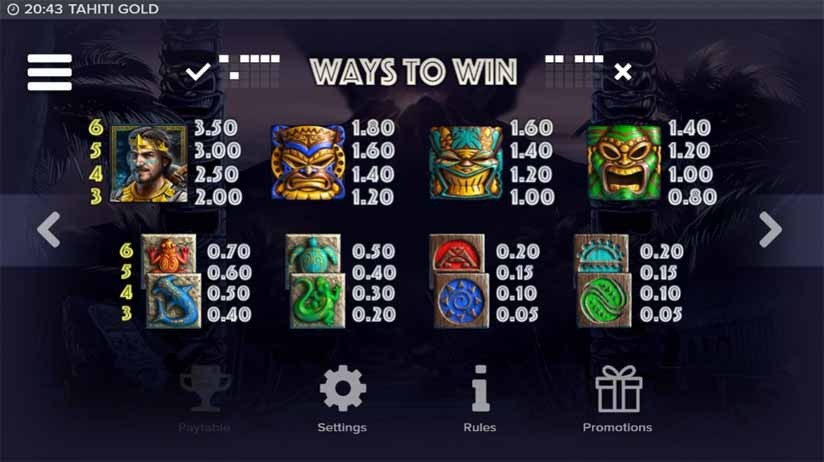 There is also a bonus game called Free Drops. It is triggered by the game’s bonus symbol. With two or more of them on the reels, players get at least 10 spins for free. The more bonus symbols on the reels at once, the more free spin players get. This feature can be re-triggered at any time during free spins.

When the Free Drops bonus feature is activated, players are taken to a new screen. The scene switches from daytime to nighttime. The screen is filled with glowing symbols. During this bonus, Eye of Tiki and Wild Forge symbols can appear on the reels.