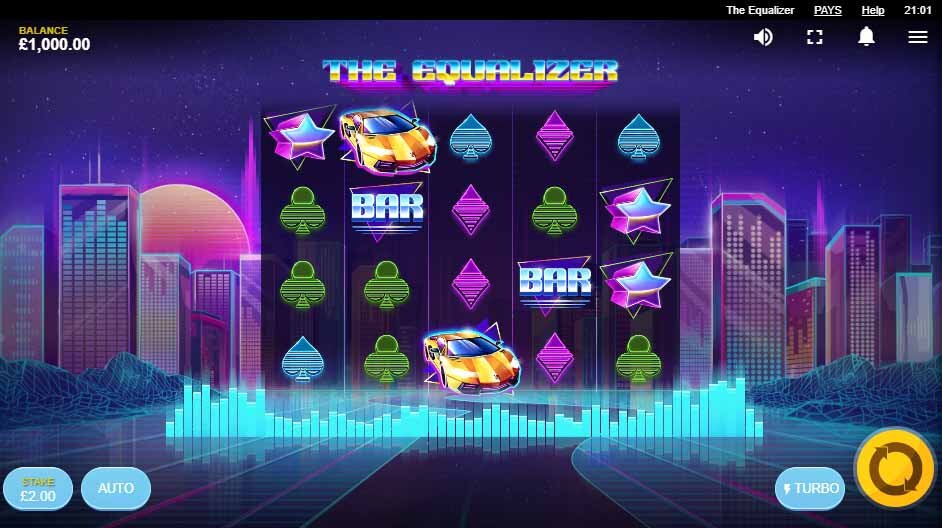 Everyone is curious about the future. Video slots such as The Equalizer satisfy some of that curiosity. It takes players into a different world where everything is bright and energetic. The accompany background music provides the game with a boost that many other slots that don’t have.

There is nothing quite like the graphics and symbols found in the equalizer. Even the backdrop of the game stands out from the competition. It portrays a town of the future, bathed in neon lights.

Filling the reels are the typical slot machine symbols as well as diamonds, stars, dice and bars. The Lambo yellow sports car symbol is the one that players anticipate the most, as it has the highest value of any symbol in the game. A speaker symbol serves as the scatter and the game also includes a wild symbol, which expands and becomes stacked at certain times.

One of the major features of this game is its expanding reels. When it is triggered there are seven reels and six rows, which equal 60 pay lines. The expanded reel remains in place while the reels are spun once.

Players that get three of the speaker symbol on the reels at once activate the game’s free spin bonus. 10 spins are then awarded, and the expanding reel comes into play until they are completed.

The game’s expanding wilds have the capacity to cover the entire game screen. This can be extremely profitable for lucky players. Expanding wilds are known to occur while free spins are being completed. They become locked wilds, meaning they stay on the reels until the bonus feature concludes. Wilds often shift from one reel to the next, increasingly the likelihood of creating winning combinations. The shifting wilds move along to the beat of the background music that plays during free spins. With a speaker on both sides of the reels, it sounds like surround stereo to players. 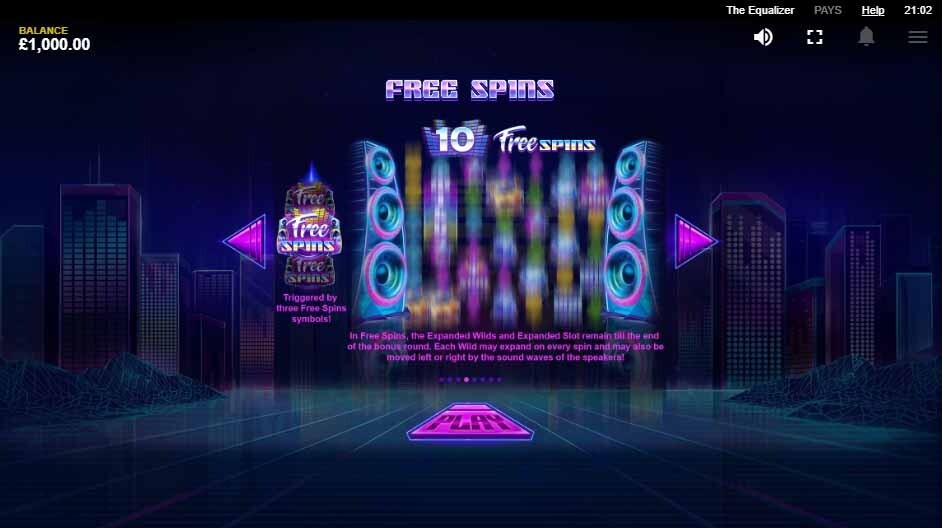 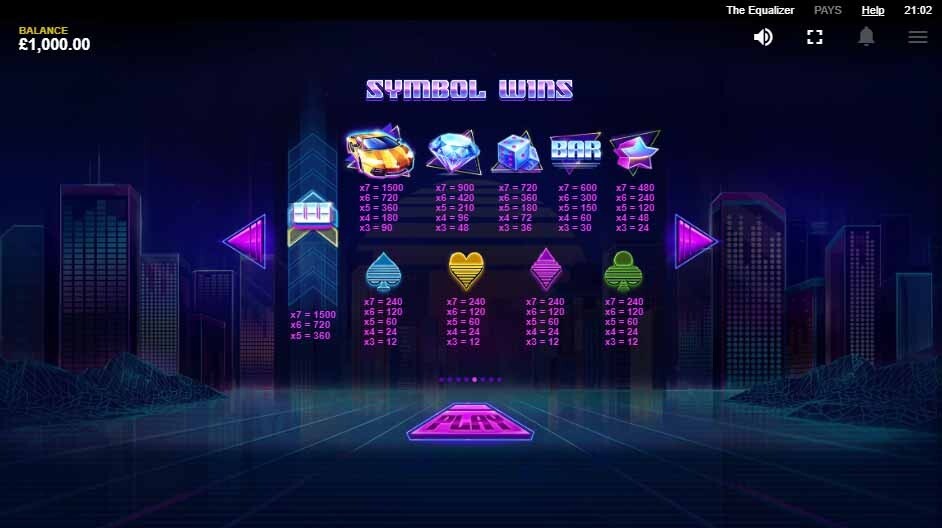 Many players initially think The Equalizer slot machine game is based on the movie of the same name. However, the game has nothing to do with the movie. Instead, it is based on the idea of an equalizer as a piece of musical equipment.

This game can be fascinating for musicians or anyone else that enjoys a good tune. The visual appeal of the game is perhaps its second biggest asset, after the music. This slot is definetly not for the faint of heart. Nor is it particularly suited to beginner gamblers, as the slot is more volatile than many others. For everyone else, it provides a glimpse into a world in which the future is unpredictable at best, but still holds intrigue.