The Golden City is an online slot with an Aztec theme. It is set in ancient times and portrays an Aztec civilization. The game takes a serious theme and makes it more appealing to players.

This game takes place in a lush, green jungle. On either side of the reels players see animated statues that occasionally blink. Greenery is wrapped around the statues as well.

On the reels, the symbols stand out. Gemstones and faces carved into wood are two of the most prominent symbols. They are brightly colored, drawing players’ eyes straight to the reels.

The wild symbol is a golden statue of an animal, which can become a stacked wild. A golden pyramid is the game’s scatter symbol.

Getting at least three of the pyramid scatter symbol on the reels is all it takes to trigger the Trail Bonus. When this bonus feature starts players are taken to a new game screen.

It resembles a board game and contains 20 blocks with one gold idol included in the middle. Players then click a button to roll a pair of virtual dice. They then move across the game board and pick up perks along the way. These include golden keys, free spins, and increasingly valuable scatter symbols.

When players reach the end of the game board they redeem the prizes they picked up along the way. If players only found free spins, they get to use them. But if they found three golden keys they get to play the Prize Pyramid. This is a bonus round

Players are shown a screen with five steps. The lowest step has a stone players have to click on. Under the stone will be the chance to move to the next step, or a multiplier. If players uncover the multiplier the bonus round is over.

If they don’t, they move up to the next step and pick another prize. Players that make it to the top step access the colorful Cash Wheel. When they spin the wheel they are guaranteed to win a large cash prize. 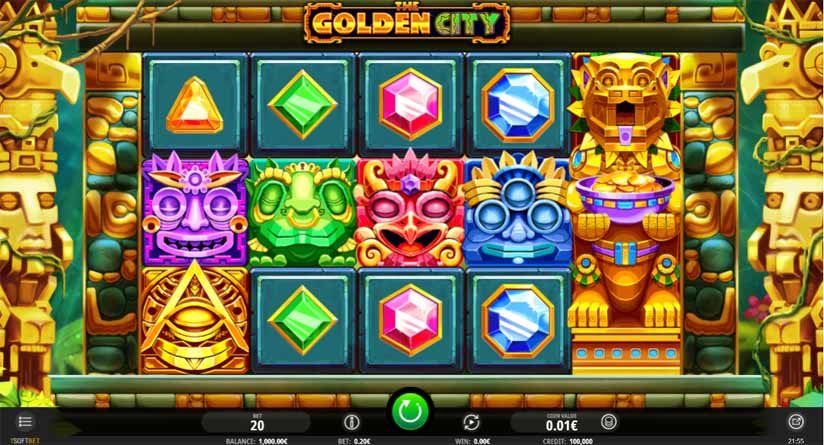 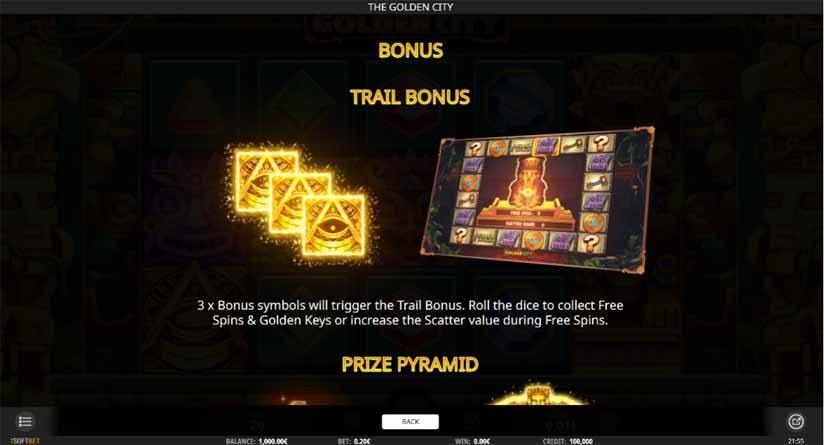 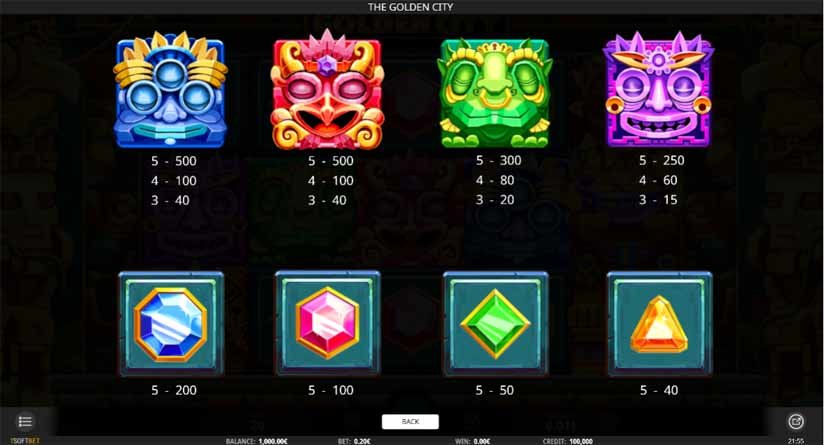 This high energy game is more interactive than others. Players enjoy the game for its bonus features. Visually, The Golden City can be very satisfying to players. It combines vivid graphics with exciting bonuses that players love.