In 1925, F. Scott Fitzgerald wrote a book called The Great Gatsby. In 2019, Genesis Gaming released The Great Cashby, a video slot machine game that pays tribute to the classic novel.

Set in the Gasby’s home, the game’s backdrop is uncomplicated. Anyone who has seen the 2013 Great Gatsby movie will likely recognize the graphics used in the game.

The reels on the screen are surrounded by gold ornaments frame. Filling the reels are the standard symbols seen in most slots. However, in this one, the symbols are presented in the same font that was used for the movie’s opening and closing credits. Four of the novel’s and movie’s characters are used as the main symbols in this game. While Gatsby is a symbol, so are Jordan, Nick and Daisy. The wild symbol in the game is represented by a champagne bottle. The scatter symbol is represented by a logo referred to as “The Great Scatter.”

When players get three of the scatter logo on the reels at once it triggers the 10 free spins. This portion of the game is called the backroom bar feature. The five level bar includes a separate cocktail on each level. Players have to then spin three of the game’s bonus reels. Progress is made for every cocktail a player collects. This allows players to win increasingly large cash prizes. 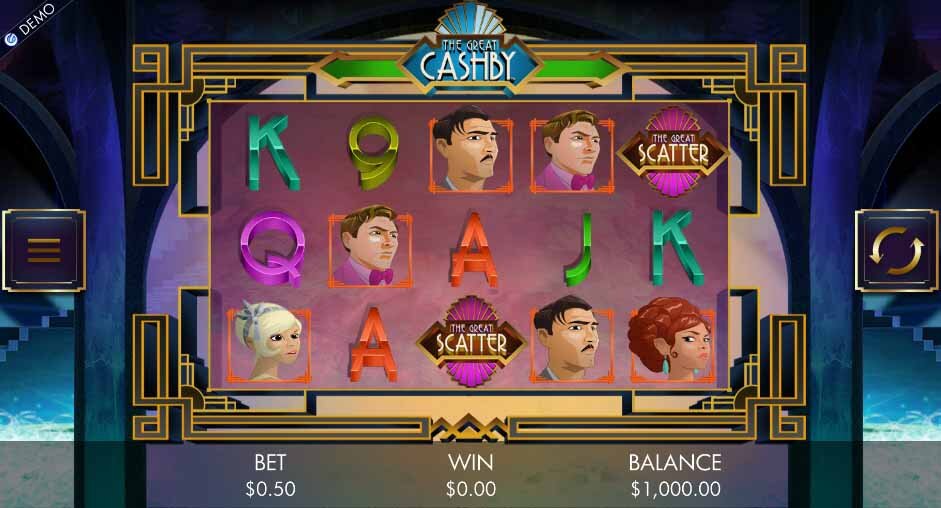 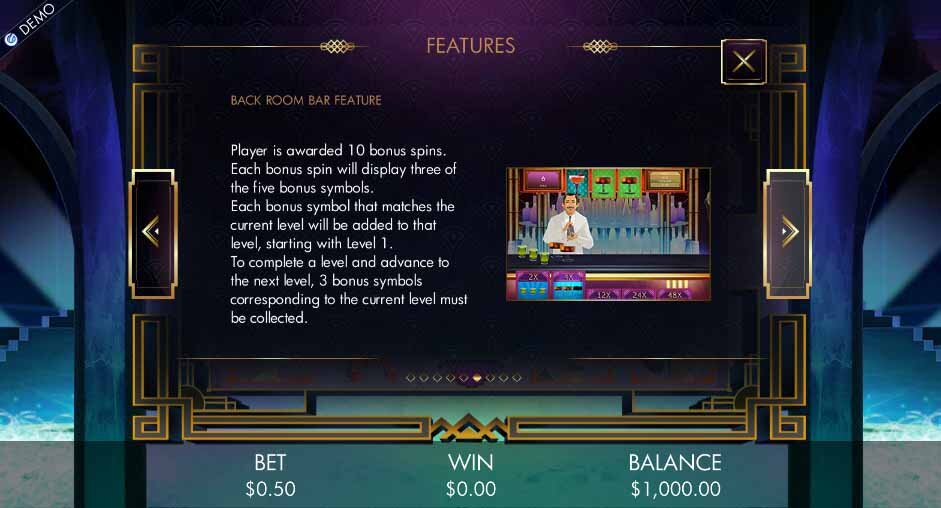 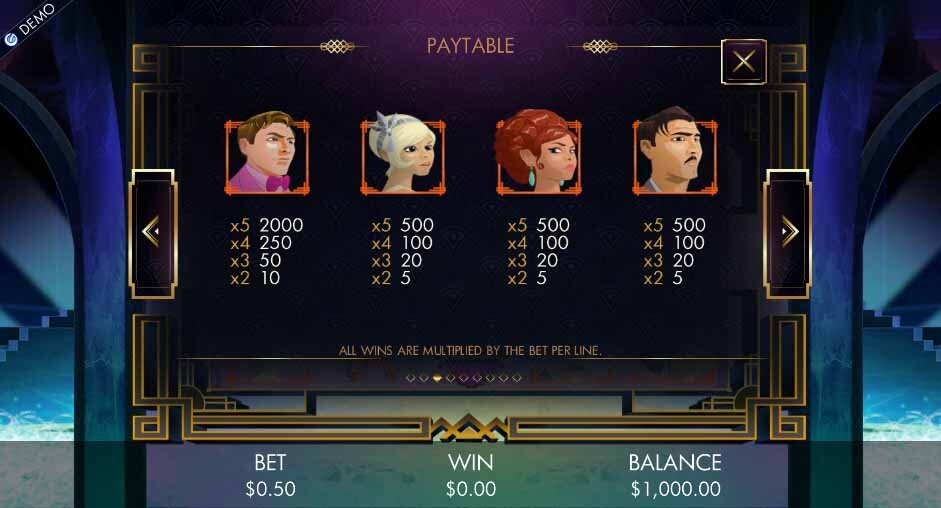 Games based on a piece of history tend to be the ones that draw in the most intellectual players. The Great Cashby is a great example of this. The name of the game could even inspire players that have never tried an online slot machine before.

The fact that the game takes its cue from the movie means that it is the highest quality possible. Whether a player has seen the movie, read the book,or both, they will feel a connection to the game.

One of the best parts of this game is that it introduces the book to a whole new generation. Players that discover the game without having read the book may be inspired to do so. When a game has that kind of power it’s something special.

These benefits aside, the game has plenty of merits on its own. Even if it wasn’t based on a classic novel, it would still be a home run. Though the game isn’t overly complicated, it has enough features to keep it interesting. Players can’t help but feel like they are in the lap of luxury and elegance when they try their luck at this game.