Titans of the Sun Hyperion

As the gods’ love children, Titans have a significant place in Greek mythology. This resulted in the online video slot machine Titans of the Sun Hyperion. Its Mediterranean setting features beautiful mountains and a bright blue sea.

Symbols used in the game include the Hyperion symbol which is a stacked wild. Any additional Hyperion symbol stacks next to the original one becomes a Mega Symbol and leads to significantly large winnings for players.

The game’s scatter symbol is the silhouette of a couple, and this symbol triggers free spins when at least three of them land on the reels after a single spin. Players are then given 15 spins of the reels for free and there is always the chance that the free spins will be retriggered during this round.

The standard symbols in the game are diamonds and crowns, shields, Pegasus the Winged Horse and the Flaming Phoenix. The special wild power symbol is the Titan of the Sun.

This simple but fun game has a sister game, called Titans of the Sun Theia. The two games are very similar and are both based on Greek mythology and the characters that are a part of it. 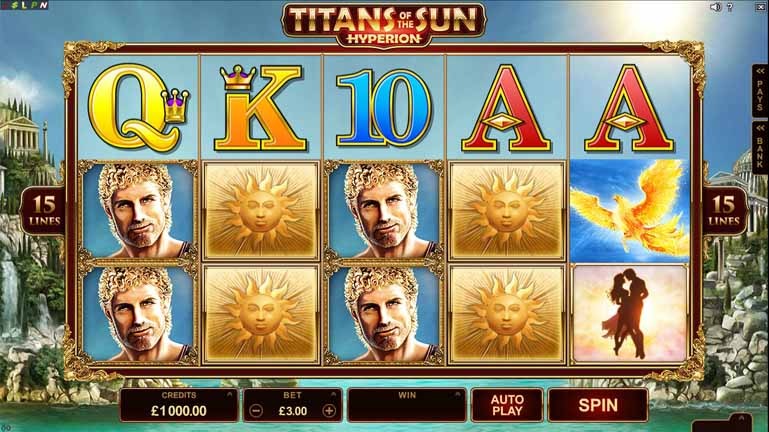 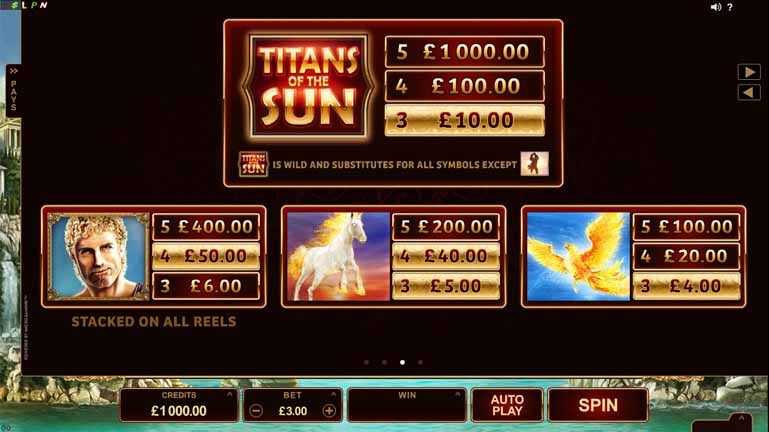