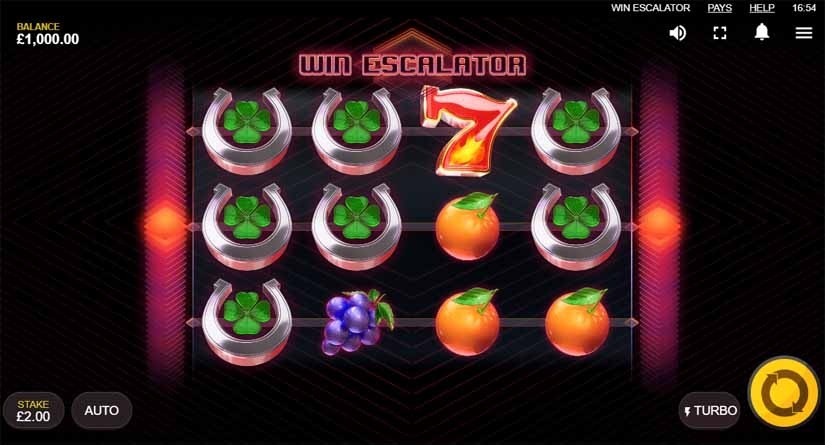 There is no apparent theme to the online video slot, Win Escalator. It has the appearance of a 1980s video game and keeps its features simple. This is a game that players new to the world of slot machines can get a feel for them from.

Set against the backdrop of a starry black night, the reels in Win Escalator are transparent. The symbols on the reels are reminiscent of the classic slots. They include a bell, the number seven, a shamrock, and brightly colored oranges, grapes, watermelons, lemons and cherries. A diamond is the wild symbol in the game. The scatter symbol is the words “free spins.”

Three of the scatter symbols on the reels at once awards players the free spins they covet. During those 10 free spins, arrows randomly appear on the game screen. For every arrow another row is added. Players may have as many as eight rows on the screen after that. Wilds are also added to the reels. Each one gives players an additional free spin. 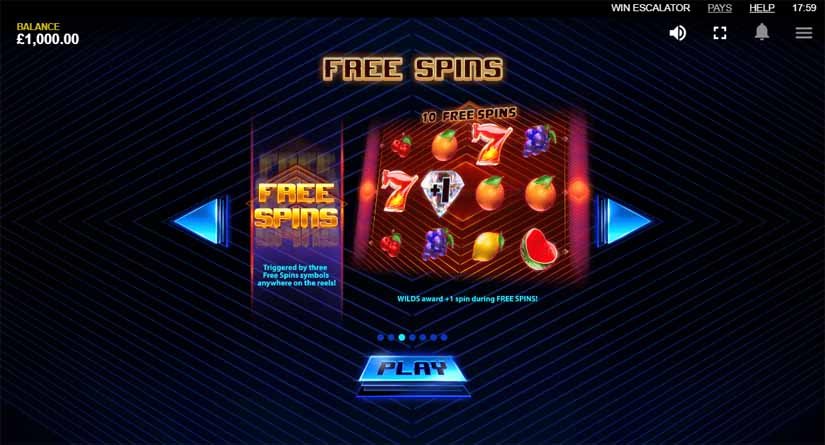 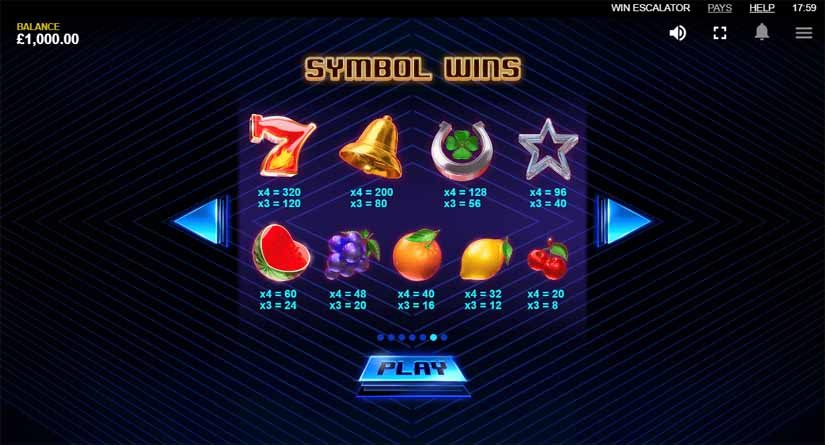 Some video slot machines are flashy and complicated. Win Escalator is not one of them. It is one of the most basic slot machines players will find anywhere online. While it adds some modern twists, at its core it is a classic fruit machine.

The bright lights of the symbols on the reels are about the only thing that does make it feel modern. Its free spins feature is a bonus players are used to getting, but a watered down version of it. A slot that won’t even allow free spins to be re-triggered is not one players are going to flock to.

There is nothing extraordinarily special about this game. It is one of many classic fruit slots designed to appeal to older player but also introduce these games to younger players as well.

However, Win Escalator is one of the easiest slot machine games to understand. It can be ideal for those who simply want to relax and unwind after a hard day. The auto feature makes the game even more relaxing. Players can choose from a pre-set number of spins that will be completed with no human input.

This is also a great teaching tool for those who are new to slot machine games. They can sit back and watch how the game is played. Doing so will make it easier for them to start playing other slots.

With nothing more than basic bonus features, Win Escalator introduces new players to what they can expect in almost any slot. It may even encourage players to upgrade to games with more to offer.