For a blast of winter all year long, players are flocking to the Wolf Ridge online video slot. Its artic theme is sure to keep them coming back for more. It even has some features players won’t find in other slots.

The game is set in a snowy region with a background of a village, featuring mountains covered with snow. The northern lights complete the background scene. The reels are filled with colorful gems, animal graphics and ice crystals that sparkle on the screen. The animal symbols include wolves, raccoons, lynxes and mouflons. A tribal rug surrounded by a wooden frame serves as the wild symbol. The scatter symbol is a wolf that is crying. Whenever a winning combination of symbols occur the ice crystals highlight them.

One feature Wolf Ridge has that not all slots do is the prize disk. In the base game, the prize disk is an additional reel. It is located above the other reels and lies horizontally. Getting a scatter symbol on the first, third and fifth reels simultaneously get players a prize. Scatters on a reel previously selected award a specific prize specified in the game.

The prize disk is where it is specified. Every time the reels spin the prize moves from one reel to the next. Any reel three prizes a player wins are tripled.

When players get a free spins icon on the reels, they win 10 of those spins. Every free spin icon triggers another 10 spins for free. However, players can’t win more than 30 free spins per gaming session. Free spin sessions often include the addition of more scatter symbols on the second and fourth reels. 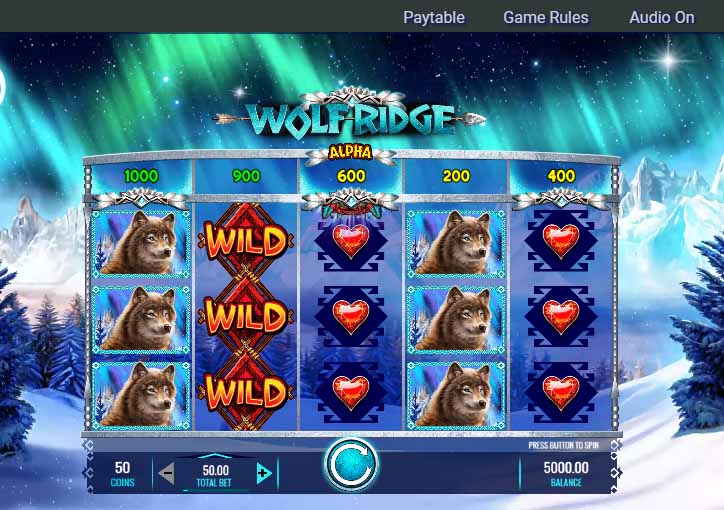 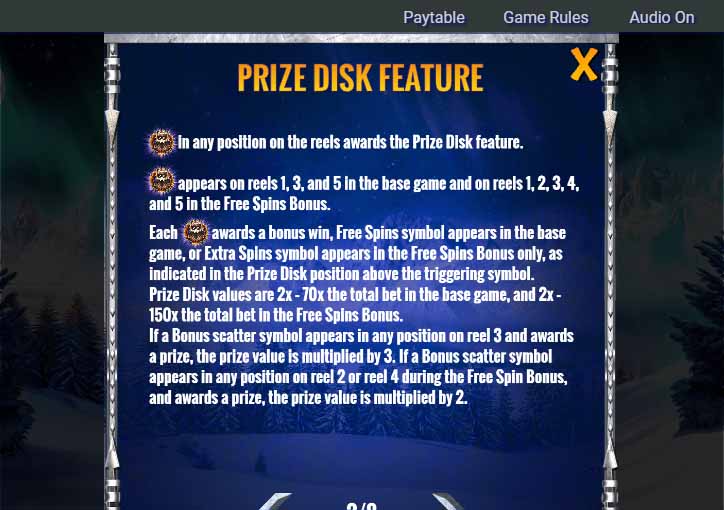 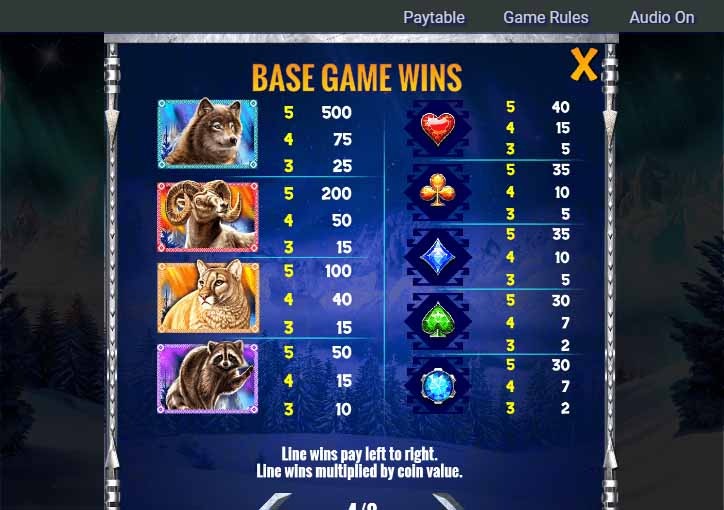 Wolf Ridge lacks the traditional bonus features, aside from free spins. Yet the addition of the prize disk makes the game compelling anyway. While it is not ideal for those new to slot machines, more experienced players may enjoy Wolf Ridge for its unique bonus.

From a visual standpoint, Wolf Ridge is an interesting game. Its graphics and background, compared with an accompanying soundtrack, can help immerse players in a different world.

The theme of the game is not completely original, but it is presented in an original way. Other artic themed slots don’t go into the detail that this one does. Curious players may find that the game shows them what it’s like to live in the arctic.

There are few things to dislike about this game. Though it lacks a progressive jackpot, its unique bonus can help players walk away as big winners. Video slots, that have fewer features than others, must rely on their bonus to convince players of their entertainment value. No slot machine does this better than Wolf Ridge. It is one game that players won’t soon forget.