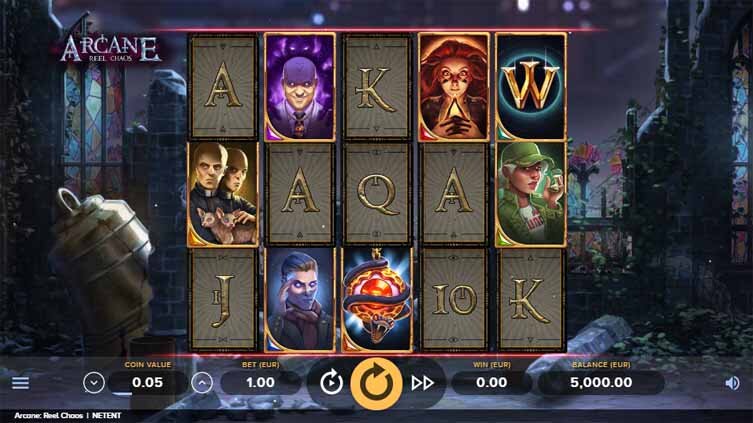 There are many dystopian themed novels, but few dystopian slot machines. Arcane Reel Chas breaks the mold. The game is set in a city where a madman is possessed and is terrorizing its residents. This sets the mood for the game and lures players in.

The graphics, background and symbols in this game are presented as a graphic novel would be. It takes a very dark approach to the genre. The reels are filled with characters that are intriguing to players. The main symbols on the reels are the game’s four magicians: Psyop, Flare, Xero X and Chronos. Each magician boasts a special feature that adds to the appeal of Arcane Reel Chaos. They pay out more than the game’s villains, such as Deep Pockets.

The magicians aren’t the only symbols that can trigger a bonus feature. One unique aspect of Arcane Reel Chaos is that the hero playing card symbols do too. While the free spin bonus is triggered with the scatter symbol, other symbols trigger random bonuses.

The bonuses that the magicians trigger are always random. Two to three reels on the game screen are covered with wild symbols when Psyops is one that triggers the bonus. Chronos triggers a bonus for players on random spins of the reels where a winning combination of symbols is not achieved. Her bonus involves the continual spinning of the reels to form a winning combination. When Flare’s bonus is activated he adds a multiplier wheel which can triple or quadruple players’ winnings. The luckiest players win five times the amount. Zero X’s random bonus involves adding more wilds to the reels.

The free spins come into play when at least three of the bonus symbols land on the reels at once. Every time a free spin is completed one hero playing card gets into a battle with Deep Pockets, with the hero on the screen’s left side and Deep Pockets on the right. If a hero wins the fight players get a multiplier. If all four heroes win fights against Deep Pocket players get the game’s Victory Bonus. 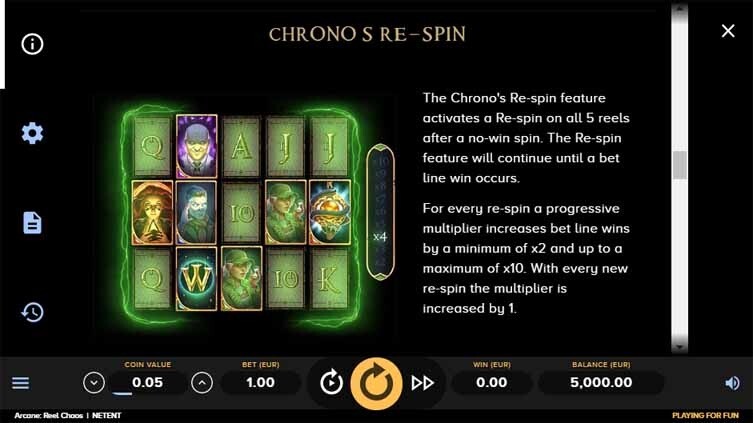 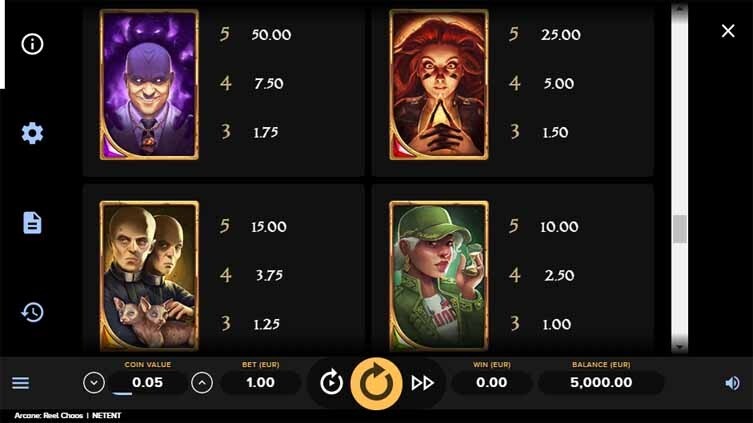 There are many things to like about Arcane Reel Chaos. Its dystopian theme is one most players wouldn’t automatically think of when it comes to slot machines. However, the way the game is presented, anyone can become riveted by it.

The bonus features that are unique to Arcane are what make it stand out from the competition. Players hope to experience the bonuses each magician has to offer. This keeps players engaged in the game and gives them a sense of anticipation. The battles between good and evil are enough to win most players over.