Playtech has released a series of sports themed progressive jackpot slots for online casinos. One of the titles they have released is Ascot Sporting Legends. Its jackpot is connected with many other games as well. This means players can win big if they are lucky enough.

Ascot Sporting Legends uses very simple symbols. There are three wild symbols that appear on the reels. They are Gold, Bronze and Silver cups. The Gold and Silver Cups become expanding wilds. In addition, the Gold Cup will bring players a multiplier if it helps make a winning combination. These are the most important symbols in the game, aside from the scatter. A racehorse serves as the game’s scatter symbol.

When players get the racehorse symbol on the first, third and fifth reel, a side game is activated. The side game awards players free spins. The screen will fill with the faces of several women. Players click on one and see how many free spins they get. Every time players get free spins additional wild symbols are added to the reels. This can increase players’ chances of winning money. There is also no end to how many times those free spins can be retriggered, which can also make the game profitable.

In addition to free spins, a randomly triggered bonus game can award the progressive jackpot money to lucky players. The Mega Jackpot is a huge cash win for those who strike gold. There are also daily and weekly jackpots to be won. 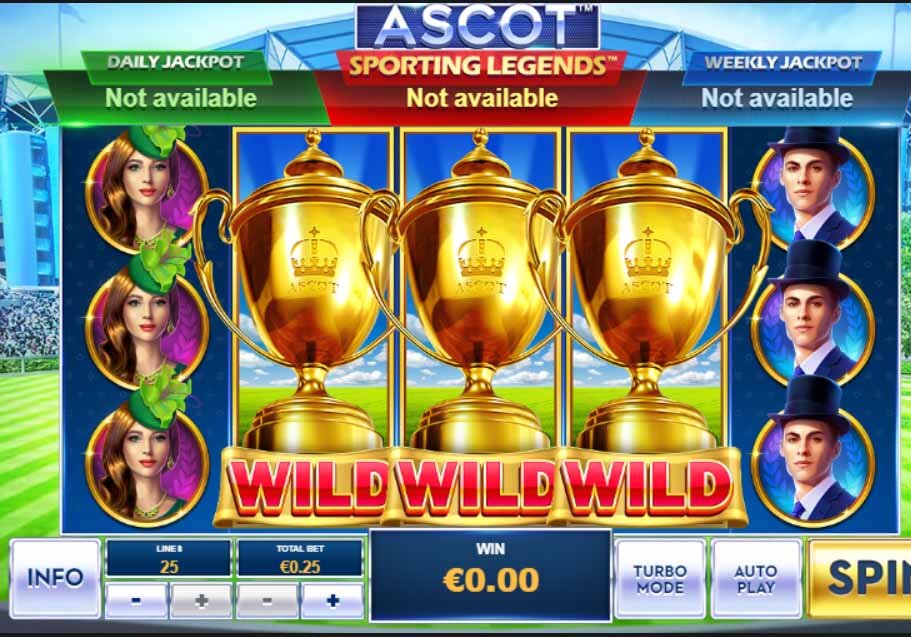 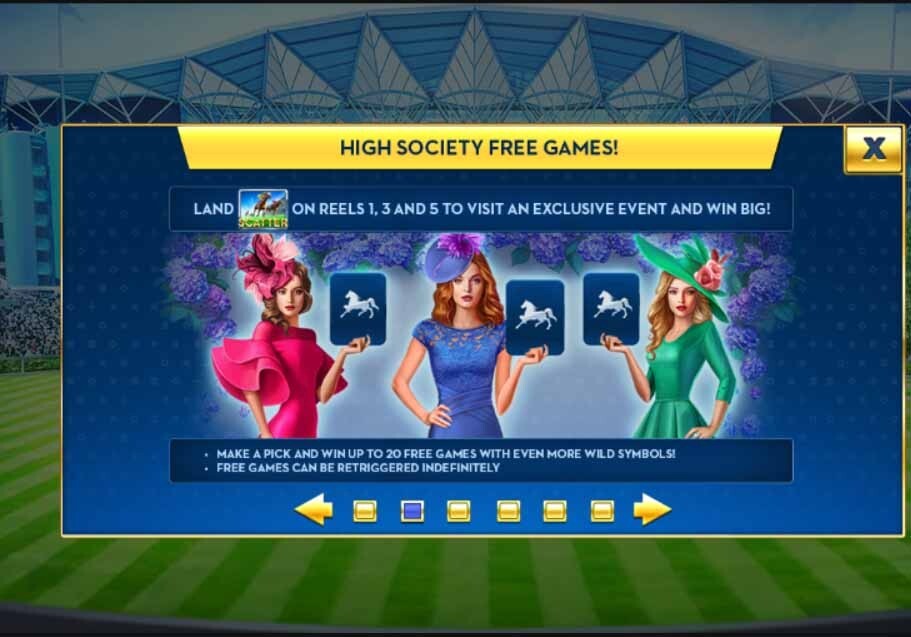 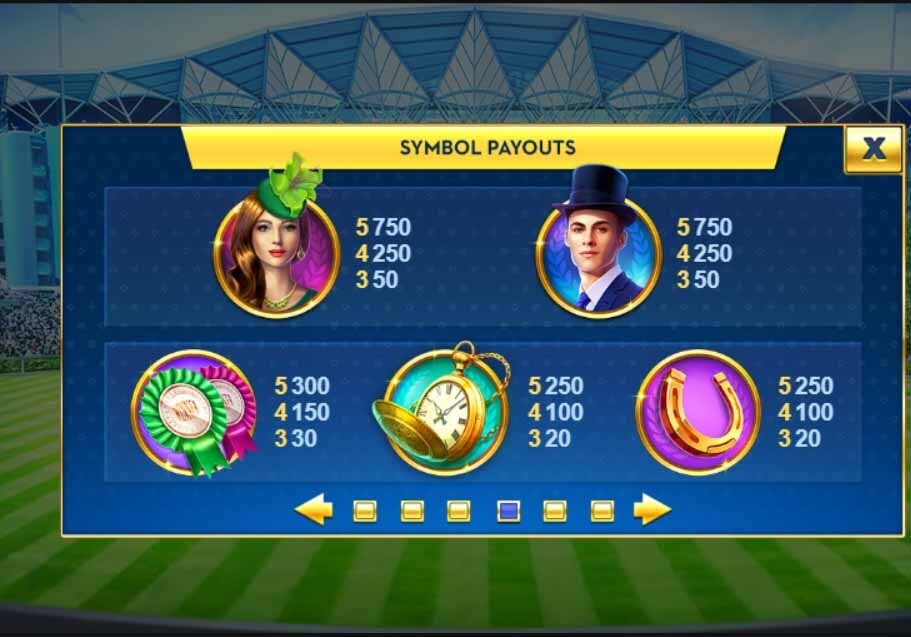 There are many sports themed slot machines that they tend to blend together. None seem particularly memorable or desirable to players who aren’t interested in sports. Horse racing is somewhat of a limited genre. It may be that the majority of today’s younger slot machine players have no interest in it. While older players may be interested, they are also somewhat less likely to use online casinos.

For those who are interested in the game, there is good news. They are not limited to playing it on their desktop. Ascot Sporting Legends can also be played on a tablet or smartphone. The graphics and gameplay are just as flawless on these devices as they are on a desktop computer. This opens the game to players who are always on the go.

Many online slots are overly complicated and flashy. However, this game is simple to learn and to play. In this way, it is ideal for new players just learning their way around a slot machine. The game provides enough excitement for first time players and the lure of a progressive jackpot for everyone. The series of games connected to the jackpot make it extremely popular.

Minimum deposit of £10, x45 wagering, Roulette and blackjack 50% weighting. Bonus Valid for 7 days. Not available to customers using Moneybookers/Skrill or Neteller as a payment method.