Batman and the Joker Jewels

Batman & The Joker Jewels is an online video slot machine based on the original 1960s Batman TV show. The game’s symbols are the characters; Batman, Joker and Robin. Each of these symbols can become a stacked symbol during gameplay, though Batman is the highest paying symbol.

The other symbols used in the game are taken from the TV show as well. This includes the Batbike and Batmobile as well as the utility belt, boomerang, a fake gun and chattering teeth.

Players that get a bonus symbol on reels one, three and five when they had gotten random wilds during the spin as well get to play the Batman vs Joker free games feature. For this feature players have to choose to use a multiplier with Batman or with the Joker. Getting the Batman/Joker on the reels moves the multiplier to one side or the other of its meter. Players get as many free spins as it takes until the multiplier meter is pointing to the button that says “correct.”

Complete with clips taken directly from the TV show, Batman &The Joker Jewels is an enjoyable game for fans. 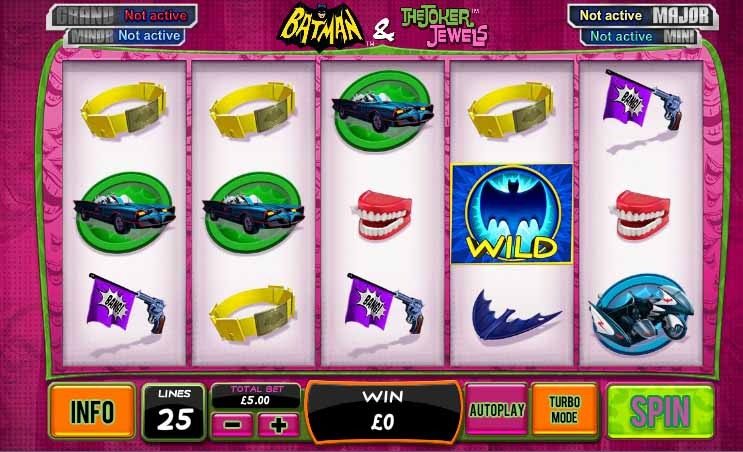 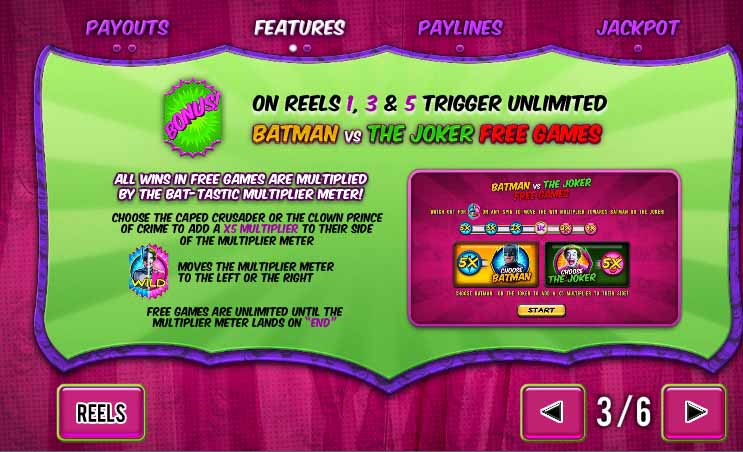 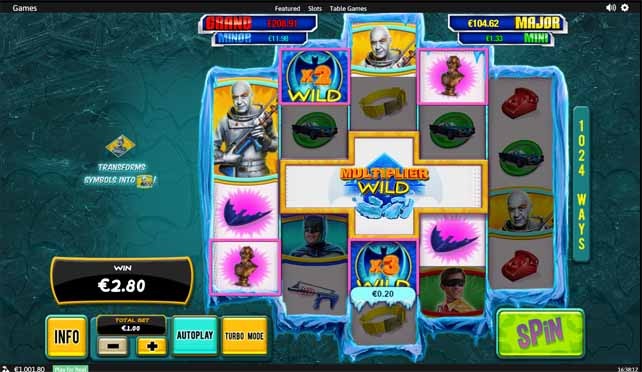