Batman and the Penguin Prize

DC Comic fans that can’t get enough of Batman are flocking to the Batman & the Penguin Prize online slot machine. The game is based on the original 1960s Batman TV show. Players will find all the characters they know and love on the reels, such as Batman and Robin as well as Penguin and Clancy O’Hara, Chief of Police of Gotham City. Other symbols used in the game are some of the Penguin’s classic possessions; his Batarang, umbrella, hat and statue. Not surprisingly, Batman serves as the game’s wild symbol.

Exciting features found in this game include Penguin Re-spins. When this round is triggered, players must act as Batman and stop Penguin from playing pranks on him. A winning combination of symbols during regular gameplay will trigger this feature. Consecutive free spins also bring with them Mega Symbols that greatly increase a player’s chances of winning cash.

Another exciting feature is the fact that at any point during gameplay progressive jackpots are randomly awarded. There are four different jackpots and if the round is triggered players will win at least one of them.

Batman & the Penguin Prize is one of many Batman themed slot machines that can be found at select online casinos. This particular game is ideal for anyone who is a fan of Batman and/or the Penguin, but if you’re more of a fan of the Joker, then give Batman and the Joker Jewels a try too. 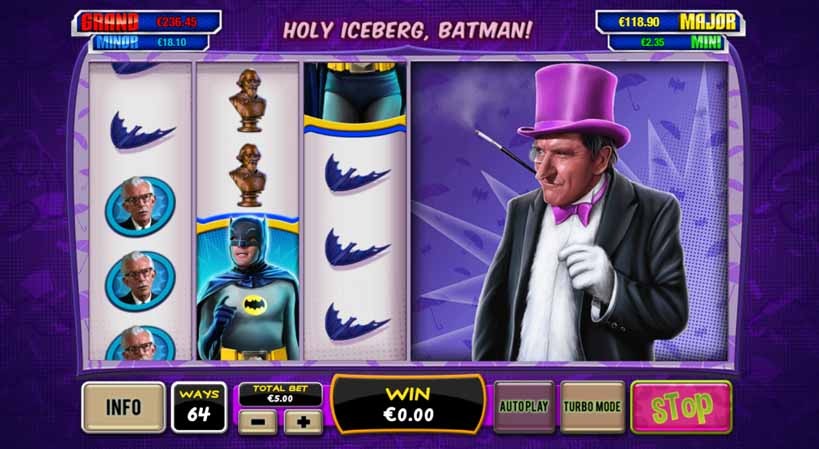 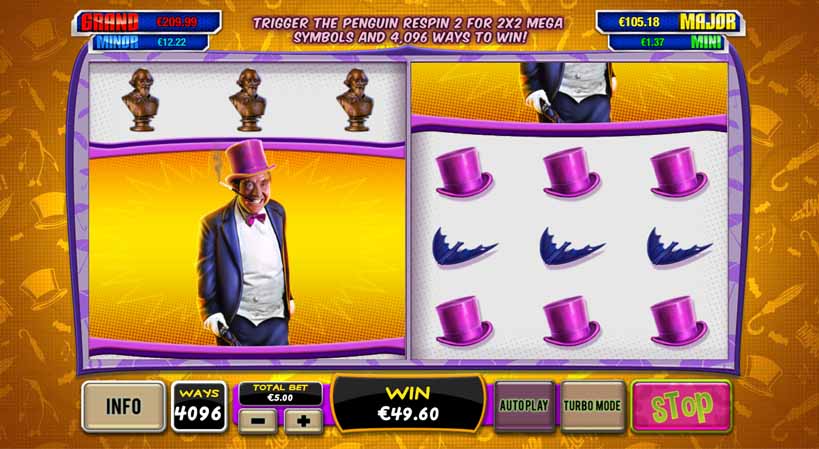 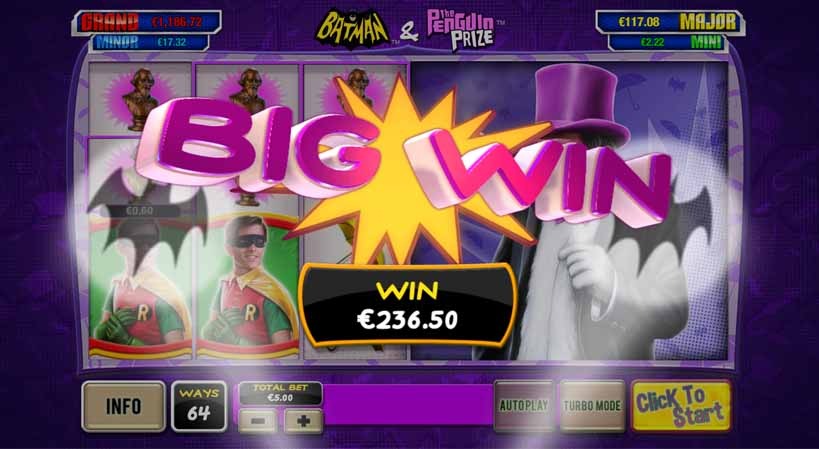