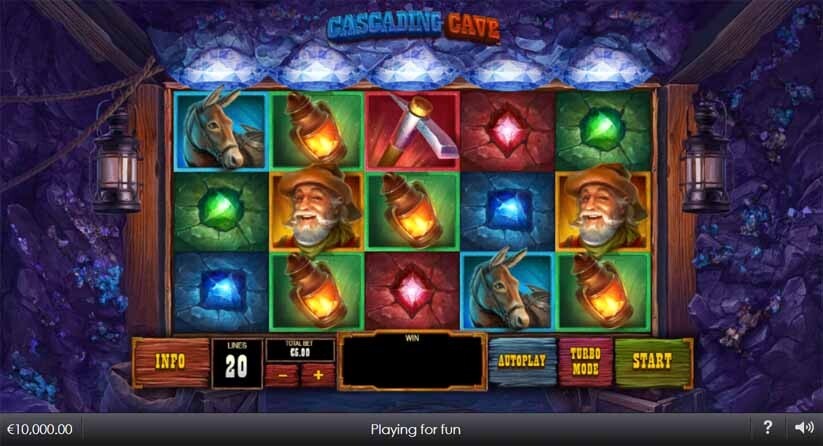 Deep underground, players can escape to Cascading Cave. This explosive video slot machine is every cave dwellers dream. Its a dark look at a world most people aren’t familiar with. Its mining theme is not one that most other slot machines tackle.

On the reels are a donkey, pickaxe, and a lamp. It also contains gems in three different colors. A bearded miner man is the other symbol on the reels, along with a white diamond that serves as the game’s wild symbol. Dynamite sticks serve as the scatter symbol in the game.

When players get the dynamite sticks on the reels at least twice in one spin, the Diamond Drop feature is triggered. If players look over the reels they will see the dynamite sticks and find out the number of multiplier wilds they are about to get. The wilds result in players winning anywhere from double to five times the amount they would have won otherwise. Collapsing reels then come into play. 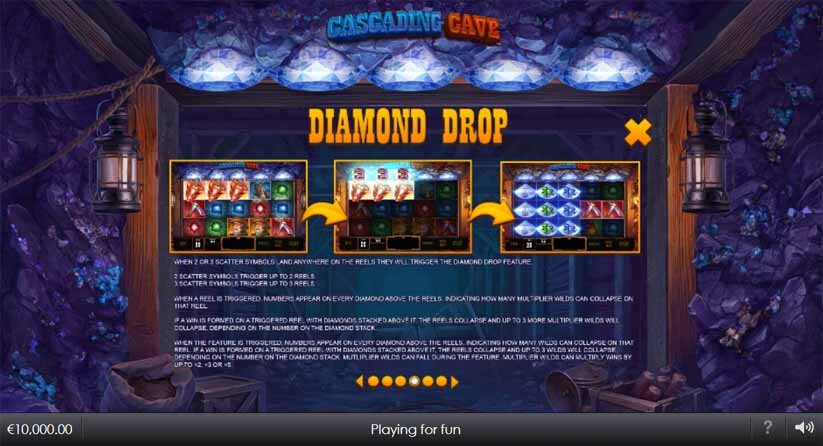 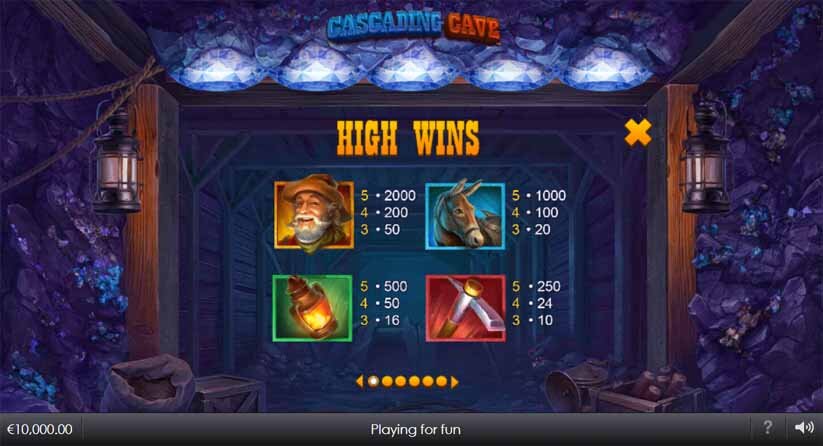 There are few other online slots that are as much of an adrenaline rush as Cascading Cave is. The name of the game gives player a hint at what they are in for when the reels spin. The collapsing reels give the game a modern feel that experienced players love.

This game may not be ideal, for beginners but for anyone else, its a real treat. The thrill of the bonus features is enough to get any player’s blood pumping. The dynamite brings the whole screen to life when it explodes. For players who thrive on action, this is a winning element of the game.

While the theme isn’t the most unique ever, it’s one that hasn’t been overdone. But if players do enjoy the theme, they will likely have fun with Wild Falls, and Dwarf Mine.

These games prove that players enjoy games that don’t take life themselves too seriously. Cascading Cave is a walk on the wild side that players have come to embrace. The game’s future looks bright due to its popularity.