Play N Go has given online casino members another choice in the Mayan culture genre. Contact focuses on Mayan life in Central America as its theme. The symbols and graphics used in the game perfectly represent it.

Carved into stones are snakes, monkeys and falcons. These serve as game symbols, along with ancient Mayan masks. Clusters of symbols come together to add an extra element of excitement to the game. The background of the game includes a Mayan temple with the forerunner being a wall.

There are no traditional pay lines in Contact. Instead, clusters of symbols lead to winning combinations for players. Anytime players get five of the same symbols lined up on the reels they get a cash prize. The amount of money players win is determined by multiplying the amount of symbols with the value of them.

When a winning cluster is formed money is paid out and the cluster disappears. A new cluster then takes its place, which may or may not lead to an additional win. If it does, the bonus round continues. If not, it ends and normal gameplay resumes.

While clusters are a great bonus feature, they aren’t the only one. Multipliers are also included in the game. During the regular and super bonus rounds, multipliers can give players two, four or six times their winnings.

Bonus round features players love includes the upgrade of symbols. It also includes extra free spins and the block destroyer. In the event the entire game screen contains winning symbols at the same time, it triggers the Super Bonus Round. During this round, players get one of the three above mentioned bonuses. The highest value prize a player can get from this comes from a block destroyer. When players get one within the Super Bonus Round they get a 30 times multiplier. 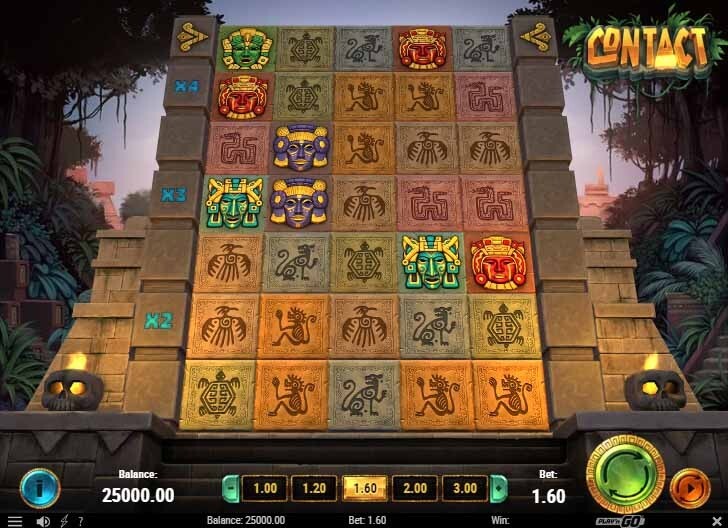 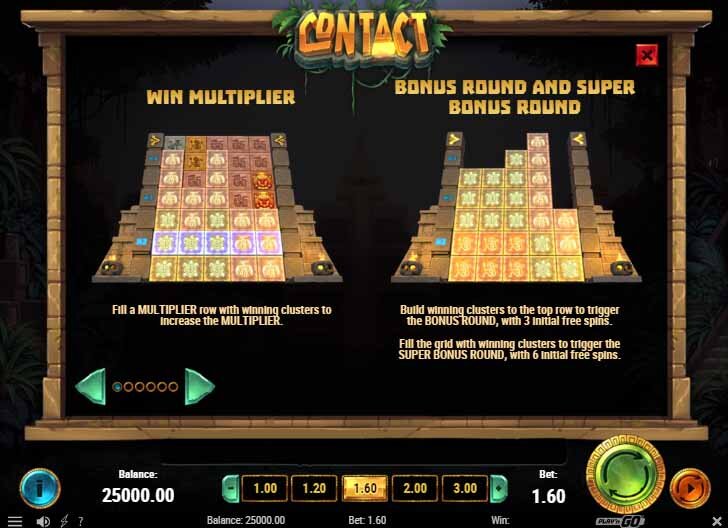 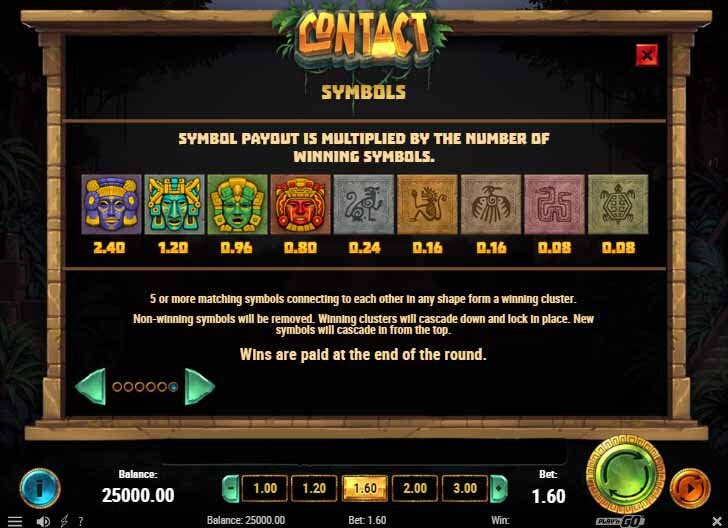 Contact is not like other video slot machines. It has features others don’t, but lacks some that many do. One of the highlights of this game for most players is its 3D graphics. Those graphics are just as visually appealing on a computer screen as they are on a mobile device.

The graphics and ease of play make this game the perfect choice. No matter where players go they can take the game with them. It has enough bonus features to make it fun but not so many that it becomes confusing. Both seasoned and new players will find reasons to enjoy this game. While there are many Mayan themed slots, no one else tackles the theme quite like Play N Go does. It is set to become one of the most popular games in the industry.