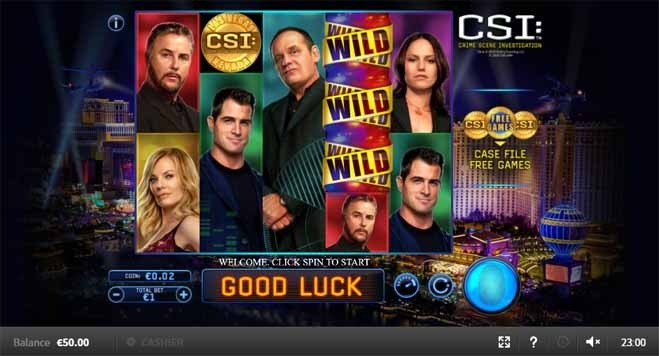 Based on the popularity of the show, CSI: Crime Scene Investigation, inspired its very own online video slot machine. Those who have watched the show will recognise the lines spoken in the game. These include video clips to make the experience even more immersive. The only question is, do players need to be fans of the show in order to enjoy the game?

Anyone that watched CSI knows it is set in Las Vegas. The game stays true to this, as players will see the Strip lit up at night as the backdrop behind the reels. When players launch the game, before they see the reels, a video of clips from the TV show introduces its slot.

The symbols seen on the reels were taken from the show. Symbols include characters such as Gil Grissom, Greg Sanders, Paul Guilfoyle, Sara Slide, Catherine Willows, and Nick Stokes. The non-character symbols used include a flashlight, gun, bullet, empty glass tube, and a magnifying glass. The wild symbol is yellow crime scene tape.

To trigger the bonus called the case file, players must get both the free games and scatter symbols on the second, third, and fourth reels. It comes with eight free spins. This unique bonus feature requires players to choose one folder, representing a specific case file. Players then work with one of the show’s characters to solve the case.

While the free spins are being played there are only two different symbols on the reels. One symbol is the character a player picked to work with, and the other is one of the tools the character would use. Free spins can be triggered again at any point during the bonus round.

Sometimes players will be lucky enough to get a full screen of the game’s highest paying symbols. If they do, players win an extra bonus determined by the game. 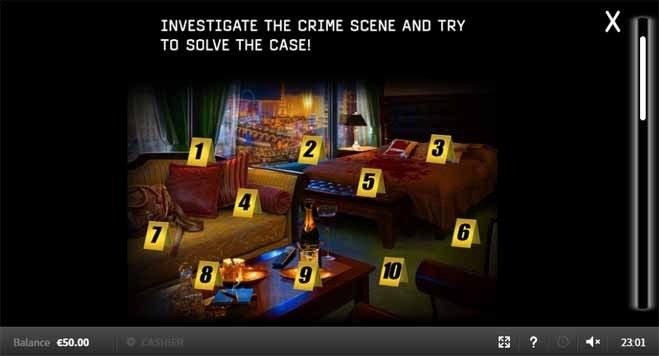 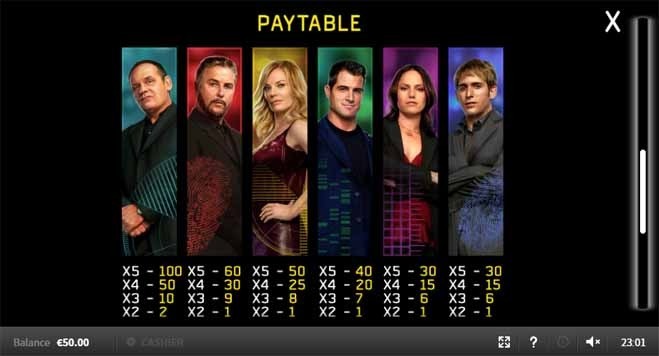 With so many chances of winning money, many players may find this game appealing even if they aren’t fans of the show. The interactive case file bonus helps players feel like they have become one of the investigators in the unit.