Due to the success of Net Ent’s Dead or Alive video slot, the company released its sequel, Dead or Alive 2. The second coming of this game features enhanced graphics and bonus features.

The game is set in a village out West. With a clear game window, players’ eyes are drawn straight to the reels. On either side are wooden beams, representing where people used to be hung. Dead or Alive 2 follows the Apache Kid, Billy the Kid, Della Rose, Bell Star and Jesse James as they embark on a heist.

Certain symbols seen on the reels pay more than others. These include a sheriff’s star, whiskey, handgun, cowboy boots, bottle and glass, and a hat. Not surprisingly, a wanted poster serves as the game’s wild symbol. When free spins are activated the wild symbol transforms into one of the outlaws. Cotts serve as the scatter symbol in the game.

Three scatter symbols on the reels at once triggers free spins. The game boasts three different potential features for this bonus. Players are then taken to a new game screen. The screen lets them choose which of the three features they want to play. When they pick one, they get 12 spins of the reels for free. The only catch is that those free spins cannot be retriggered during the bonus round. Yet players can extend their free spins if they get one wild on each reel in one spin, or if they get multipliers. This gets them an extra five spins for free.

The High Noon feature can be more profitable than the first two. Anytime a wild lands on the reels it becomes sticky. In this round players can get as much as a 15 times multiplier. Like the other bonuses, this one rewards players with five extra spins as long as a wild appears on the reels.

These free spin features keep players engaged in the game. It gives them a reason to keep returning to it. 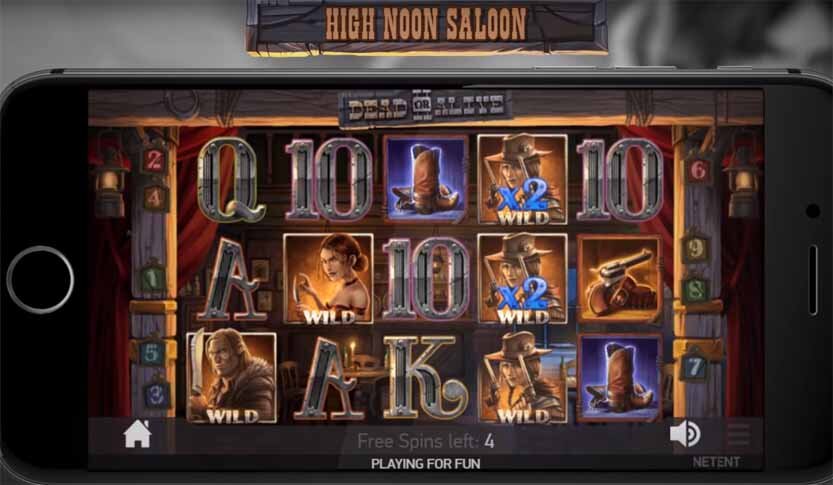 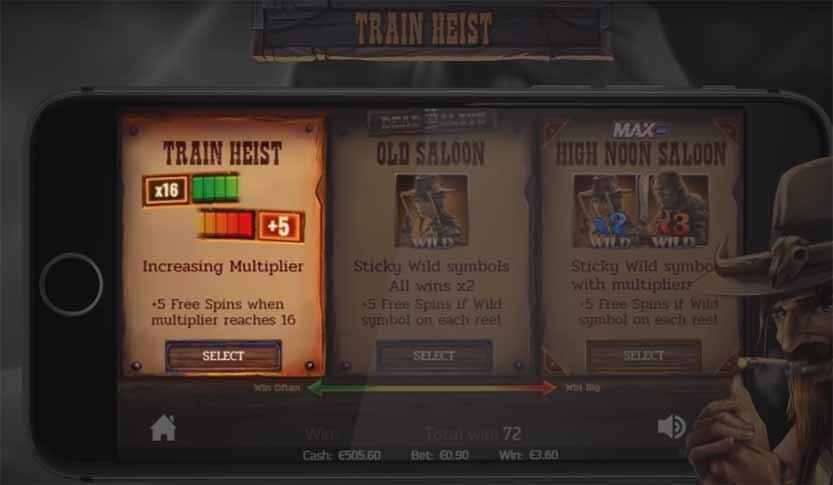 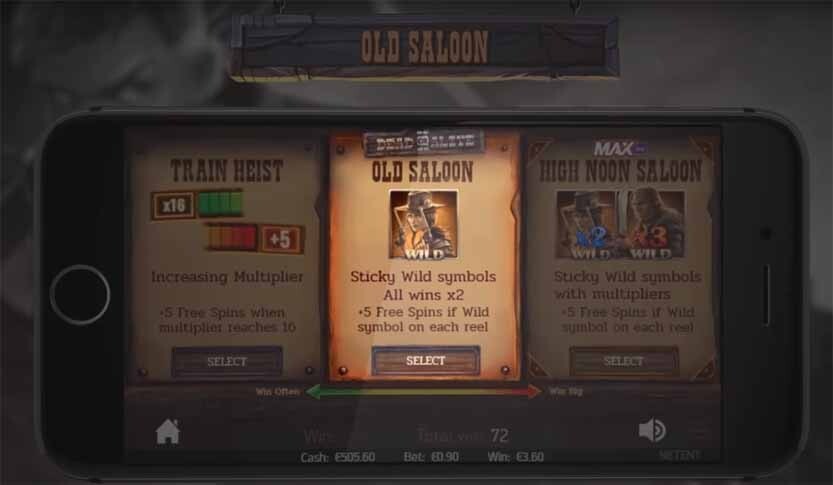 Those who played the original Dead or Alive will recognize the Old Saloon free spins. In this free spins feature, the wilds do become sticky. Every winning combination of symbols has a double multiplier applied to it. Multiple wilds on the same reel can result in tripling a player’s winnings. Like the Train Heist, this one also offers extra free spins to lucky players. Even for players who haven’t yet played the original, the sequel really hits the spot. With extra free spins and the additional bonus features, it makes for a high value casino experience.