Dork the Dragon Slayer is an online video slot machine about a Knight. His mission is to fight off dragons in his quest to rescue the kingdom’s princess. Its medieval theme is one that resonates with players. The game includes theme appropriate music that helps set the mood.

As the game opens, players see an arena where jousting takes place. In front of this scene lies the translucent reels. To the left of the reels is a pole with three dragons on it. On the reels are lances, sunset and coloured banners, and swords. A wanted poster serves as the game’s wild symbol, though there is no scatter symbol on the reels.

With fire breathing dragons and other characters, Dork is a treat for the eyes. He takes to his stick horse to travel the distance of the field. Players may even see him fighting the dragon seen on the wanted posters.

There are many bonus features in this game, some of which are randomly triggered. These features include scorched reels, as well as fireball and wanted wilds.

The scorched reels feature means that a reel catches fire and wipes out the symbols in it. They are then replaced with new symbols. These new symbols always form a winning combination.

The fireball wilds feature causes the dragon to breathe fire. Any symbols affected by that fire are transformed into other symbols. The wanted wilds feature adds anywhere from one to three stacked wilds to the reels.

The bonus begins with a battle between Dork and the dragon. Special symbols are seen on the reels when this happens. The special symbol could be the dragon, Dork, a shield, a health poison and a dragon poison.

The dragon symbol launches an attack on Dork. When it does, the dragon’s health begins to deteriorate. The opposite happens if the Dork symbol appears on the reels. The health potion symbol makes Dork 100% healthy again. The shield symbol keeps Dork safe in the event of an attack. The dragon poison symbol immediately kills the dragon.

Free spins end when either the dragon or Dork wins the battle. Players may go through several dragons before Dork loses his life. For every dragon that Dork kills players get a multiplier, the value of which increases by one. The luckiest players will win Hero Spins, which gives multiple free spins that have a five times multiplier attached to them. This pays out the biggest win players can hope for. If they can help Dork triumph, they are rewarded for it. 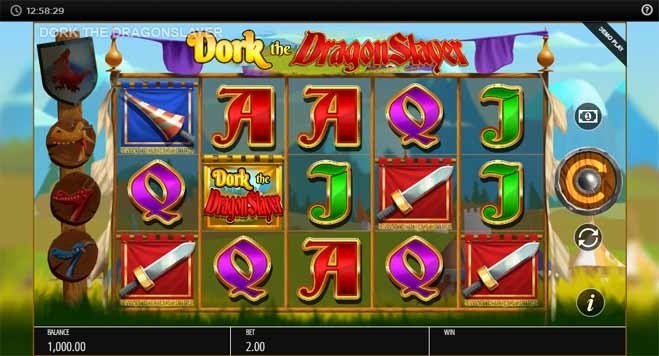 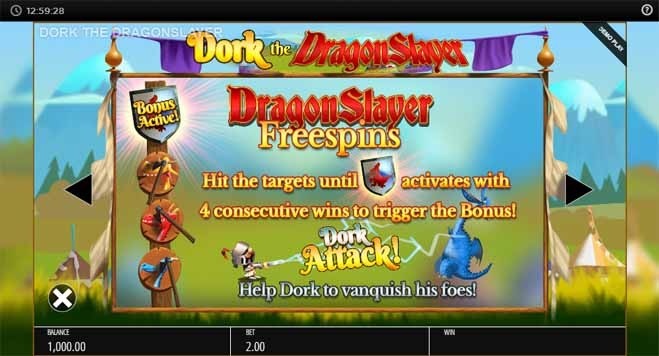 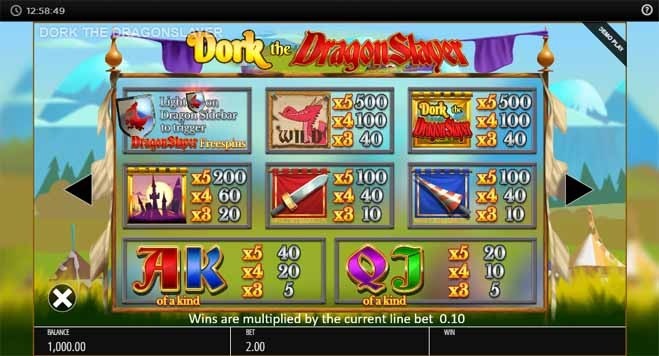