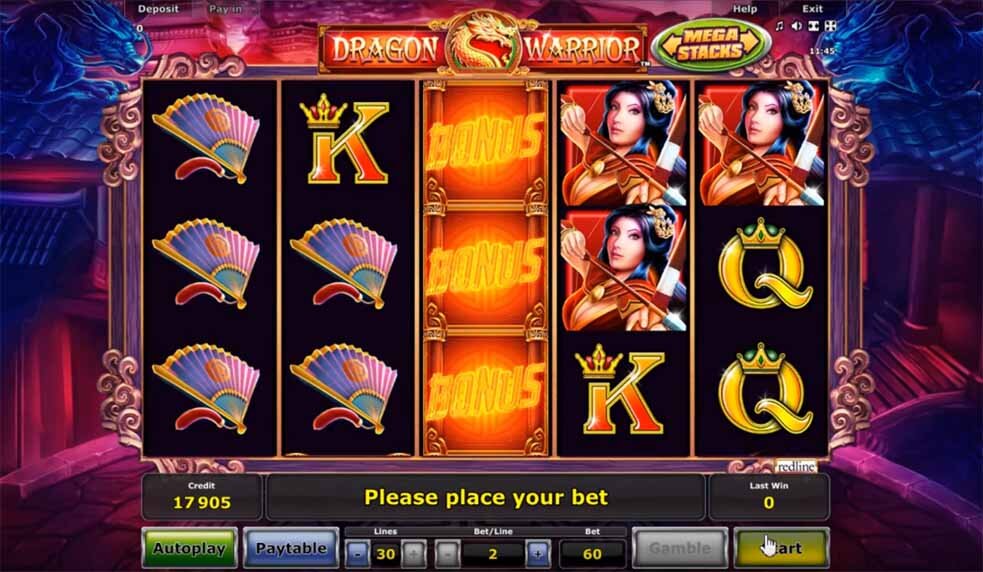 Chinese culture is a theme commonly found in online slot machines. Dragon Warrior is no exception to this. Set in ancient times, the game is a way for players to learn about history.

One of the exceptional aspects of Dragon Warrior is its graphics and background scene. The game is set in a Chinese city and the details in the graphics are extremely detailed. The cityscape is complete with an eye-catching palace, impressive dragon statues and a building topped off with a pagoda roof. The reels are housed around a carved frame that can only be described as intricate.

On those reels are symbols such as a trio of warriors, a Chinese paper fan and a treasure chest. The game’s dragon is among its most important symbols. Other important symbols in the game are a woman carrying a sword and a female archer. Some of these symbols can become stacked, giving players an even better chance at winning money. The wild symbol, represented by the dragon, is also profitable for players. It is always a stacked wild, so players eagerly anticipate its arrival on the reels.

As with many others of today’s slot machines, Dragon Warrior offers players the gamble feature. This requires them to correctly predict if a red or black playing card will be dealt. A correct guess means a player can cash in their doubled winnings or keep gambling. However, a wrong guess means they lose their original winnings. 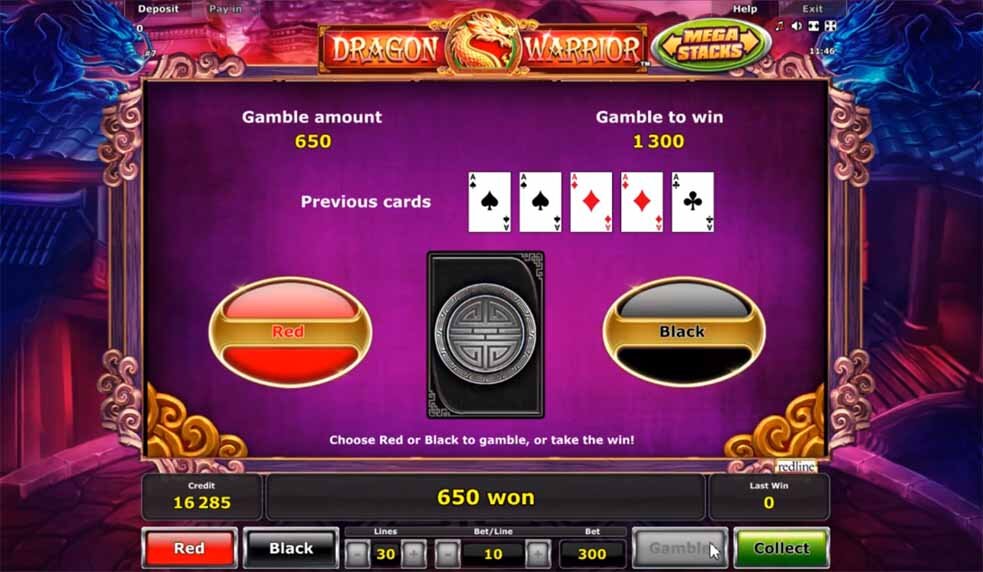 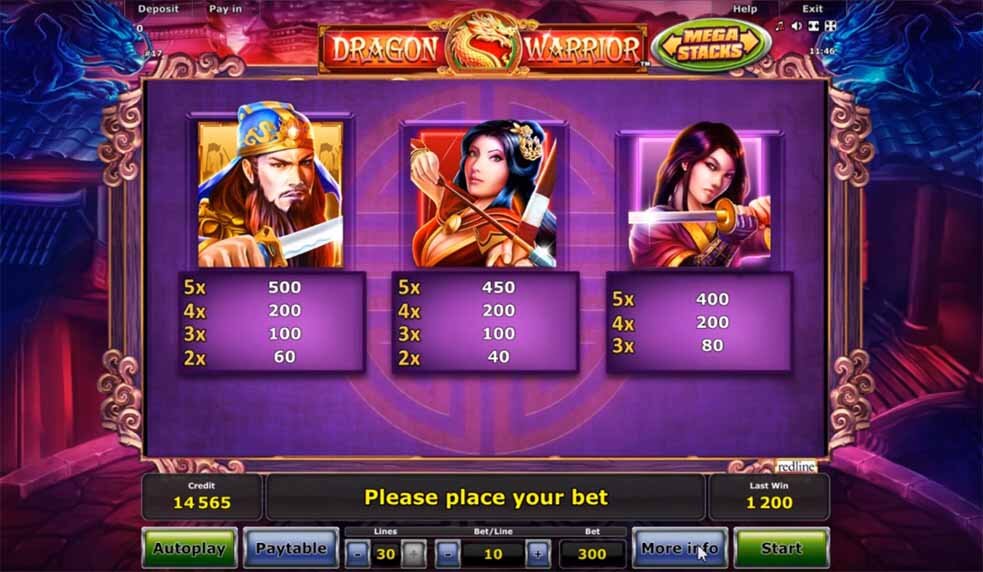 Dragon Warrior is a visually stunning game that can be viewed on mobile devices and desktop computers alike. The high quality of the graphics and the soundtrack makes the game an immersive experience.
With its bonus features, this game has a lot to offer players. It is fast paced and exciting, which is what most players are looking for in their online slots. This one promises to be a game that players can keep coming back to. It appeals to players who enjoy Chinese themed games.