Want to see what Gordon cooks in his Kitchen? Gordon has his slot, which is impressively designed with delicious-looking dishes in the background, powered by NetEnt. With an outstanding audio-visual presentation, the slot is composed of 20 betways, low volatility, and RTP close to 96.07%.

One significant advantage of playing this slot game is that players can play the game from mobile devices and desktop. The slot has managed to make its space in the world of gambling, starting from classic eateries to a classy game. Gordon Ramsay’s Kitchen slot game is just easy on the eyes.

Gordon Bonus Game: If there is a tie or your team wins, you will be eligible to play the Bonus game around the Pick-and-Click Bonus game. This is the final ingredient that Gordon put secretly for the challengers. 15 menus will be presented before you, from which 12 will give you multipliers, coin wins, or nice prize. But if you choose the three menus crossed on the other side, you will be thrown out of the game. So, proof yourself on the cooking floor, and choose the right menu to get fantastic results.

NetEnt has cooked a storm with brilliant graphic quality with all the reels filled with food dishes to tantalize the taste buds. Overall, it captures Gordon Hell’s kitchen essence in the background, with some Chef’s audio, and has divided the team in a cooking competition with red and blue colours. These challenges are waiting to be triggered. This made a culinary delight for such a game that has low volatility. It cannot be denied that Gordon is an actual rockstar of the cooking world.

Although the game’s beautiful graphics and symbol hit the boiling point with his fiery temperament and impressive funny outbreaks, once you spin the reel, you can hear Gordon’s infamous catchphrases when the play is in action.

Scatter symbols come 1, 2, 4, and 5 times on the main game’s reels to give the players a dramatic effect while cooking in the Kitchen.

There are two play areas on the game where the red and blue teams are the two rivalries, playing against each other. The free spin hits before the Team Challenges feature strikes; players need to choose the team. The team challenges are the highlighter of the game. Moreover, the scatters can be triggered on any reels except the middle reel on the main game.

If you try the game, you will get an attractive six bonus features on Gordon Ramsay’s kitchen. The wild game logo can appear anywhere on the base game and the bonus round. Once it is triggered randomly on any base game, Ramsey’s wild feature will be activated. Gordon loves to throw knives and plates on the reels, which takes place in the reel position. 5 to 7 wild symbols are added on those reels. This may increase your landing chances in winning combinations.

You can use these free spins once 3 to 4 scatters appear on the reels. Three scatter symbols represent ten teams challenge free spin, followed by 4 scatter symbols dishes out 15 Team Challenge Free spin will be added for the players. You will see that on each spin, you can trigger 1 to 3 order up features randomly.

The feature dishes come in red or blue color as rivalries, and will the color of the symbols only benefit the Team with a matching color. Thus, after the Team Challenge round features, the team with the best total win will be declared the cooking competition winner.

Like a gourmet dish, NetEnt has presented all the elements of Gordon’s kitchen beautifully as a whole. Lower volatility generates higher winning opportunities in this slot game. Hence, the game will be excellent for players looking for smaller but frequent winnings. The game is full of entertainment, and beautifully designed with delicious food, with yummy Burger, pastry, and shakes in the background. 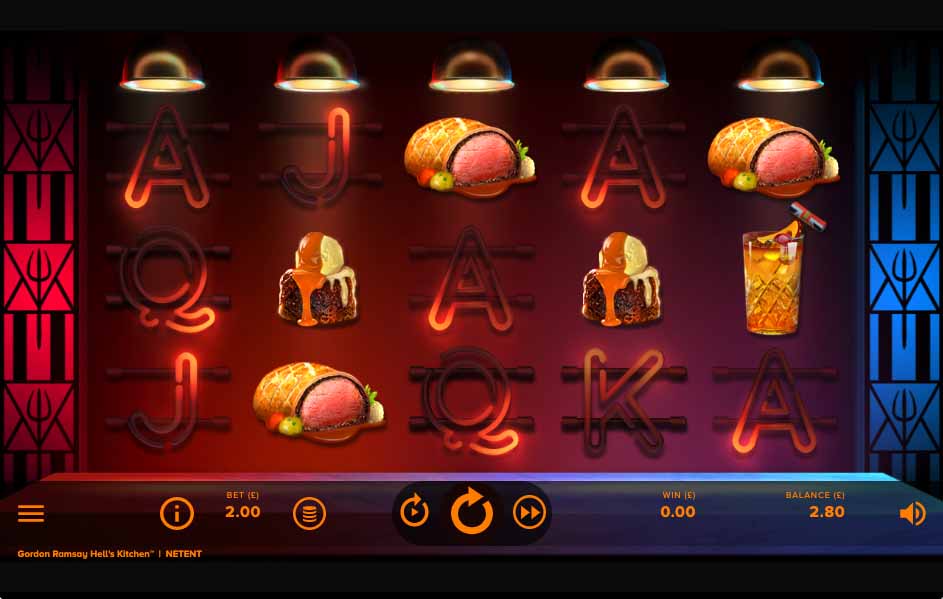 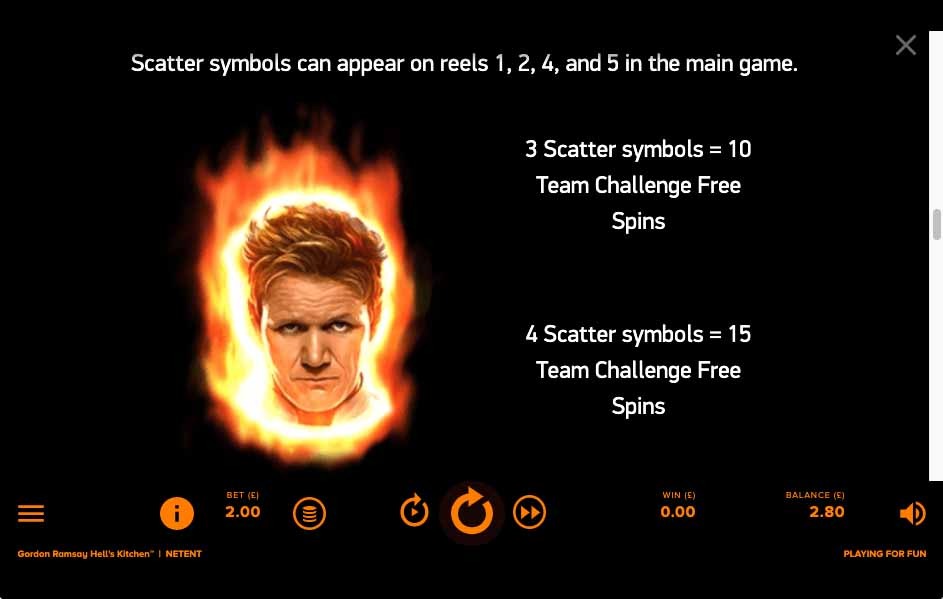 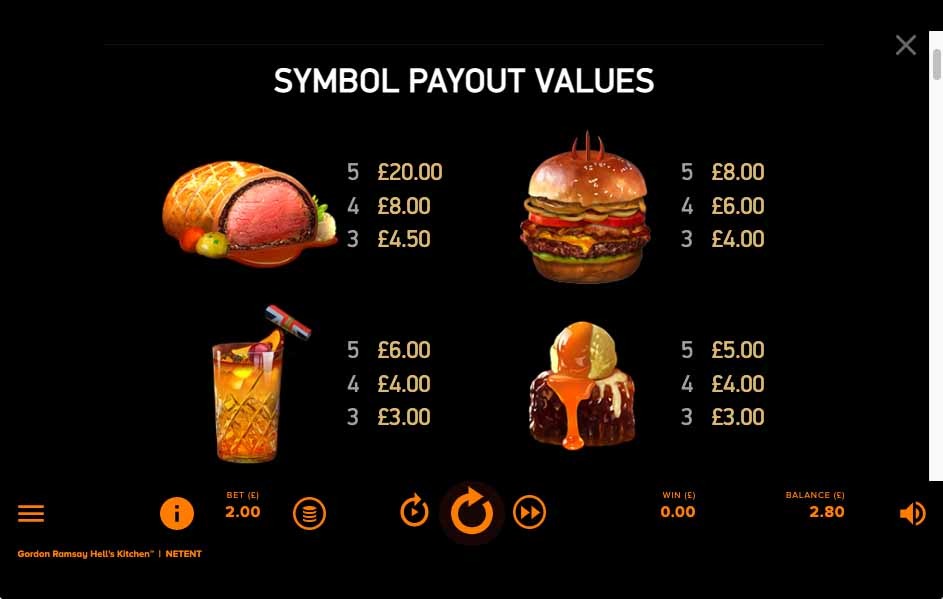