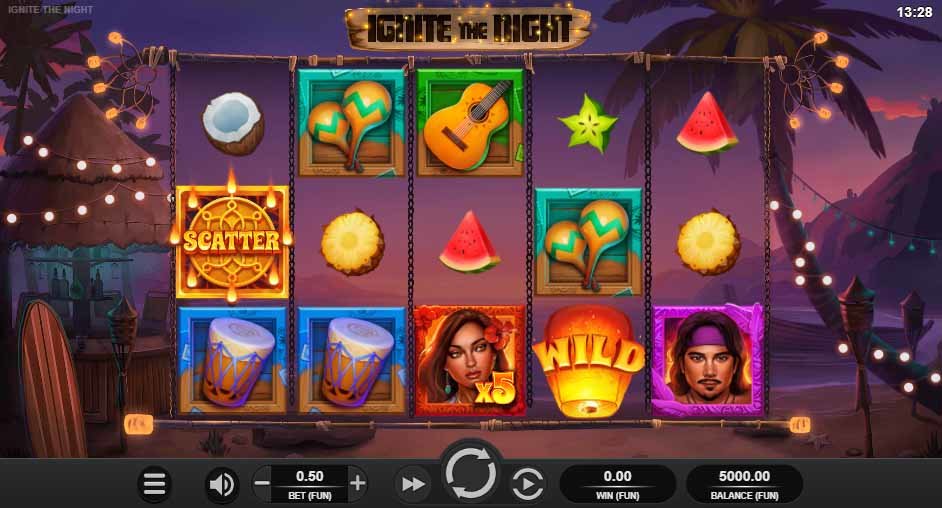 The fictional Paradise Island is the setting for the online video slot Ignite The Night. It’s Hawaiian theme is one players will happily get lost in. Few can resist the lure of an island getaway, even if it is virtual.

Behind the reels players will see a beach scene, at dusk. On the beach is a floating rowboat, lit-up palm trees, and a beach bar. The symbols seen on the reels include star shaped fruits. It also includes coconuts, watermelons, and pineapples. The highest paying symbols in the game are acoustic guitars, drums, a Hawaiian guy and girl, and maracas. The game’s wild symbol is a lantern.

Three of the scatter symbol on the reels at once get players 10 spins for free. If a single or pair of scatter symbols appear during those free spins, players get up to 10 more for free. If on the last free spin, a multiplier raises in value, an extra free spin is awarded. Players are then 15% more likely to win more free spins. Winning spins that include a high value symbol automatically get players a multiplier. This applies to both regular play and bonus play. 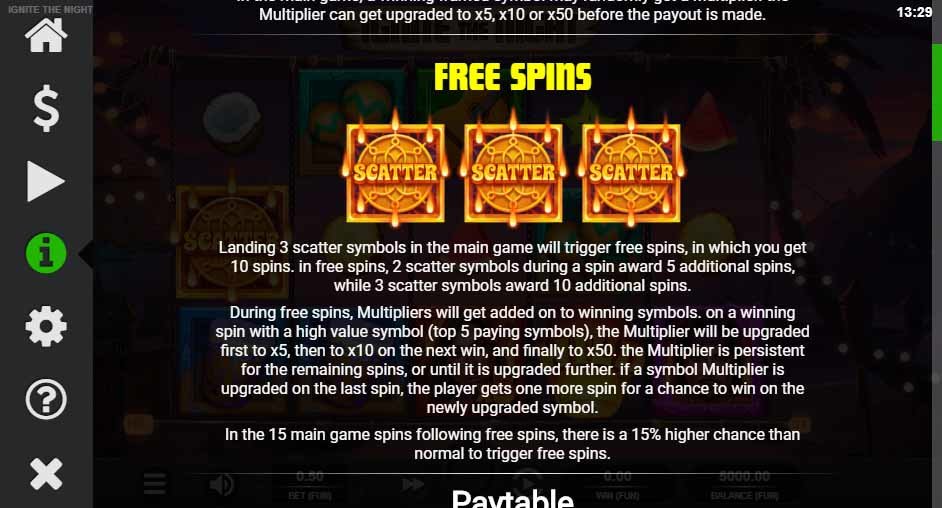 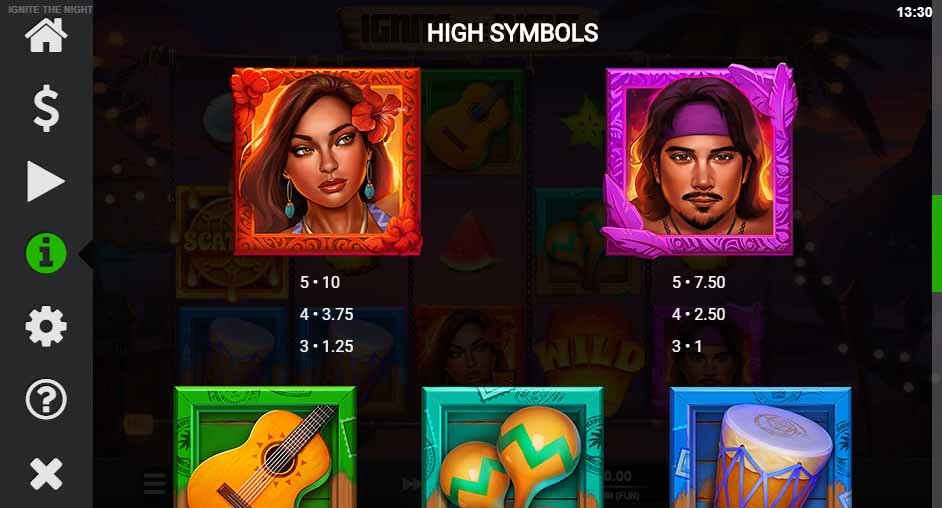 Ignite The Night is an interesting mix of energizing and relaxing. The background is dark and mysterious but the rest of the graphics make up for that. Not only do the wild and scatter symbols appear to glow against the dark backdrop, the other symbols are equally eye catching.

A little imagination is all players need to escape into a virtual Hawaiian getaway with this game. With a tropical drink and some pineapple, players can immerse themselves in a world of luxury.

Those who are seeking out visually stunning games should consult the above list. They are all as appealing as Ignite The Night is. In addition, all of these games are known to pay out larger amounts of money than other games.

For many players, the game has everything they are looking for in a slot. It’s fun to look at, interesting to play and great for building up player anticipation. The game provides a thrilling way to add some excitement into every day life. While it’s relaxing to watch the reels spin, players may experience an adrenaline rush while they hope for a big win.