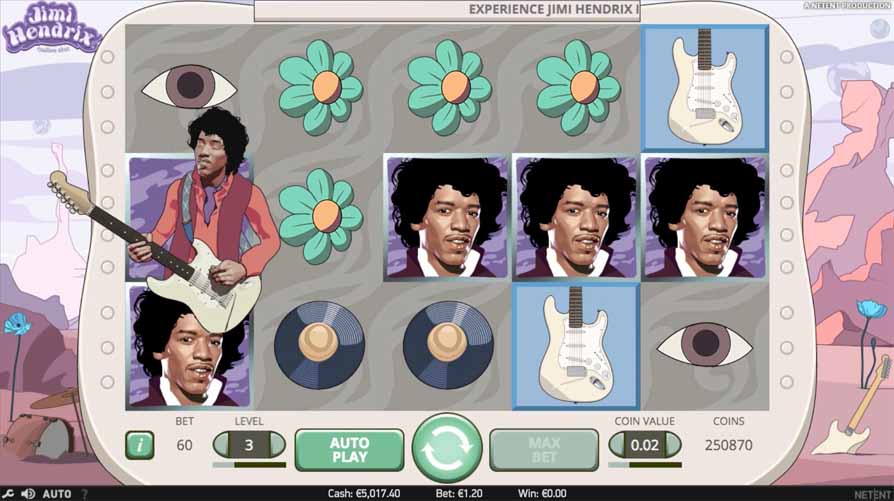 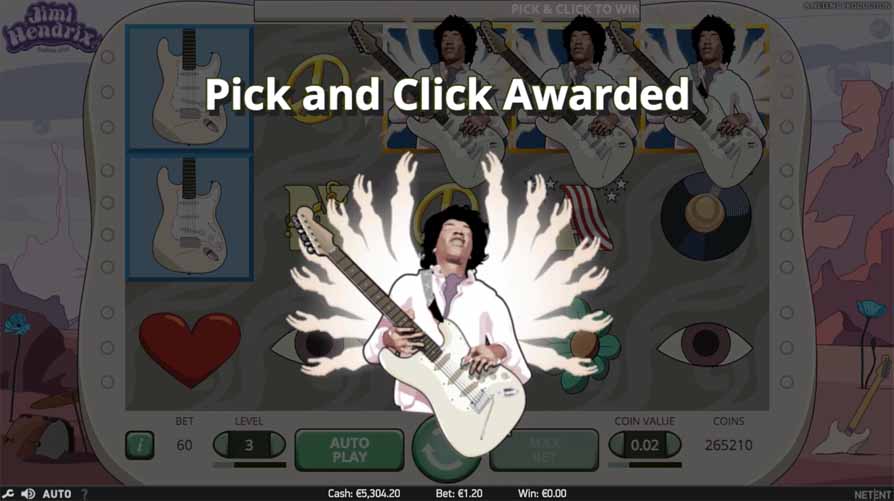 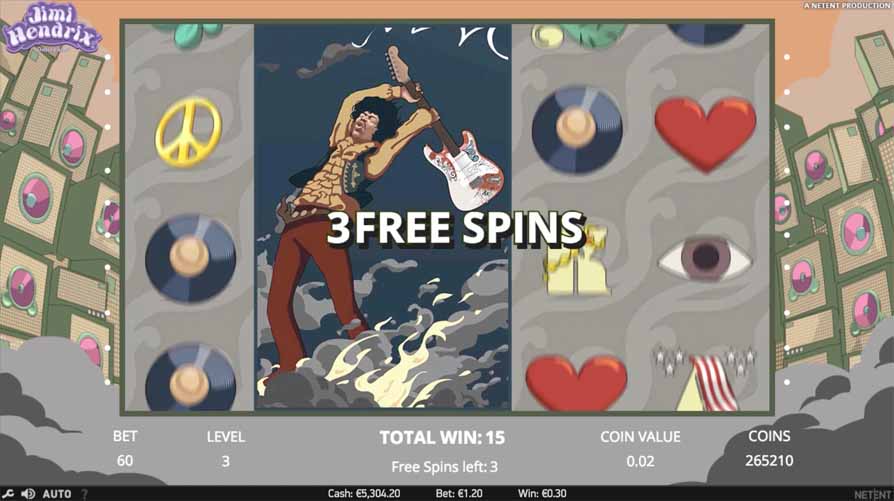 Net Entertainment is treating Jimi Hendrix fans to an online slot machine based on the iconic singer. The game includes audio clips of many of Hendrix’s biggest hits, such as Purple Haze and Foxy Lady, among others. The high resolution animation and 3D graphics used in the game make players feel as if Jimi Hendrix has come back to life to entertain them. The animation of the symbols gives the game energy levels all its own. Players will find that the symbols used in the game represent things associated with Hendrix in the minds of his fans.

To ensure that as many people as possible enjoy this game, players have a choice between betting mere pennies on each spin or betting amounts of money that only high rollers would be able and willing to do. This allows the game to offer a higher payout percentage than many other online slots.

Several bonuses can be found in the Jimi Hendrix slot machine. Within the main game the two bonuses that can be activated are the Red Guitar Re-Spin and the Purple Haze Feature. When at least four of the game’s red guitar symbols appear on the reels in one spin, the Red Guitar Re-Spin feature is triggered. The reels are then spun again and if another red guitar pops up it triggers another re-spin. The first time a player spins the reels and doesn’t get a red guitar symbol the bonus feature is over and regular gameplay resumes.

Another exciting feature of this game is its Pick and Click feature. This feature includes four possible prizes players can win. The four possible prizes are the purple haze, little wing and crosstown traffic free spins, and a coin win that rewards players with free coins. During this feature players are shown a screen with four different symbols. Matching three of any one symbol, results in winning the Pick and Click feature. When the feature is completed, regular gameplay resumes.

The Little Wing free spins feature is triggered when players get three of the corresponding symbol on the reels after a spin. Players can win as few as six free spins or as many as 12. Three, four or five overly wilds will appear in random positions on the reels every time a free spin is completed.

The Crosstown Traffic free spins feature is triggered when three of the corresponding symbol land on the reels following a single spin. Players are then given six spins for free. Wild reels also appear during this feature. On each free spin the wild reels land in a different position, determining how much players win.