Pyramidion is an Egyptian themed online slot machine game. The game is set in the ancient pyramids of Egypt. This is a theme that has been used for many different slots but it is one that has worldwide appeal.

The background scene is a simple desert scene showing a nondescript pyramid. The symbols on the reels are a blue sun, scarab, an asp, pyramids and discs in green and purple. The wild and bonus symbols are simply those words, one with a red background and one with a blue background.

With Sunbeam Wilds, the sunbeams hit the reels. When they do, they add wild symbols to the reels. With Waterfall Stacks, waterfalls wet the reels and turn symbols into stacked symbols.

With Obelisk Wilds, the Obelisks come up from the bottom of the reels. It turns anywhere from one to five of the reels wild. With Mighty Reels, the three reels in the middle of the game screen fills with colossal symbols.

There are two kinds of scatter symbols; Tomb of Mystery and Tomb of Power. The Tomb of Mystery gives players the wild on the fifth reel. A spinner is placed at the top of the reel. The wild may move to the next reel or it may become a locked wild. When the wild spinner reaches the first reel and players see a red X this bonus feature is over. 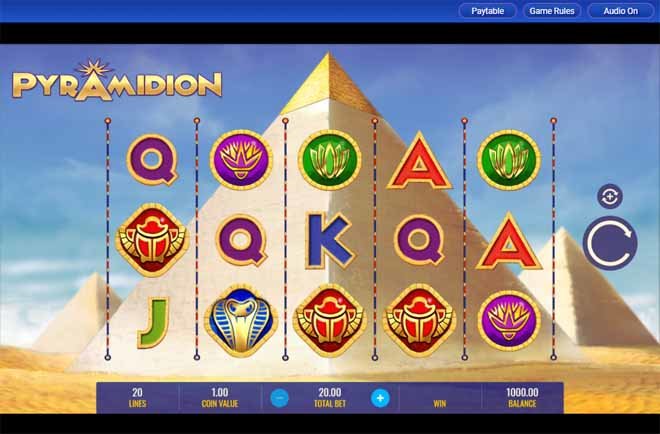 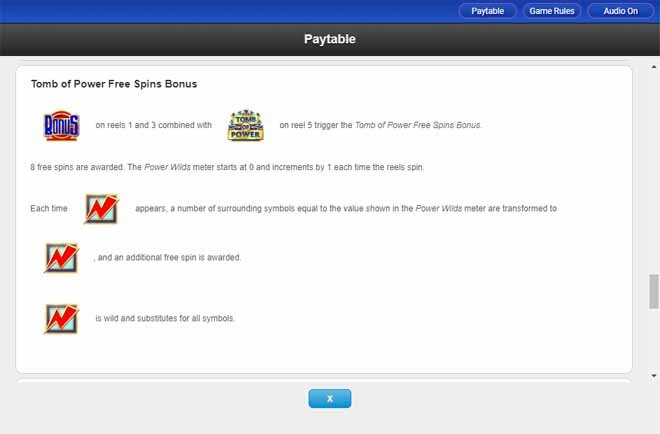 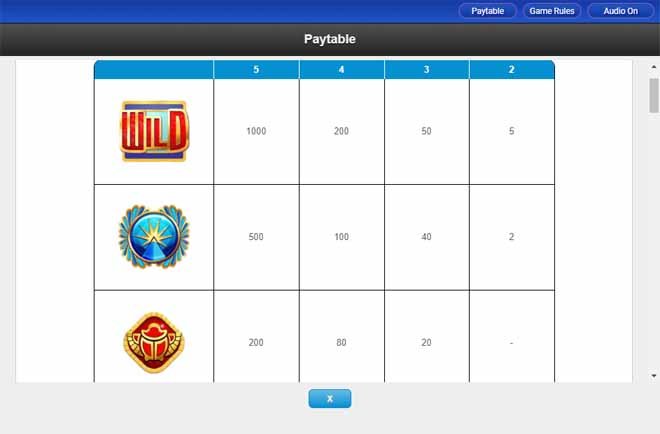 For a simple Egyptian themed game, Pyramidion has more to offer than first meets the eye. It is more exciting than it looks at first glance, so players need to give it a decent chance before determining if they like it or not.

The game’s two scatter symbols and many modifiers only add to the anticipation that players get from this game. It has more to offer than some Egyptian themed games, but less to offer than some of the other games in this genre do. Either way, plenty of players enjoy the action.