The announcement of a new online slot from the people over at Yggdrasil is always greeted with excitement. After all, they’re known for producing some of the most exciting slots around, with loads of features, big prizes, and innovative gameplay. Their latest title is Rainbow Ryan, a title that refers to the little leprechaun standing to the side of the reels while you play. But does the Rainbow Ryan slot match Yggdrasil’s usually high standards? You’ll find out when you read through our comprehensive Rainbow Ryan slot review!

Rainbow Ryan doesn’t initially look to have the most innovative of themes. In fact, you’ll probably have seen the Irish theme many times before, complete with leprechauns and pots of gold at the end of a rainbow. This theme does something a little different though, as the leprechaun at this slot is a rock star, complete with an electric guitar. His music blares out as you play, and a winning combination will be greeted with a stylish solo. So, while the theme is a well-used one, Yggdrasil have managed to make space for themselves in the niche. But what more would you expect from this company?

When you first load this game, you’ll find that there are six reels, and each reel has four symbols on it. The result? This slot offers a truly staggering 4096 different ways to win. Essentially, you’ll need to get two or more symbols on consecutive reels, starting from the first reel, and you will win a prize. Because of the 4096 different ways to win, every spin of the reels is an exceptionally exciting one when you play Rainbow Ryan! It should be mentioned that you can’t change the number of ways to win, meaning you have to play all of them on every spin.

It is possible to change how much you bet per spin though, and the minimum bet amount at this slot is £0.10 – a sum that might be slightly high for the lowest stakes players. The maximum bet per spin at Rainbow Ryan is £100, which should suit the high rollers. To change the amount you bet, just use the arrows under the “Coin Value” section. Your total bet amount is then shown to the right of this section. The more you bet, the more you could win, however don’t spend more than you can afford to lose.

The most important part of this slot is the prizes though, so how much money could you win exactly? Well, the highest paying symbol at Rainbow Ryan is the hat filled with gold coins, and five of these across a payline brings a win worth 250x your bet. The fact that all reels can become linked means that it’s possible to spin in prizes far in excess of this though. In fact, it’s possible to win up to £500,000 when you play this online slot, which is an amount that exceeds most other jackpots out there.

Rainbow Ryan from Yggdrasil doesn’t have loads of bonus features, however the ones it does have are exceedingly good. The first of them to mention is the wild symbol, and this is easy to spot on the reels. It’s just a standard wild symbol, meaning that no multipliers are attached to it, however it spins into view regularly, and can help you create some really nice winning combinations.

Then there’s the Rainbow Reels feature, and this can happen randomly during any spin. Rainbow Ryan will fire lasers from his guitar, and these will cause two or more reels to become synced. So, when they stop, the synced reels will be identical to each other. If you can sync the first two or three reels, the prizes can be massive, however when he syncs the fourth and fifth reels, prizes are rarely seen. The Rainbow Reels feature also plays a big role in the free spins at this slot, as you’ll see in the next paragraph…

The free spins feature is activated when you get three or more Free Spins symbols anywhere on the reels. The exact number of free spins you get depends on the number of symbols activating the feature, however the most you can receive is 20. Every free spin will see the Rainbow Reels feature active, and this means that wins spin into view regularly. The free spins are the key to winning the most amount of money possible at this slot, so you’ll want to activate them as often as you possibly can!

Yggdrasil have managed to do it again. Somehow, nearly every new release from this company gives players exactly what they want, namely loads of excitement, and the chance to win some absolutely massive prizes. The Rainbow Reels feature is one of the best bonus features found at any online slot, plus the jackpot is one of the biggest around, aside from those at progressive jackpot games. So, if you’re looking for a slot that’s fun to play and gives you the chance to win a substantial cash prize, Rainbow Ryan could well be the perfect slot for you! 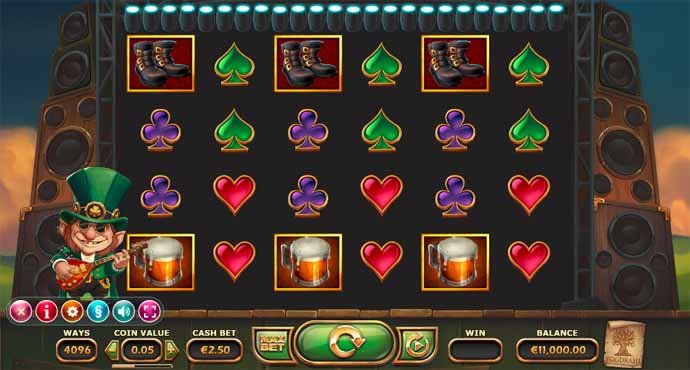 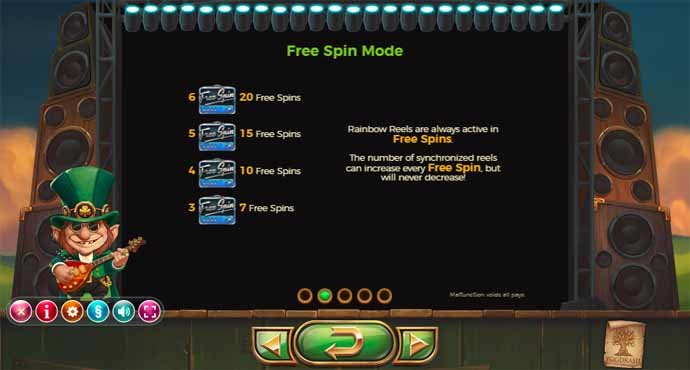 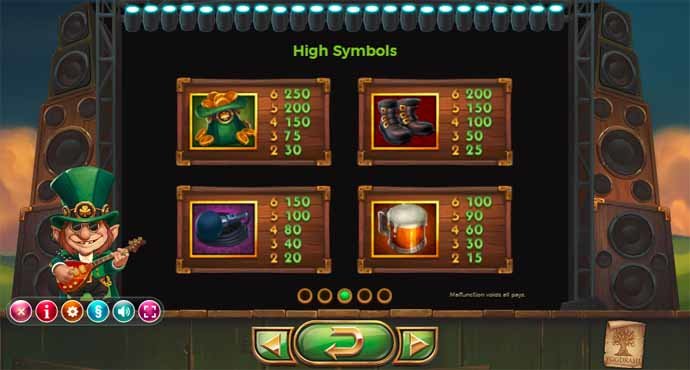