Shadow Diamond is a game that has been created by Bally Tech. Perhaps you are already familiar with it, as it was originally a popular game in land-based casinos. Thanks to Bally Tech, players who have enjoyed playing Shadow Diamond in a live casino can now play it online too.

City girls love bling, and that’s a fact. This is precisely what this game offers – a lot of beautiful jewellery. When you first launch the game, you will instantly be drawn to the central character who is a beautiful lady, found at the top of the reels. Also, the top part of the game contains animations, and these animations are triggered at random, which only adds an extra element of excitement to this online slot.

The primary colour of this game is blue, which makes the precious stones stand out well. There is no background music to this slot. However, the spins and wins have sound effects on them, which once again adds excitement to the playing experience. The pay lines are also well identified on the left and right hand sides of the reels.

The minimum coin value in this game is £0.01, which equates to £0.40 per spin, and the maximum coin value is £10, meaning that the maximum total bet is £400 per spin. In Shadow Diamond, you will find none of the universal symbols like 9, 10, J, Q, K or A, which is always good to see, as it shows that the company behind the game has really tried to produce something unique.

To unlock the free spins bonus feature, you will need to hit 12 diamond scatters on the second, third and fourth reels. When this happens, you will be asked to pick one of the scatter symbols to revealed a super stacked symbol. A super stacked symbol is a symbol that will be stacked during every free spin, and will spin in extremely frequently while the feature is active. 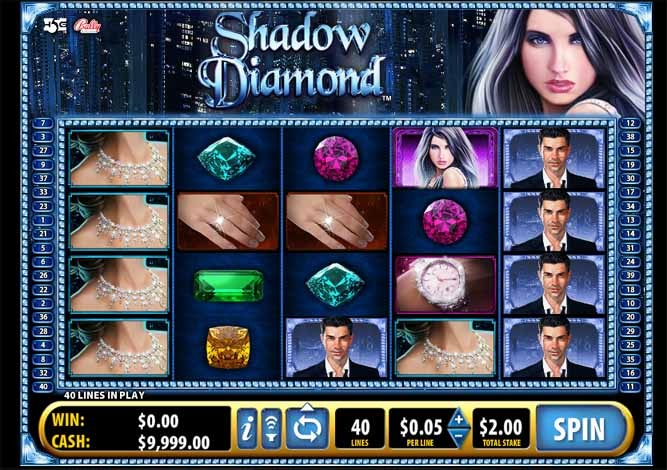 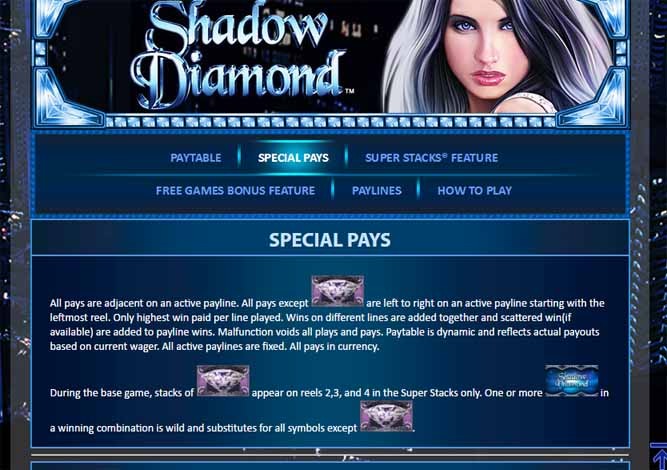 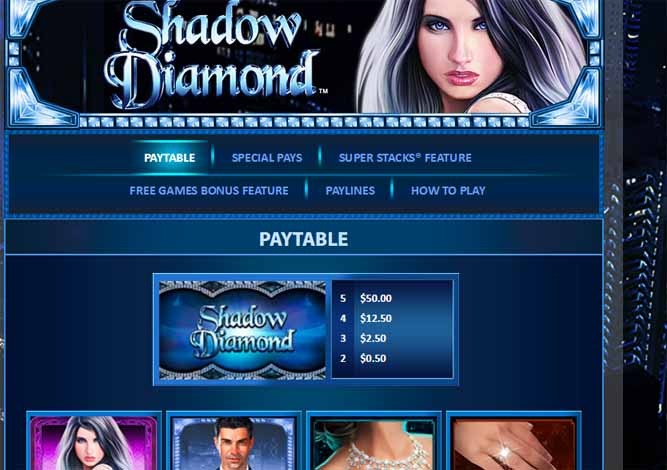