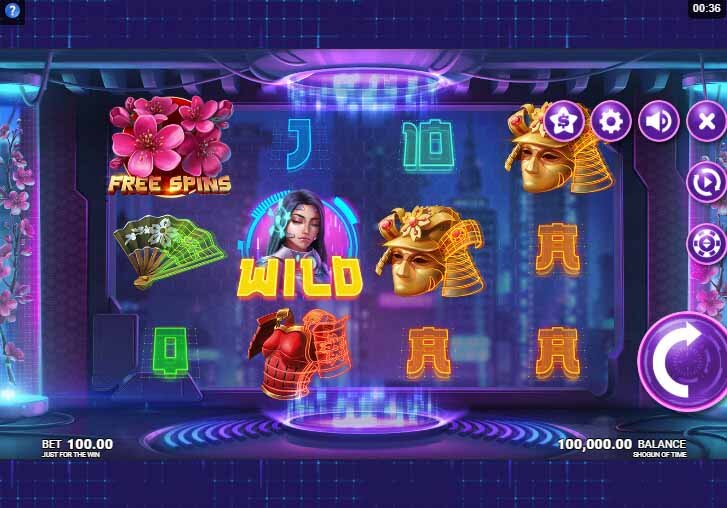 There are a few time travel themed online slots, but none that exceed Microgaming’s Shogun of Time. The game takes place in a Japanese city of the future. The high quality of the graphics and sound effects makes it as much fun to watch as play.

The background of the game depicts skyscrapers located behind the reels. Complete with a teleportation device, the time travel theme is heavily represented. On either side of the reels are lotus blossoms.

Filling the reels are symbols associated with old world Japan. The symbols used are a mask and helmets, Japanese fans, warriors’ body armor and coins. The game’s logo serves as the scatter while the Shogun named in the title is the wild symbol.

When players get any of the symbols on the reels four times in one spin they get to play the re-spin feature called Reel Split. The feature gives players an extra reel between the second and third reels. It uses something called a Ways To Win Engine. This increases a player’s chances of winning money.

During Reel Split, the original reels transform into sticky reels. The extra reel added in for this bonus does not become sticky. While the sticky reels remain in place, the extra reel keeps spinning. 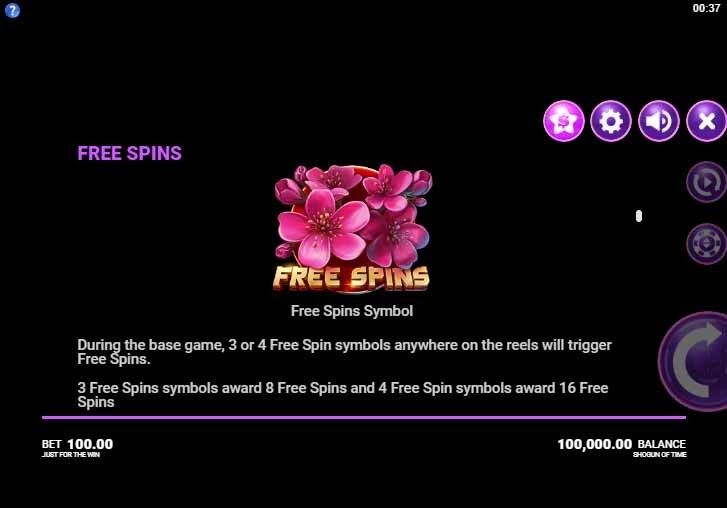 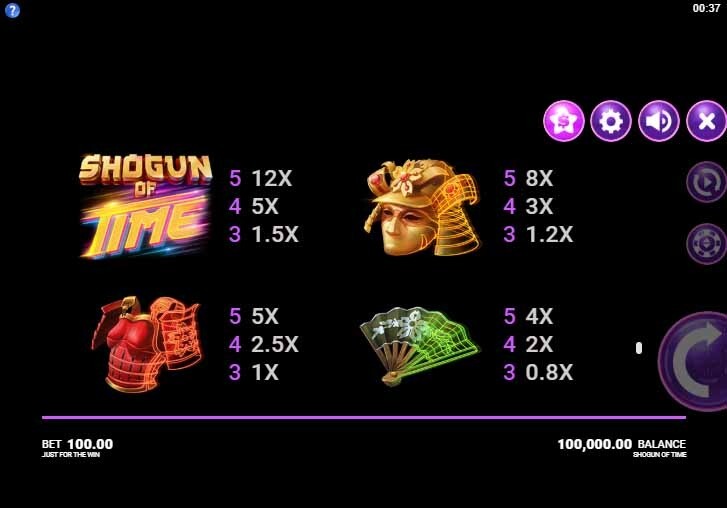 Anyone who enjoys Japanese anime or time travel should be interested in seeing what this game has to offer. It transforms players into a new world. The futuristic city in which the game takes place is enough to draw players in.

The bright, stimulating colors used in the game make it as visually exciting as it is entertaining. Even the soundtrack can get players stimulated and keep them in the game for the long run.

The theme of the game is well done. By combining the future with time travel, Microgaming is giving players something new to enjoy. They can get caught up in the past and the future at the same time.

When it comes to bonus features, many games offer more than Shogun of Times does. However, the bonus features it does offer are ones that players truly enjoy. The Ways To Win Feature is popular with players all over the world. Combined with the free spins and re-spins, Shoguns of Time has something to offer everyone.