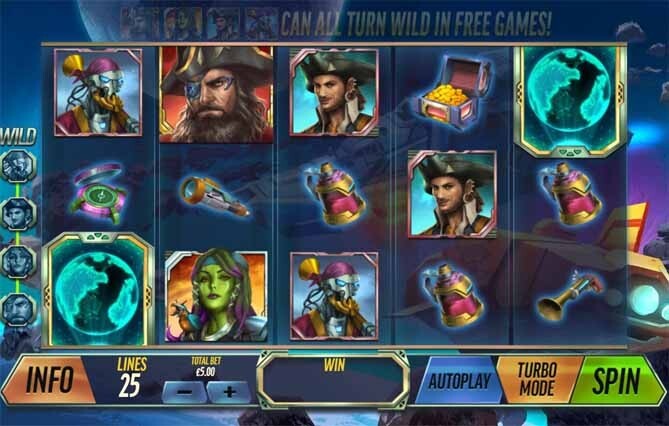 Not too many games combine spaceships and pirates. Yet Playtech’s Starmada Exiles online slot does. As a battle themed game, it gives players a way to inject some action into their everyday lives.

The setting of the game is a dark night sky that includes a nearby unidentified planet. In the sky players see spaceships that are clearly engaged in battle. In front of this scene lie semi-transparent reels. In this way they don’t impose on the overall vibe of the game.

The scatter symbol on the first and third reels presents players with a choice, known as the blunder bonus. Based on what they choose they will win a cash prize or a wild symbol is stored for them. The cash prize can be worth up to as much as five times the amount a player bet. One of the four characters in the game will take on the role of a wild. They are then placed next to the reels until needed. A wild symbol leads to the scatter symbol becoming a green crystal. Even during non-bonus play the green crystals provide a boost to players’ winnings.

The free spins feature is triggered when players get the scatter symbol on the first, third and fifth reels. Those that have already played the blunder bonus will have those extra wilds helping them during free spins. Those that don’t get the blunder bonus before free spins the red crystals become a stacked symbol that appears on the fifth reel. Every time players get three stacked wilds an exile character becomes a wild instead. This feature can be re-triggered throughout free spins. 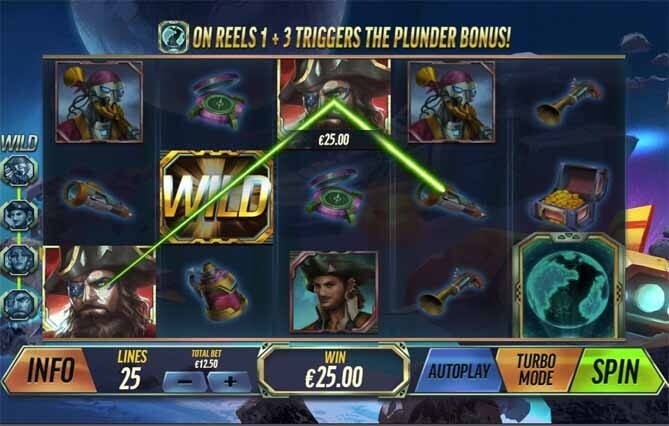 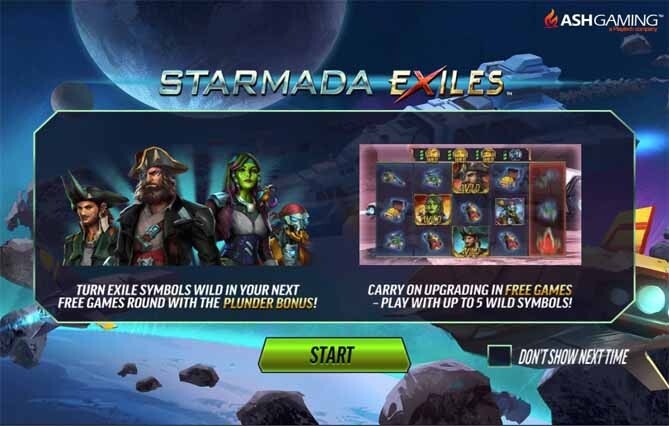 The theme of Starmada Exiles is a unique one. Not many other slots portray spaceship battles like this one does. The game has an accompanying soundtrack that helps set the mood for players.

Its bonus features give players something to look forward to. When they get both bonus features in one gaming session, it can become quite profitable for the luckiest. Without being overly complicated or flashy, the bonuses show players exactly what an online slot machine has to offer. This often keeps them engaged in the game when they may otherwise lose interest. It is safe to say that Starmada Exiles is a game that players are likely to remember.