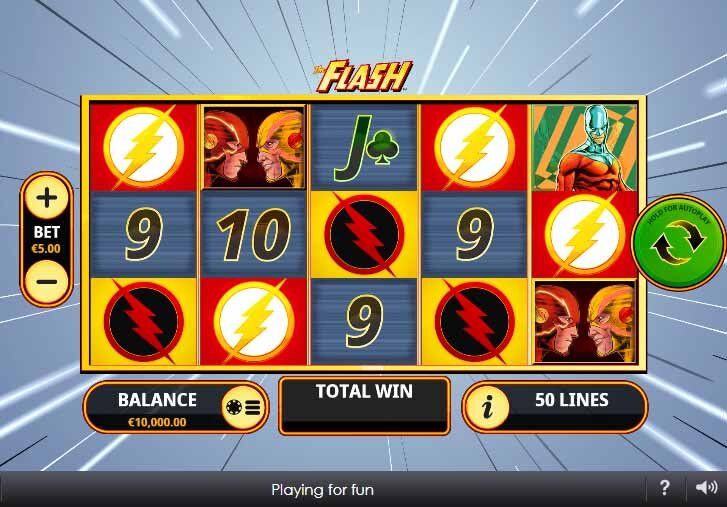 DC Comics fans have long been entertained by The Flash. So much so that Playtech has now created an online video slot featuring the character. The game can be just as entertaining to those who aren’t comic book fans.

Not surprisingly, the symbols seen on the reels are Flash himself as well as assorted villains from the comic book series. The Flash logo appears on the reels in two different variations. One is him as himself and the other is his reverse. The likeness of The Flash also serves as the wild symbol.

There are two bonus features for players to look forward to. They are the Battle Feature and the DC Super Heroes Jackpot. The Battle feature is activated by the two Flash logos. When players get five of these symbols on the reels, players automatically win five times the amount of their bet. Players also decide if a villain wins the battle or if The Flash does. Five potential prizes can be awarded to players as a cash bonus. Which one of the five they get is determined by the game. The biggest cash prize in this game is 100 times the amount a player bet on the winning spin of the reels.

The DC Comics Super Hero Jackpot is the game’s random bonus feature. When it is triggered players are presented with 20 balls. The balls they click on determine the jackpot amount they win. 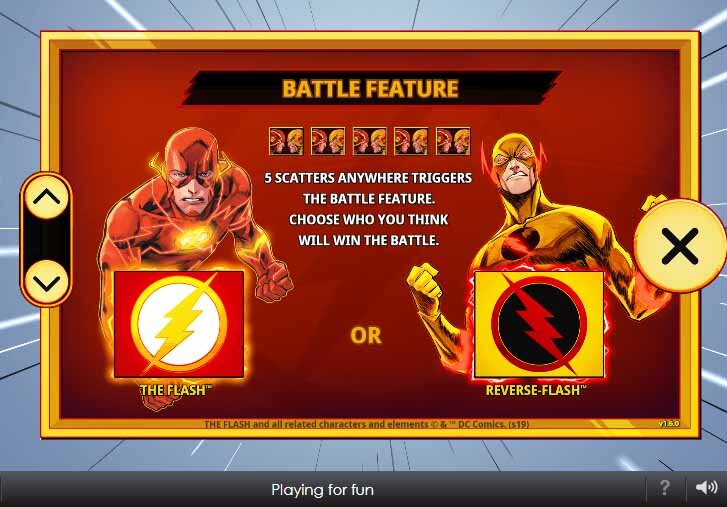 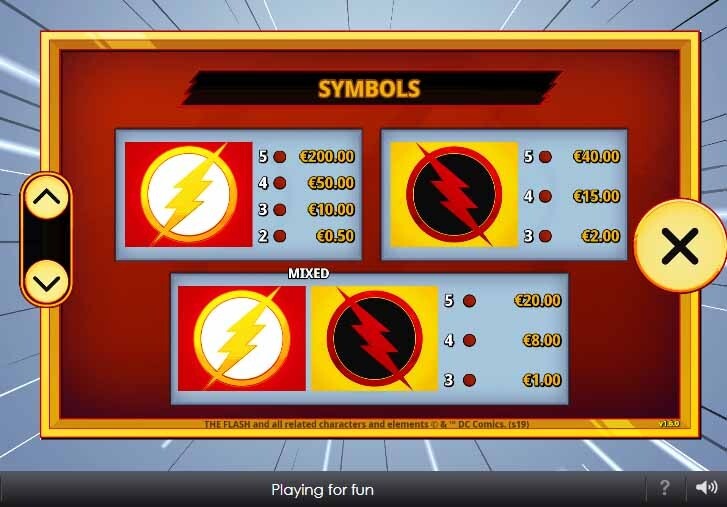 DC Comics based games almost always have random jackpots. This is one of the reasons their games are so popular with players. It may also explain why they aren’t packed full of other bonus features. Yet the ones included are often enough to get players excited about the game.

For those who love to watch The Flash fight his battles, this game is ideal. Even non-fans can enjoy it when they encounter battles between good and evil. The graphics and symbols also serve to entertain players, even if they aren’t familiar with The Flash. The visual appeal and excitement level the game provides is exactly what so many players are looking for. The Flash has a lot to offer slot machine enthusiasts.