Set in the Savannah of Africa, The King is a simple online slot machine. Its safari theme is a favorite among animal lovers. Though far from a unique theme, the game reflects it well.

Set in the Savannah of Africa, The King is a simple online slot machine. Its safari theme is a favorite among animal lovers. Though far from a unique theme, the game reflects it well.

iSoftBet is known for releasing games with high quality graphics. The King is no exception. The game shows players a soothing background featuring a sunset view. Surrounding the reels is a gold frame that gives the game a touch of elegance.

Various wildlife animals are shown on the reels. The roar of a lion can be heard throughout the game. As the King of the jungle he is the wild symbol. A lion’s paw serves as the scatter symbol for The King.

When players get the lion’s paws on the first, third and fifth reels at once, free spins are triggered. Players get eight spins of the reels for free. As little as one but as many as five of the reels will then sync up. This often leads to multiple stacked symbols that help players win more money.

If players get at least six but no more than 10 of the Cash Wheel symbol on the reels at once they trigger the Super Cash Wheel. 11 to 14 of the symbols triggers the Mega Cash Wheel. Those rare lucky players who get a screen full of cash wheel symbols get to spin the Epic Cash Wheel. The higher value the wheel is the more money players can win from it. 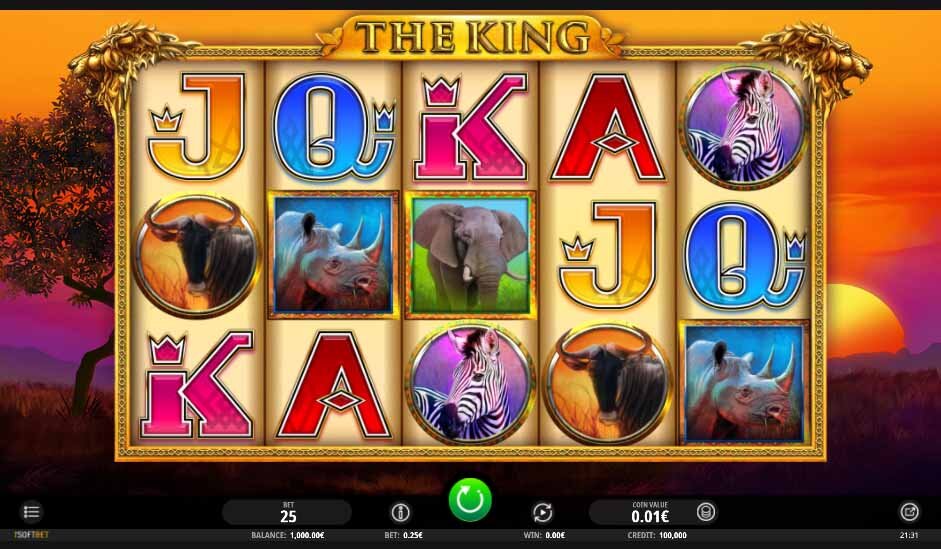 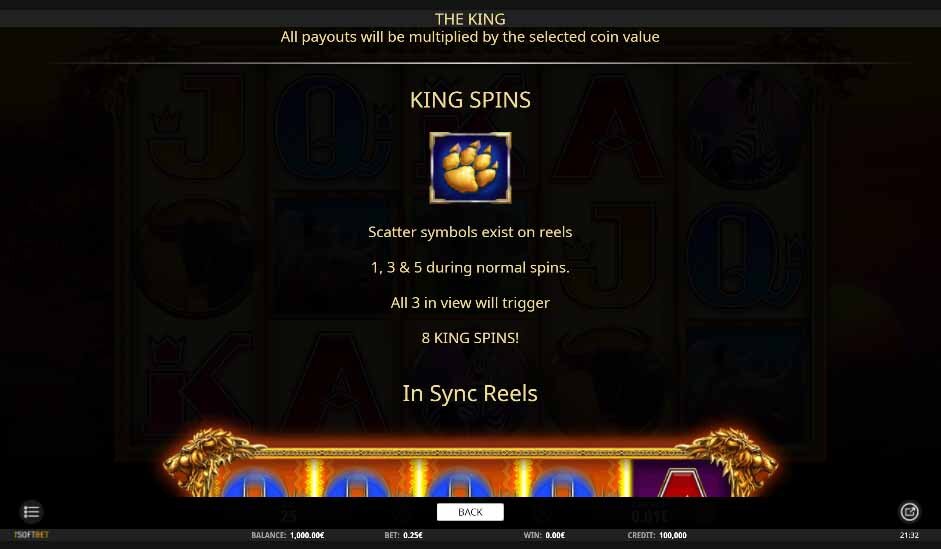 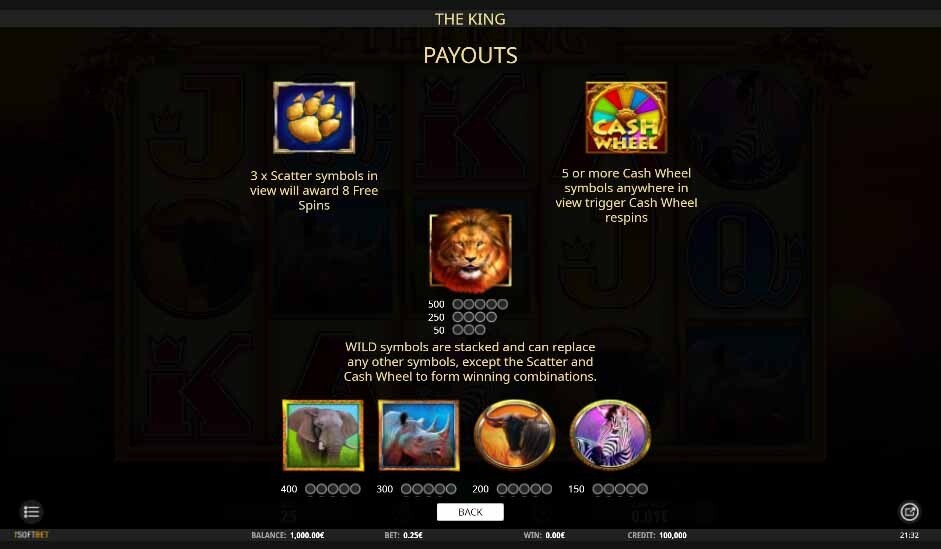 From start to finish, The King is a whirlwind. While the game itself is laid back, the lure of the Cash Wheel is what gets players’ blood pumping. It is the highlight of the game. The only other memorable parts of The King are the superior graphics and its realistic soundtrack. While no music plays during the spinning of reels, the sounds of animals can be heard. This includes elephants and cicadas.

Otherwise, the game is nothing extraordinary. Players will enjoy it if they are interested in safari themed games. It is similar to other slot games with the same theme, yet can’t necessarily compete with them.