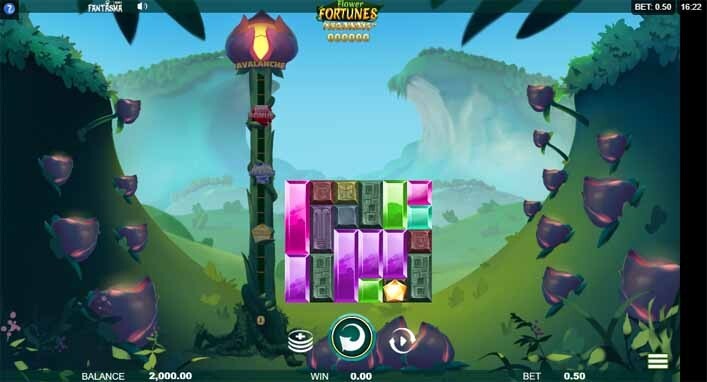 Flowers are effective at cheering most people up. So when players need a mood boost, the Flower Fortunes Megaways online slot may be the answer. The game is different enough from most other slots to stand out in a crowd.

A hybrid of video games and slots, Flower Fortunes looks a lot different than what players expect. The background is a calm looking valley Scattered throughout the valley are glowing yellowish-orange flowers.

Next to the reels players will see an exceptionally tall flower stem. This becomes important during gameplay. The symbols seen on the reels are stones of various colors. The brighter the color is the more the symbol is worth. A yellow star serves as the game’s wild symbol while a red ruby serves as the scatter.

Freeplay games are for anyone over the age of 18 only.

Unlike many other slots, Flower Fortunes Megaways is a multilevel game. There are five levels, each with their own unique features. Aside from the above mentioned symbols, orbs are also seen on the reels.Players are tasked with collecting them. When they do, the orbs are stored in the flower stem. However, leaves can come along and chase the orbs away.

While the first level of the game is standard, the other four levels are considered game bonuses. Once players have accumulated four of the orb symbols, they move from the first level to the second. The reels then expand so players have more possibilities for winning. In level two play, expanding wilds join the game. Anytime a wild symbol ends up on the reels becomes an expanding wild. As a result, the entire reel is taken up by it. Wild symbols may also be assigned a multiplier randomly. The highest value multiplier players can get gives them nine times their winnings.

When players accumulate eight orbs they move to level three. At this level, players can experience the re-spin feature. Once again, the reels expand for the new level. A blue crystal lands on the reels to trigger the re-spin. For every blue crystal, any symbols on the reels that don’t contribute to a win are replaced with other symbols. These can be more regular game symbols, or they can be scatters or wilds.

Getting 12 orbs on the reels moves players to the fourth level of the game. At this point, when players get three of the scatter symbols on the reels, the Mystery Flower bonus begins. Players are taken to a different screen, with three mystery flowers. The flower they click on determines the cash prize they get.

16 orbs are the key to unlocking level five, the highest in the game. The reels expand to the largest they will get. At this level, players will experience tumbling and Avalanche reels. 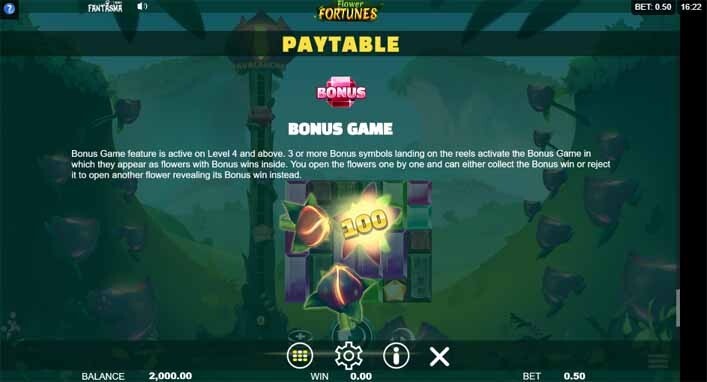 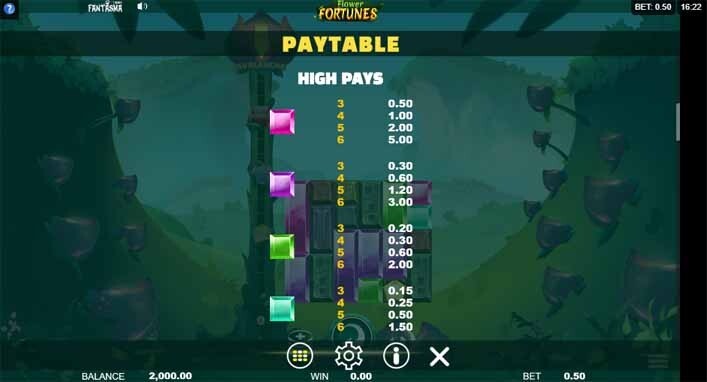 The bonus features in this game are what draw players in. Climbing the levels builds anticipation for players. It keeps them engaged in the game. Though it lacks a traditional free spins feature, the rest make up for it.