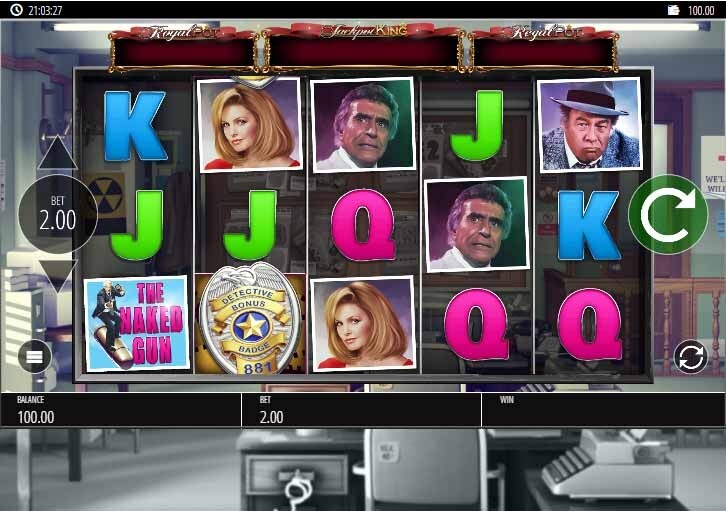 Fans of the Naked Gun movies are flocking to its online video slot. When they play they’ll see clips and characters from the movies, which the game pays tribute to. This brings the game alive and allows players to view scenes from the movie.

The game’s background portrays the Naked Gun movie set. The office seen in the movie is where the action takes place. It holds the reels that are filled with characters from the movie as well as its logo. Not surprisingly, the main attraction of the game is Leslie Nielsen’s character, Detective Drebin.

The most valuable symbols on the reels transform into stacked symbols. The only exceptions are the wilds and scatters. The scatter symbol is a police badge and the wild symbol is a police light. Lucky players may get random scatters appearing on the reels. This makes it more likely a bonus feature will be triggered.

Three appearances of the wild symbol on the reels in a single spin triggers the Roaming Wilds feature. When this happens, players see a police car on the game screen. It causes the wild symbol to begin roaming the reels. This results in additional wilds, which can result in additional wins for players. More wilds equal more re-spins, adding to the excitement of the game. When new wilds stop appearing on the reels, the Roaming Wilds feature comes to an end.

The free spins bonuses are another exciting feature. Players may win any of the game’s four bonuses, which are triggered by the scatter symbol. Four or five of them must appear on the reels to get free spins. This triggers the Home Run Spins Bonus, Stake Out Free Spins, On The Edge Free Spins, and Crime scene Free Spins.

The Home Run Spins Bonus involves the sticky wilds that come into play during the Roaming Wild feature. The Stake Out Free Spins also involves sticky wilds. It works the same as the Home Run Spins with one exception. Getting two of the wild symbol in the same position on the reels gets players a multiplier that gives them between double and five times the winnings.

There is another difference between these features and On The Edge Free Spins. In this bonus, overlapping wilds alter to become expanding wilds. An extra row of symbols is even added. The Crime Scene Free Spins build on this by adding multipliers to the reels. 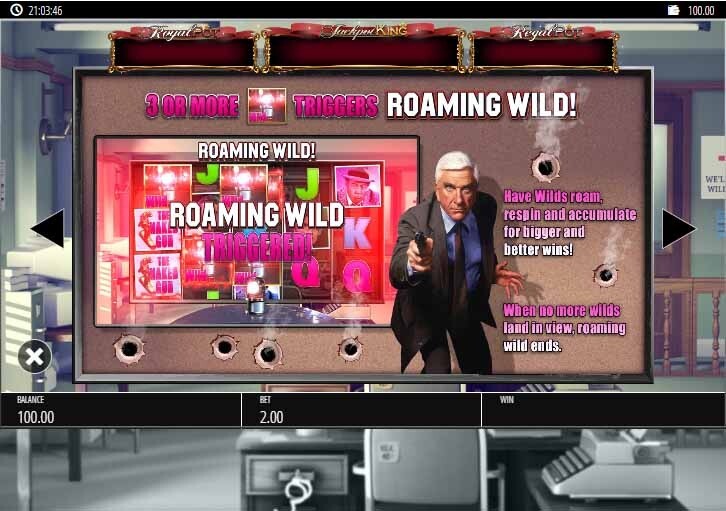 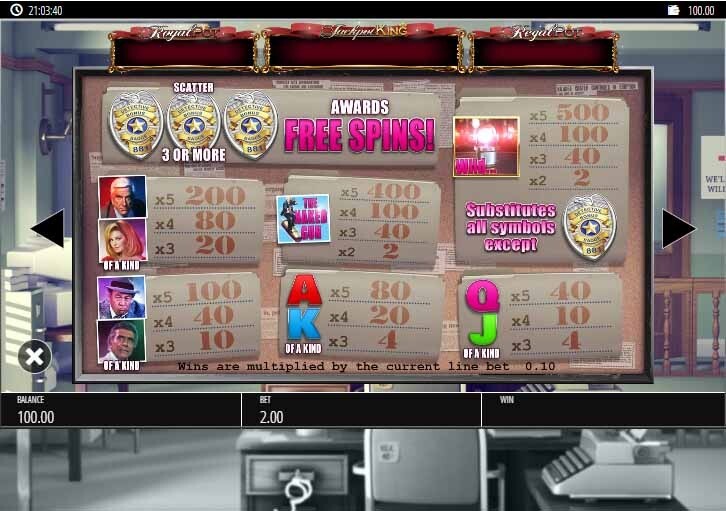 The Naked Gun video slot machine is sure to impress. Its many free spins features makes it a compelling choice for many players.