Is there anything more enjoyable than a visit to a theme park? Well, now you don’t even have to leave your home to enjoy all the fun that a day out to a theme park can offer, thanks to Theme Park: Tickets of Fortune from NetEnt! This is a slot with loads of great features, plus it also offers a huge jackpot of 75,300 coins.

Many of the symbols at this slot will remind you of days out at the theme park, from the bumper cars through to the romantic Tunnel of Love carriages. It would have been nice if NetEnt had thought of some unique symbols to replace the standard 10-A ones though, although at least they’ve created them in the form of balloon sculptures! The highest paying symbol in the base game is the red rocket, while the aeroplane and the bumper car also have nice prizes attached to them.

Playing this slot follows a well-trodden method, and you’ll first need to choose how much to bet per payline. There is no ability to alter the number of paylines though, meaning that each spin will see all 50 paylines in play. Once you’ve decided on your bet amount, it’s simply a case of spinning the reels and seeing what happens…

Bonuses are really important at online slots, and there are some really good ones to mention at Theme Park: Tickets of Fortune. The most basic of these is the wild symbol, which is easy to spot. It appears on reels two, three and four and can replace most other symbols on the reels. What’s more, it comes stacked, meaning that an entire reel can be filled with wild symbols.

Then there’s the Claw Feature. The claw only appears on the fifth reel, and when it does, it will grab a symbol from underneath the reels and award a prize equal to that symbol’s value. It isn’t the highest paying bonus (the top prize is just 15x your bet per payline) however it’s certainly a fun one.

Another bonus comes when spinning in three of the scatter symbols anywhere on the reels. You’ll be taken to a wheel, and after spinning you’ll find out how many tickets you’ve won. You’ll then be taken to a map, where you can spend the tickets on a bonus game. If you manage to win the maximum number of tickets, you’ll find six bonus games to choose from, all of which have some nice potential prizes attached to them.

You can also play these different games by landing the bonus symbol anywhere on the fifth reel. You won’t be able to choose which game to play though – instead, you’ll spin a wheel and find out which one you’ll be heading to. It’s also possible to win multipliers and tickets when spinning the wheel.

Theme Park: Tickets of Fortune might look like a pretty standard online slot, however the fantastic bonus features ensure that it’s one of the most enjoyable slots out there. Activating one of them will lead to the biggest possible prizes, so you’ll want to be spinning the wheel as often as possible when playing this exciting slot from NetEnt! 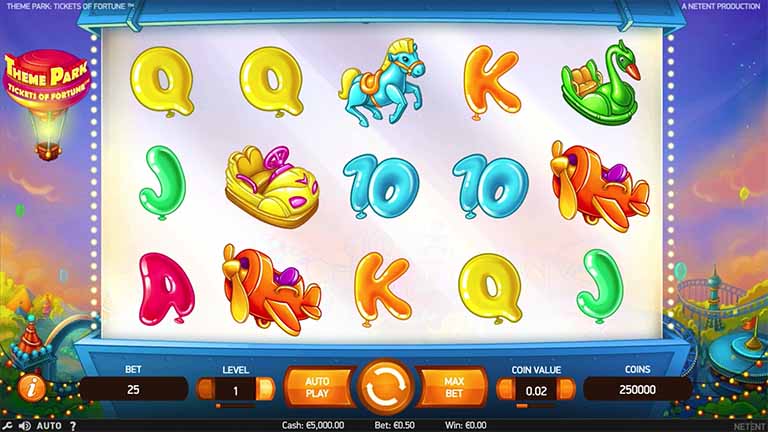 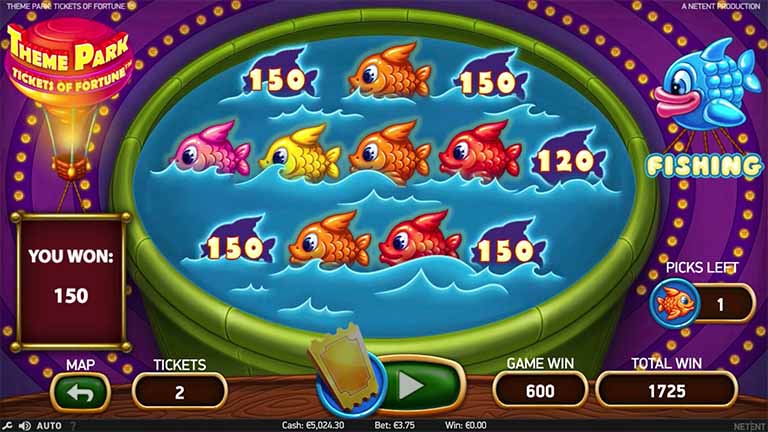 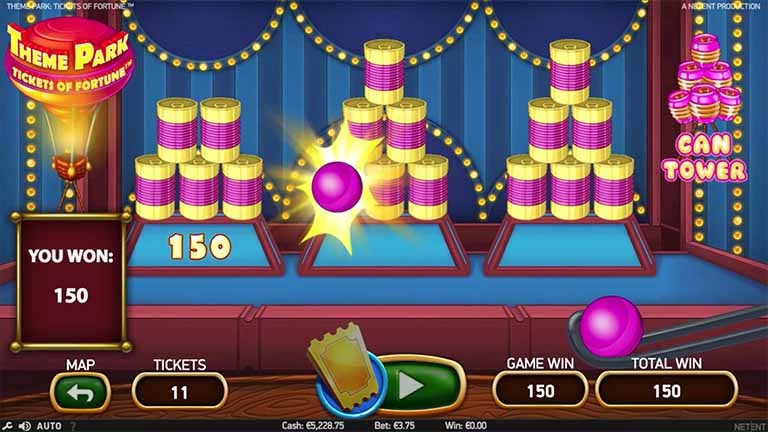 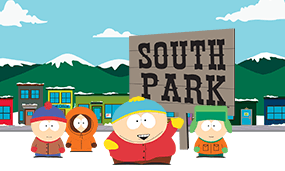