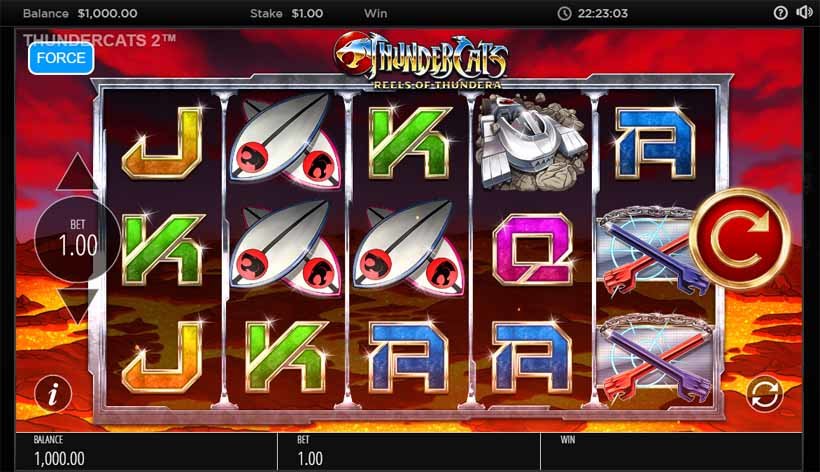 Anyone that remembers and enjoyed the Thundercats cartoon series will love its online video slot, Thundercats Reels of Thundera. It is a blast from the past for those who grew up watching the show. Even for non-fans, this game has a lot to offer. Visually speaking, it provides a stimulating gaming experience.

Cheetara makes a mad dash over the reels. She awards players with a winning combination of symbols. She also takes symbols on the reels and transforms them into wilds.

The Sword of Omens slices the reels. This removes symbols and replaces them with new ones. It also strikes the reels with lightening in order to destroy and replace the symbols.

The most significant bonus feature in this game is the 10 modifiers features. Any time the reels are spun there is a chance that one of them will randomly be activated.

The 10 modifiers include Lion-O, Tygra, Panthro, Cheetara, WilyKat, and Snarf. While Lion-O adds wild symbols to the reels, Tygra spins the reels herself. When this happens players may get a reel of wilds.

Panthro also spins the reels. In his case, he can join anywhere from two to all five of the reels into one expanding reel. This way, the expanding reel contains just one symbol, and pays out winnings to players.

Cheetara will jump onto the reels. She can then shuffle the symbols that appear. She may only shuffle them once, or as many as five times. WilyKat fills the reels with mystery symbols. They can take the form of any symbol in the game. Snarf helps players by putting bonus symbols on the reels. These bonus symbols are what trigger the game’s main bonuses, as opposed to modifiers.

The scatter symbol on the reels three times in one spin triggers a bonus. There are six possible bonuses players could get. The Sight Beyond Sight requires players to choose one of Thundera’s eyes. There are four possible outcomes from this.

The Black Pyramid requires players to choose one of three options. Two award prizes and one ends the bonus. The Ever Living Free Spins gives 10 free spins, each with a multiplier. The Hear the Roar bonus also offers 10 free spins, as does the Thundercats Hoooo. Ancient Spirits of Evil offers prizes or ends the bonus. Lastly, the Ultimate Thunder bonus goes with the Ancient Spirits of Evil bonus. 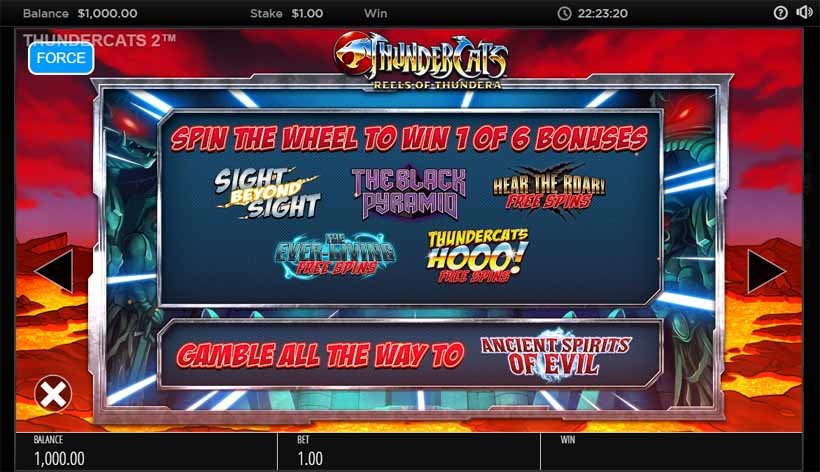 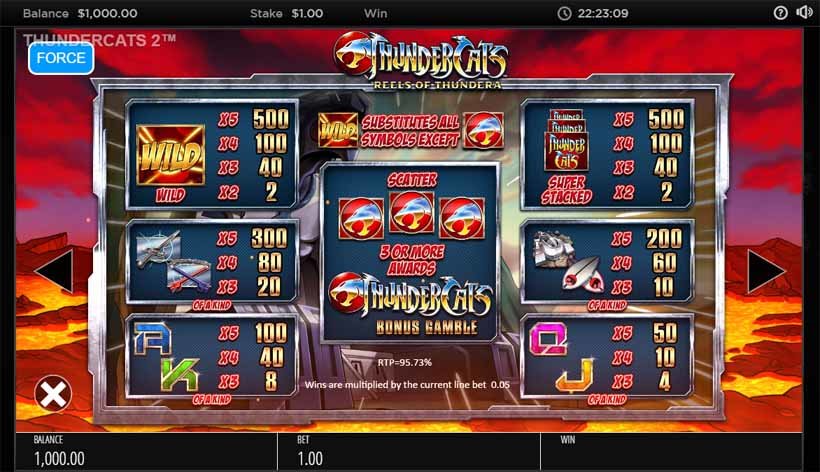