Tweethearts is an online video slot machine quite unlike most others. Its uniqueness lies in its modern day theme, presented in an exotic style. The game is set on a tropical island populated by lovebirds. These birds are embroiled in a quest to help lovers find each other.

The island is the backdrop seen behind the reels. All of the standard symbols players see on the reels sometimes appear doubled. The highest paying symbols in the game are the various birds.

In addition, Tweethearts boasts three distinct wild symbols. One is regular, one is a double wild and one is a lucky wild. The regular wild does pay out when part of a winning combination of symbols. While the regular and double wilds appear during standard gameplay, the lucky wild only appears during the free spin feature.

During standard gameplay a random wild bonus may be triggered. When this bonus is triggered, players may get as little as two wild symbols added to the reels or as many as six of them added. Double wild symbols may land on the reels as well. 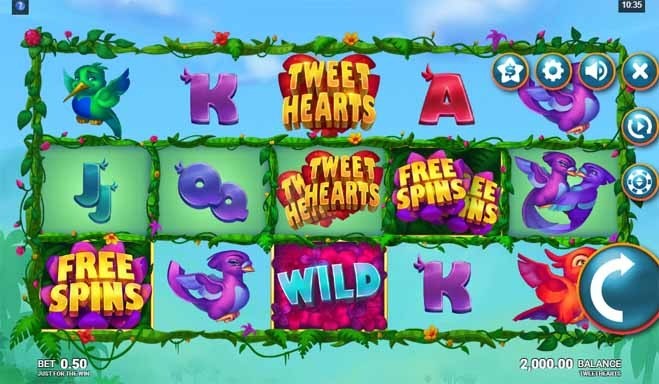 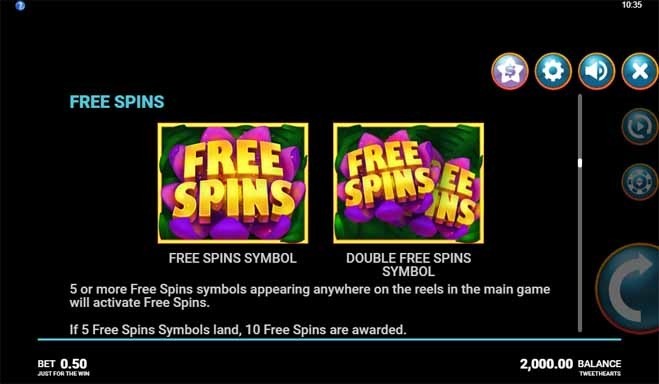 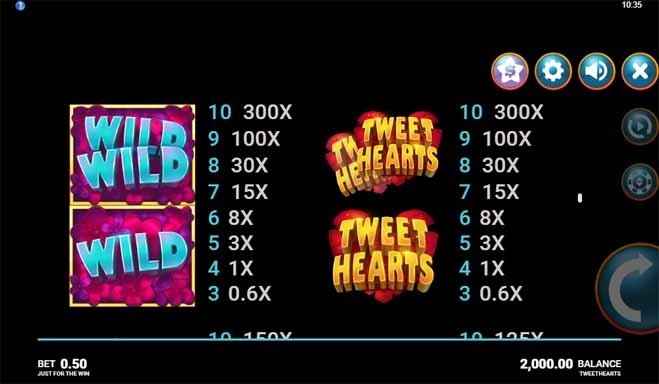 Tweethearts is nowhere near being a flashy, high energy slot machine game. However, it offers players an experience that is calming and comforting. Its graphics and sound effects are meant to be soothing. This game is ideal for players who want to relax and unwind after a hard day.

The overwhelming theme of this game is love. The message it sends is one that is accepted worldwide. Tweethearts should appeal to players all over the world and of all ages. Its universal theme is one that everyone can enjoy.

For romantics at heart, Tweethearts is the perfect game to slip into. It is a game that couples can play together but also one that gives hope to anyone looking for love. The premise of the game is based on this. That being said, it may not be something every player enjoys. But for those who want a fun and easy game, Tweethearts has everything that players could hope for.