Players that enjoy slots with a Norse mythology will likely try Playson’s Vikings Fortune Hold and Win. The premise of the game is Vikings embarking on an adventure. They are tasked with finding enough gold coins to pay their King’s ransom.

When the game is launched, players will see a background of a typical Nordic Fjords settlement. The snowy background is fuzzy, sending players’ eyes to the reels filled with symbols that represent Norse mythology. They include treasure caskets (full to overflowing with gold coins,) a crow and a wolf. Even the standard slot machine symbols fit the game’s mood, being carved into stones with gritty edges. A gold coin adorned treasure chest serves as the game’s scatter symbol. The wild symbol is a bright gold brow. However, the symbols worth the most in this game are the two warriors, one male and one female.

Throughout paid and free spins, players may get gold coins. If they can amass five of them, they trigger the game’s jackpot round. The game offers three separate jackpots, mini, major and grand. Mini jackpots equal the amount players would bet collectively on 30 of their spins, while major jackpots equal the bet of 100 spins. The grand jackpot is the equivalent of a player making 1000 bets. Each jackpot is triggered by a different colored symbol. Players are taken to a separate game screen when they get a shot at winning any of the jackpots. 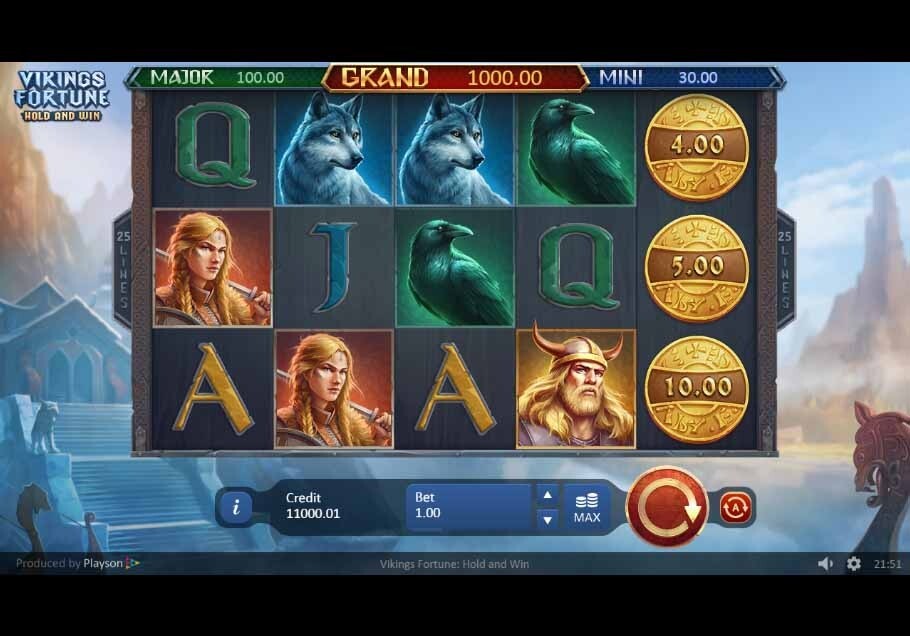 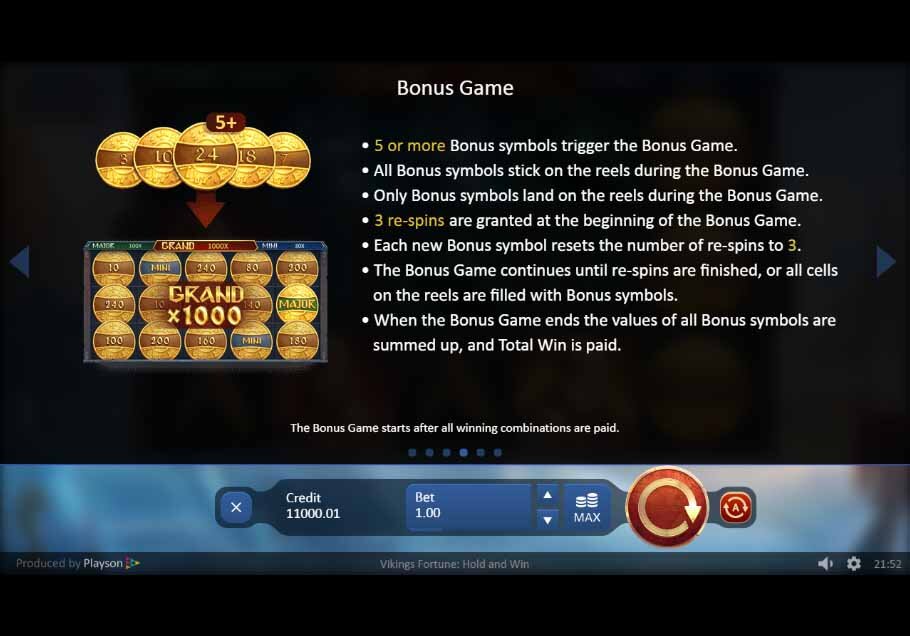 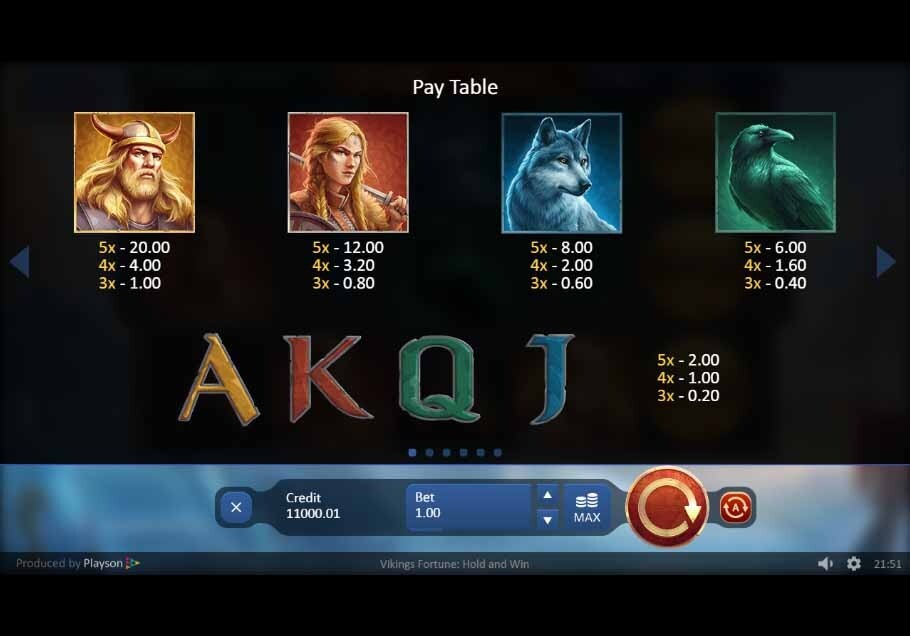 Vikings Fortune Hold and Win doesn’t go over the top trying to impress players. It is a simple game that offers may chances to win a jackpot prize. Its free spins are much fewer than other slots. However, players lucky enough to retrigger free spins may not mind this.

Whether a player accesses the game on their desktop computer or a mobile device, the quality of graphics is just the same. This game is visually stimulating with its eye catching gold coins. Some would say the game is understated compared to similar games. It is ideal for those who are new to slot machines. With no overly complicated bonus features, anyone can learn this game. For many players, the pursuit of one of the jackpots is reason enough to keep spinning the reels. Others simply enjoy it for its Nordic theme and even its accompanying background music.