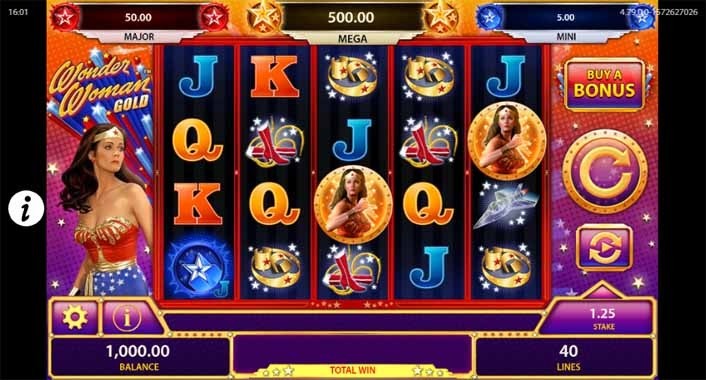 Few superheroes have been as prolific as Wonder Woman is. That’s why she has a series of online and offline video slots, including Wonder Woman Gold. The game is based on her likeness and features characters from the classic TV show.

To the left of the reels players will see Lynda Carter’s version of Wonder Woman. The background behind her is filled with stars that look like the one on her uniform. Above the reels are signs for the game’s three jackpots. On the reels are symbols that Wonder Woman fans will quickly recognize. They include both Wonder Woman (who serves as the scatter symbol) and her alter ego Diana. Her male companion, Steve Trevor, also serves as a symbol. Non human symbols used include Wonder Woman’s bracelets, belts, and her classic knee-high boots. An American flag with Wonder Woman’s signature symbol on it is the game’s wild symbol.

When a winning combination of symbols is achieved, players are treated to one of the TV show’s iconic scenes. Throughout the entire experience they will also hear a musical score featuring songs from the 1970s.

The wild symbol expands after appearing on the second, third or fourth reel. If the symbol turns into an expanding wild, players are guaranteed to score a winning combination.

Free spins are triggered by the appropriate symbol, a gold coin emblazoned with Wonder Woman’s face. The symbol has to land on the first, third, and fifth reels at once for this to happen. Players can then choose from their three options for free spins. Their choices are eight, 16, or 25 spins for free. All three choices have a perk attached to them that benefits players.

One other bonus feature this game has is the mystery stacked reels. On every reel there is a position for a mystery stack. Prior to the reels being spun, a single symbol is replaced with one. Standard symbols must be used as replacement. Wilds, scatters and jackpot symbols can’t be used. 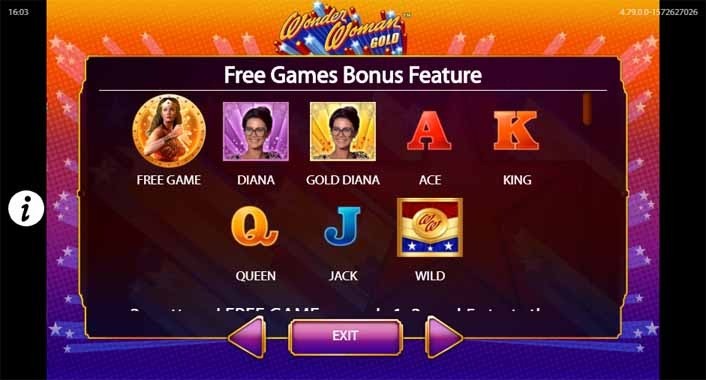 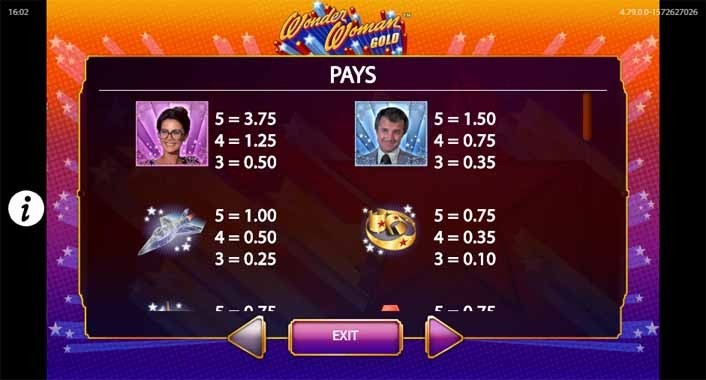 The lure of Wonder Woman is enough to get players interested in this game. For those who liked the TV series, the game is a blast from the past. Yet it has enough to offer than even players who haven’t seen the show will enjoy.