The franchise of Worms’ video games for the PlayStation led to the creation of the online slot machine game called Worms Reloaded. The game is about military earthworms and boasts many bonus features starring these creatures.

Symbols used on the reels in this game include weapons such as missiles, rifles and a fire punch. The game’s logo serves as the game’s wild symbol and is something players should look out for. When the logo symbol explodes one of four bonuses is triggered. The four bonuses are Holy Hand Grenade, Concrete Donkey, Banana Bomb Wilds and Teleport Mayhem.

The Holy Hand Grenade triggers yet an additional bonus round; the Concrete Donkey turns reels into wild reels, the Banana Bombs Wilds bring wild symbols to the reels that trigger re-spins and the Teleport Mayhem guarantees players will win multiple cash prizes.

The most complicated of the Knockout Bonuses is the Jetpack, which consists of two different stages and rewards players with multipliers to increase their winnings. The other three bonuses are less complicated, with Blitz Blast giving out free spins until a worm is sent to space using a missile. The Super Sheep Free Spins goes on for six rounds of game play and features the sheep wild symbols. During the sixth round if players pick the necessary grenade the bonus is retriggered. Players will find that the Battleground Bonus allows them to choose a win multiplier or one of the featured bonus games.

Like other similar online slot machine games, Worms Reloaded features the Jackpot King Progressive. For this reason alone many players flock to this game to take their chances on winning big. 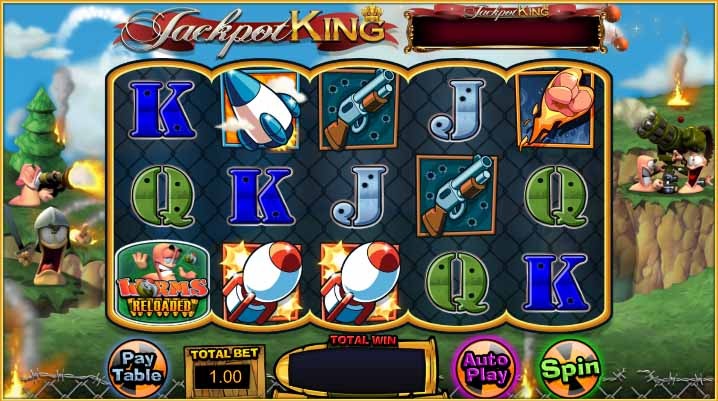 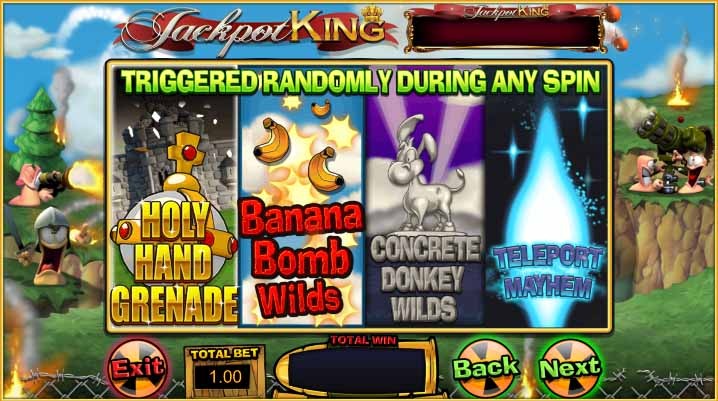 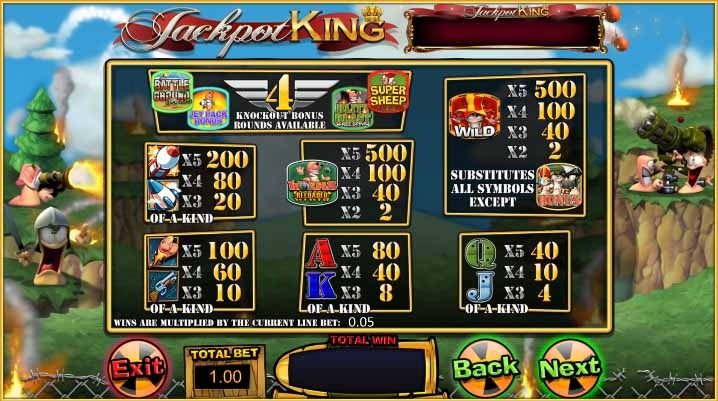