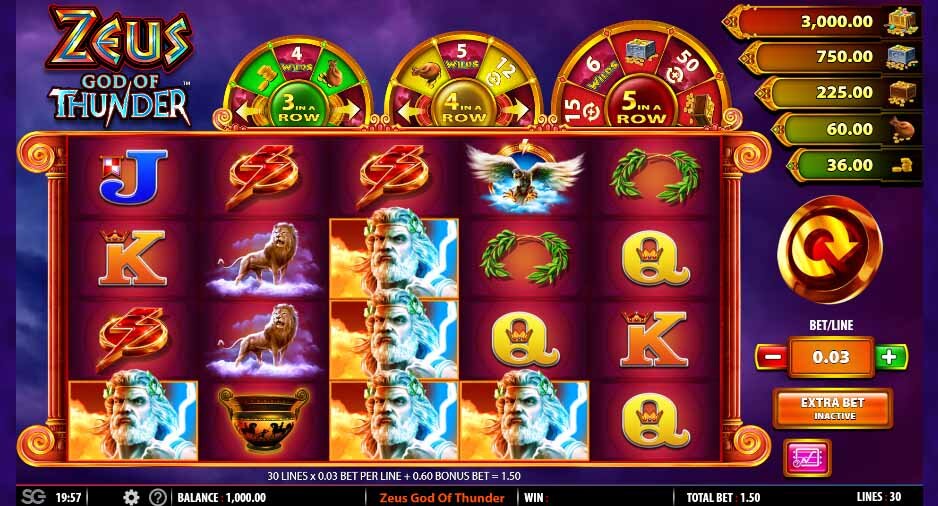 Few online video slots are as successful as Zeus God of Thunder has been. WMS had a huge hit on their hands with the original Zeus game. As a result, they followed it up with God of Thunder. Its 30 pay lines exceed the number of pay lines in the original version of the game.

The theme of God of Thunder is an Ancient Greece theme. The symbols seen on the reels support this. They include Zeus (the top paying symbol,) along with objects and animals such as an amphora, a lion, a vase, an eagle, a lightning bolt and a wreath. Zeus becomes a stacked symbol during certain parts of the game. The wild symbol in God of Thunder is a golden temple. This symbol will only land on the second, third or fourth reels. When it does, a player’s winnings are doubled.

There are three bonus wheels that help players enjoy extra game features. They are tied to the game’s background symbols. This means players want to look out for a sky which holds a storm. Background symbols must appear on the reels three to five times to spin a bonus wheel. The numbers of symbols that appear determine which wheel is spun.

Another bonus feature players can use at their discretion is extra bets. This is a paid feature in which players spend more money to get more wilds on the reels. Extra bets can also be used to a player’s advantage during free spins. They can use them to get more free spins than they would otherwise. For example, a player that wins five free spins would get two extra free spins with the extra bet. If they win seven free spins they can get three more spins of the reels. Players that win 50 free spins can upgrade to 100 with an extra bet. 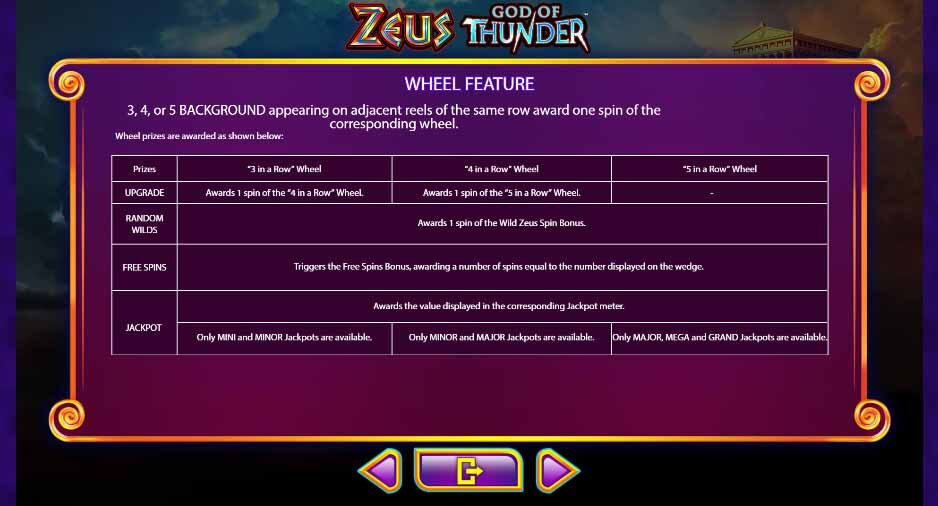 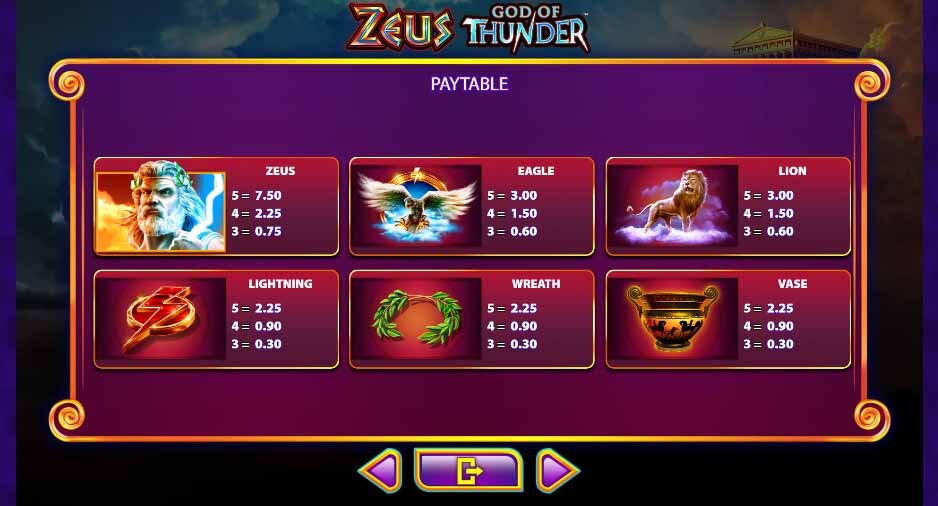 Zeus God of Thunder exceeds the expectations of those who enjoyed the original. Its progressive jackpots and additional bonuses make it compelling to players of all ages. The high quality video graphics make the game extremely visually appealing.

Ancient Greek themed slots are nothing new. Yet few of the games in this genre are as well done as God of Thunder is. Players that enjoy the theme were looking forward to this one even before its release.