Fans of the macabre are flocking to Zombies, the online slot machine game that leaves a shiver running down players’ spines. The game takes place in a mall that has been taken over by zombies and features appropriately eerie background sound effects. When the reels are spun players will hear the voices of dismembered zombies, adding to the game’s ambience.

All of the symbols used in the game are related to Zombies in some way. This includes a gas mask, a brain, a chainsaw, axe, gas mask and severed eyeball.

The game’s wild symbol is simply the word “wild,” while the scatter symbol is represented by blue tubes of glowing hazardous waste. When players get this symbol on the second, third and fourth reels within a single spin, players get five spins for free. For every free spin played an increasingly large multiplier is applied to it. There is also a random bonus feature triggered when a symbol of a two-headed zombie lands on the reels. Players may see this symbol on the reels immediately following a spin that did not trigger any of the game’s bonuses. As many as six of the symbols on the reels, may become wilds.

The game’s stacked wild feature and Zombie’s Bonus Game are integrated with each other. When free spins are activated a score box appears on the screen and tracks the amount of coins a player wins on each spin. This is when the stacked wild is likely to be seen covering the entire third reel. It also causes a zombie to reach out to the player.

Between free spins players will see a scene where they get to shoot at the zombies in the mall. Every time a player spins the reels for free the zombie will take one more step towards the player. The more zombies a player shoots the more money they win.

The chance to kill zombies is something many players can’t resist, giving this game the appeal it needs to be a huge hit at online casinos. For similar slot games look out for Alaxe in Zombieland and Lost Vegas. Both of which are sure to keep your Zombie fix at bay! 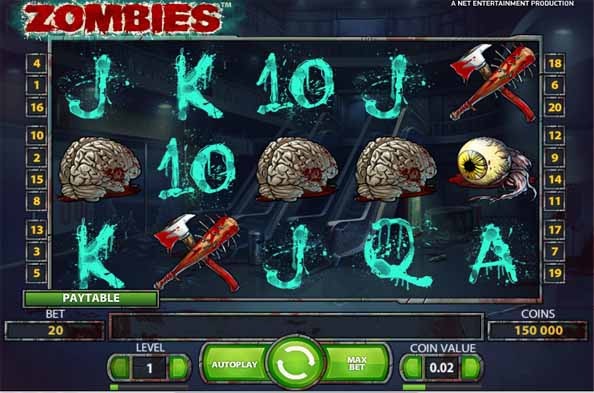 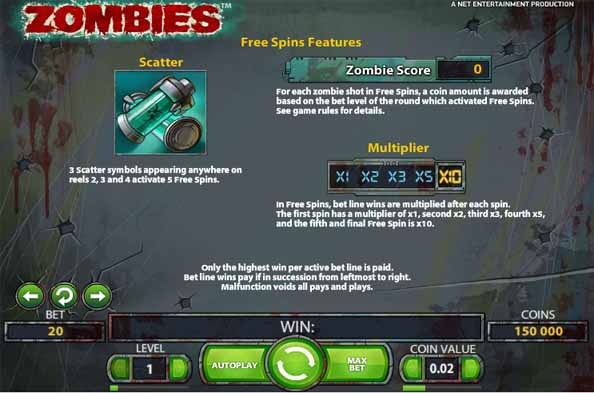 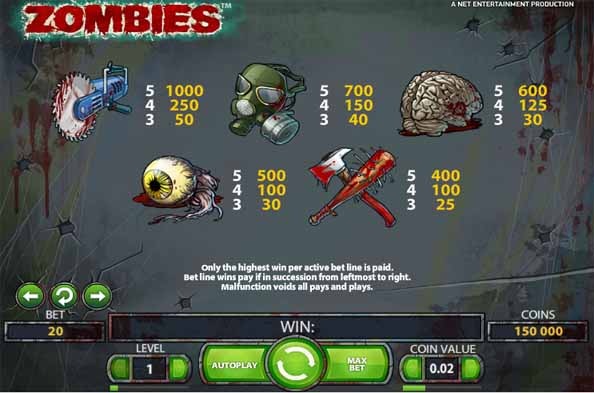