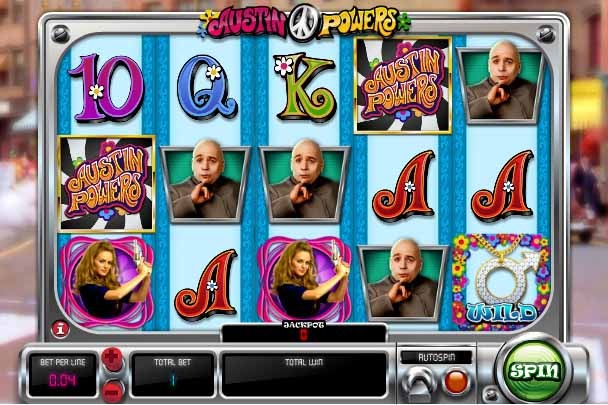 Fans of the Austin Powers movies are sure to enjoy trying the slot machine. This online slot machine pays homage to the movies. Symbols used in the game include movie characters such as Felicity Shagwell, Dr. Evil and of course, Austin Powers himself.

Features of the game that players love include Sharks WithFrickin Laser Beam Wilds, Dr. Evil Nudges and Mojo Wilds. The game also has a feature called the Time Portal, in which players view clips from the movies. These clips feature both Fat Bastard and Mini Me.

When players access the time portal feature of the game they take a ride through the 1960s. In this part of the feature Felicity Shagwell is seen wearing a mini-dress.

A platform located below the reels injects the Sharks WithFrickin Laser Beams into the game. Anywhere from one to all five reels will become wild, resulting in winning combinations of symbols. When the Dr. Evil Nudges are released onto the reels they move symbols up and down on the reels. At any time vials containing Austin Powers’ lost mojos can split, leading to transforming some symbols into wilds.

Players may also experience the Fat Bastard Free Spins. This gives them six spins for free and includes the Fat Bastard Colossal Wild, which is placed on the reels and expands to cover more than one reel. The Mini Me Free Spins get players 10 spins at no cost. During this feature Mini Me also serves as a sticky wild. The Frembots get players five spins for free and in some cases, even five stacked wilds to increase the chances of winning.

Another bonus feature in the game is Sky Kit, in which players must look through a spy kit owned by Felicity and Austin Powers. Players can click on objects in the kit that award them prizes. This bonus feature ends when players pick an explosive from the kit.

The game’s other bonus feature is Submarine Trail Bonus in which players search for golden keys. When they find them it activates the game’s tractor beam, which helps players win even more money. 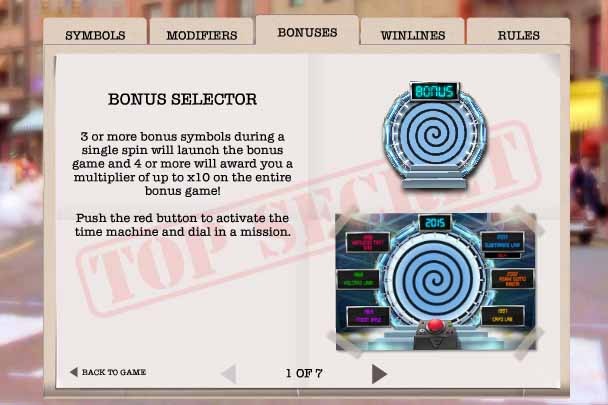 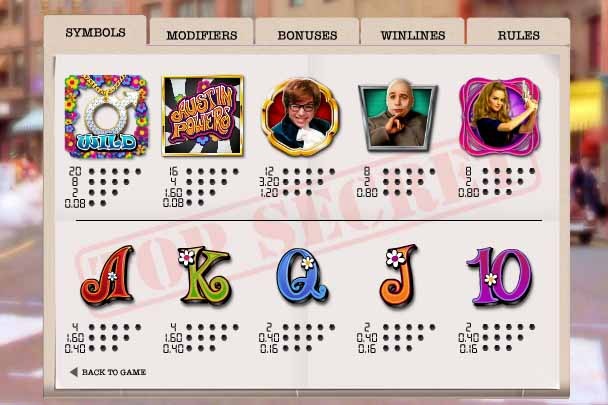 With so many bonus features, the Austin Powers slot machine is a real treat for players who are looking for non-stop action in their games. It provides enough entertainment value for players of all ages (over 18!) to appreciate and enjoy its features.