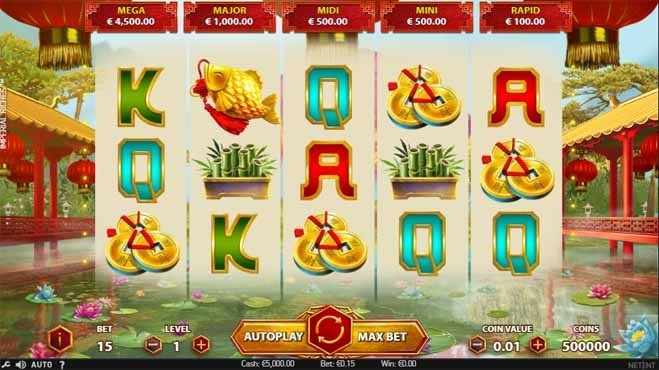 With a classic Asian theme, the Imperial Riches online video slot machine joins the ranks of so many others. It was designed specifically with Chinese and Japanese players in mind.

The game is set in a garden that includes a pond stocked with Koi fish. Its soundtrack features calm and relaxing music that is appealing to stressed out players.

Along with the traditional symbols, the reels also include symbols of ingots, bamboo plants, gold coins and a golden fish, which is the most valuable symbol in the game. A gong serves as the game’s wild symbol while a lantern is its scatter symbol.

A bonus feature that players love is the Avalanche. This is part of what makes Imperial Riches so exciting for players. It is a feature in which every time a winning combination of symbols appears on the reels, they are replaced with new symbols.

This bonus is set in a larger pond that includes five jackpot fish and a single coin fish. 50 jewels are then deposited into the pond, where the fish are able to eat them. When the coin fish eats a jewel players get a cash prize. The jackpot fish each represent one of the five choices of them. Three of them are progressive jackpots and two of them are fixed jackpots. 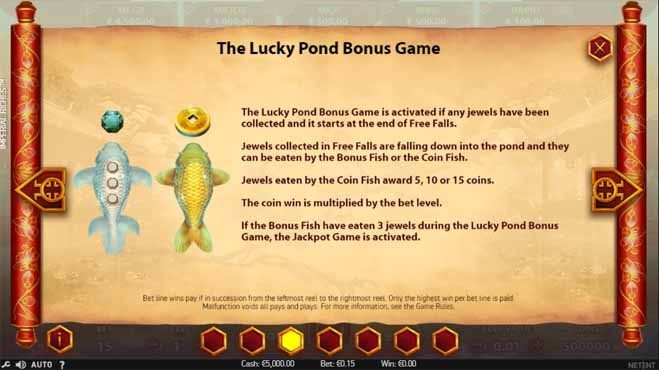 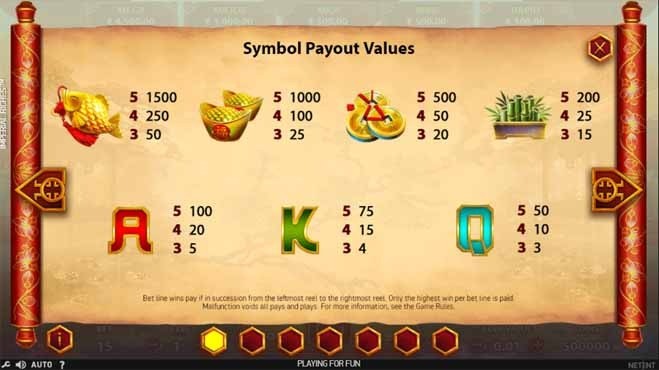 Imperial Riches is packed with exciting bonuses. This is the main appeal of the game for most players. Its free falls feature is something that players enjoy, and that sets slots like this one apart from the titles that don’t offer this particular feature.

The graphics and sound effects in this game also make it worth playing. They are soothing to players, making them an excellent choice for those who don’t want to be overstimulated. This game is just what some players need.