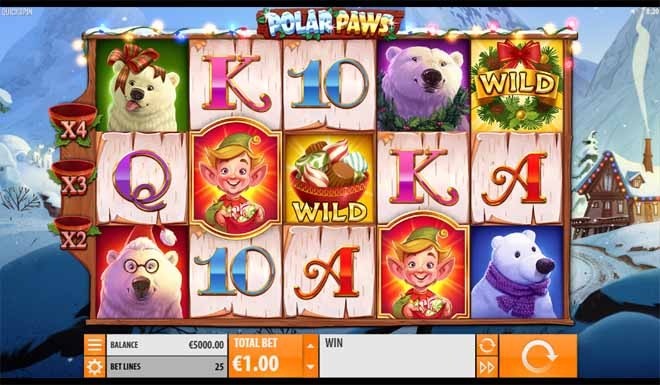 It is impossible to play a slot machine like Polar Paws and not get into the holiday spirit because of it. This festive game puts a smile on players faces as soon as they start spinning the reels.

The game is set in a quiet town covered in white fluffy snow, with more falling from the sky. To the right of the reels lies a brown house and a tall tree, with prominent mountains behind it.

On the reels are Christmas themed symbols that include papa bear and his polar bear family, an elf, sweets and a wreath. While the wreath and sweets serve as the game’s wild symbols, the scatter symbol is the elf. The wreath is a standard wild, and the sweets are a multiplier wild.

The multiplier wild only lands on the second, third and fourth reels. If players get three consecutive multiple wilds on the reels they win four times the amount of their bet. 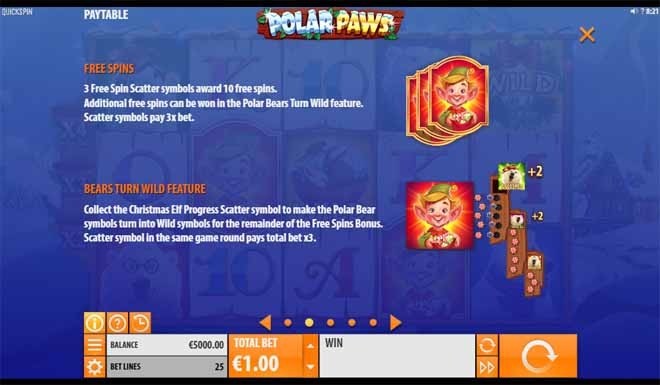 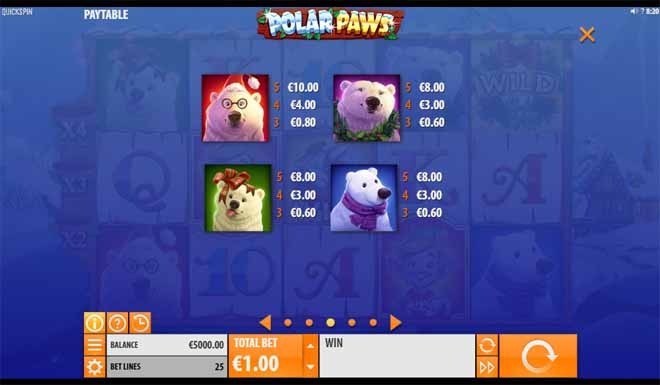 With a happy family of polar bears, this game is an uplifting experience for every player. To animal lovers, these cuddly looking polar bars are visually appealing enough to get them to try the game.

Not overly complicated, Polar Paws is the perfect game for any player who wants to enjoy the spirit of the holiday season. It can even provide them with a cool virtual getaway on a hot and muggy day. For many players, this game appeals to them all year long.

While it is not the only polar bear themed slot machine, Polar Paws stands out for its cheerful graphics and background scene. Just watching the snow fall from the sky can be enchanting to players.

This game is perfect for players of any experience level when it comes to slots. It is not too complicated for a beginner but has enough to offer players who are accustomed to today’s slot machines.