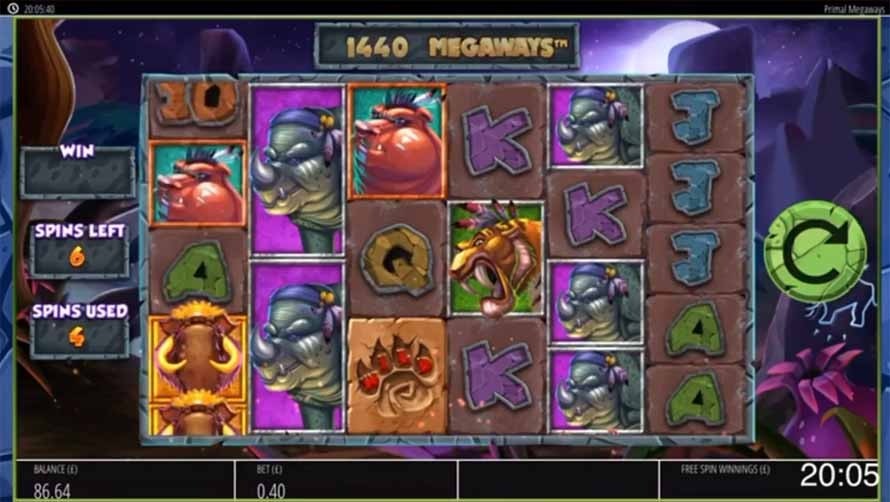 Primal Megaways in an exciting online slot with a woolly mammoth as the main character and theme of the game. The megaways aspect means that players have a better chance at winning huge cash prizes than they otherwise would.

Set in the Palaeolithic age, the mammoth is feared by all, just as he was during that time period. Those that have knowledge of the Palaeolithic age will recognize that the game’s background depicts what forests looked like. All of the symbols seen on the reels represent the time period. They include not only the mammoth but also a goat wolf, sabretooth tiger, warthog, and a rhino.

There are three bonus symbols on the reels as well. The skull of the mammoth is the scatter symbol, while the sabretooth tiger’s paw print is the wild symbol. In addition, the mystery symbol is a cave that features a campfire.

Every time players spin the reels at least two but no more than six symbols will randomly appear on each one. This creates an automatic winning combination of symbols.

Some of those that appear randomly on the reels are mystery symbols, which can be any aside from the scatter or the wild. These symbols can appear during standard gameplay and free spins.

Players with at least three (and possibly six) scatter symbols on the reels trigger the free spins bonus. The minimum number of free spins awarded is 10 and the maximum number is 30. Three scatters on the reels not only gets players 10 free spins, but also gets them a multiplier that doubles or triples their winnings.

Four scatter symbols get them 15 free spins and a multiplier that could double, triple or quadruple their winnings. Five scatters get players 20 spins for free and can get them up a multiplier of up to five times the amount of their original bet. Six scatter symbols get players the maximum of 30 spins for free. Along with that they get a multiplier that can award them up to six times the amount they bet on the spin that triggered the bonus.

For every free spin of the reels, a wild may randomly land on all but the first and last reels. Players then get one multiplier that the game randomly chooses. 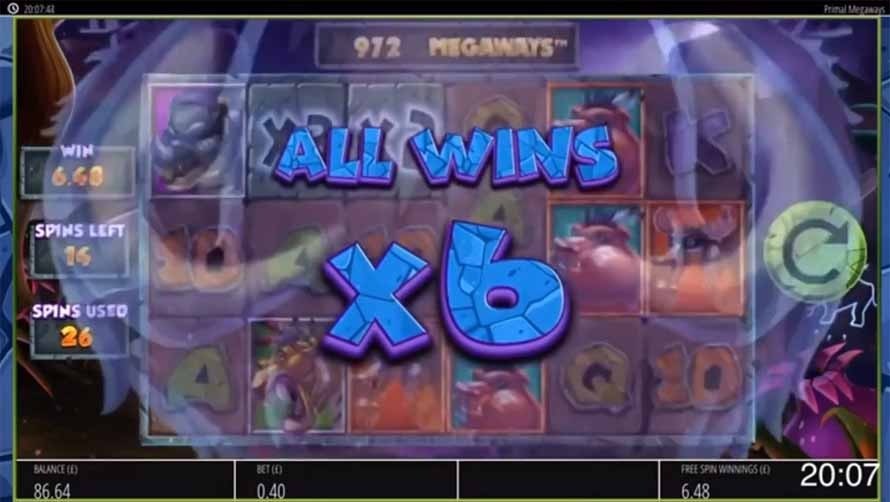 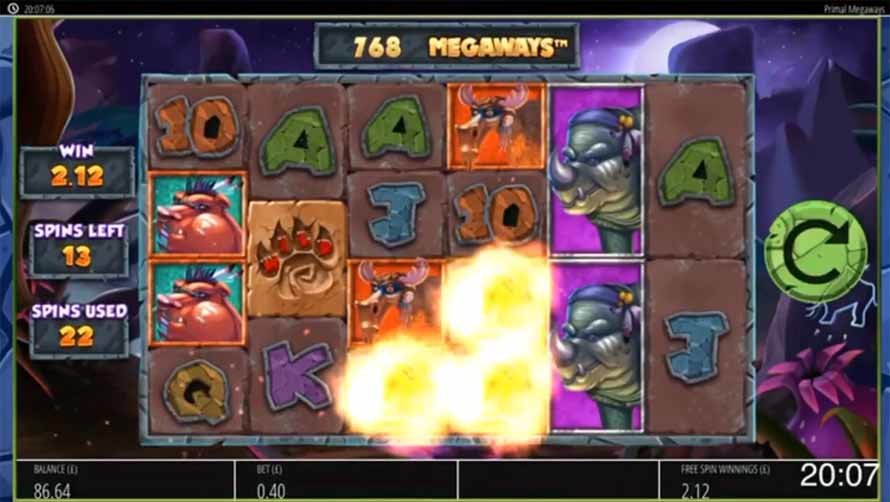