For anyone who has ever dreamed of living a luxurious life, The Grand is the ideal online slot machine. It uses an art deco theme to transport players into a fantasy world. The game has an old fashioned feel to it, as its set in the 1920s. The glamour of that decade is captured in the game’s theme.

One thing The Grand lacks is a strong connection between the game’s theme and its symbols. While the symbols in most slots are very specific to the game, this isn’t the case with The Grand. The symbols seen on the reels are simply gems of various colors. There are six different gems seen on the reels. If players get all six in one spin the games pays out its highest cash prizes.

Players never know when they will trigger the game’s bonus features. This includes synced reels, random wilds and nudges reels. Synced reels happen when the same symbols appear on all three pairs of reels at once. When random wilds occur, players will see at least four but no more than eight wild symbols on the reels. Nudge reels are those that move below or above where they were on the game screen.

Players also want to look out for the bonus symbol. It can appear in the third, fourth and fifth columns on the game screen. The appearance of this symbol brings with it the Grandomizer. This is a feature that lands players bonuses as well as one, two or three free spins. 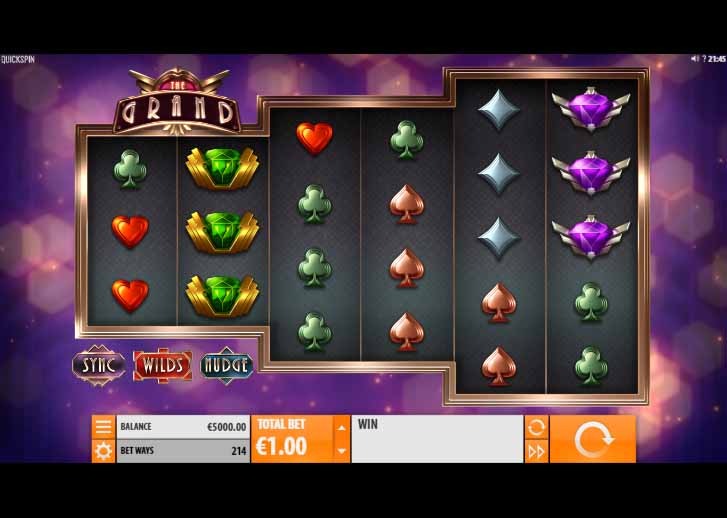 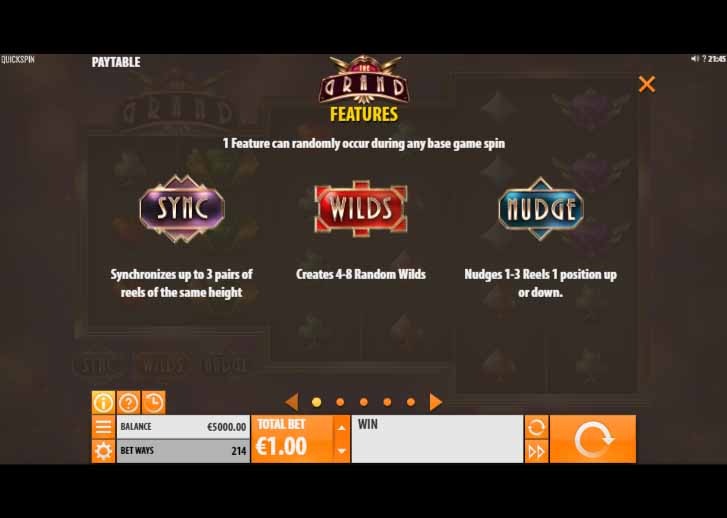 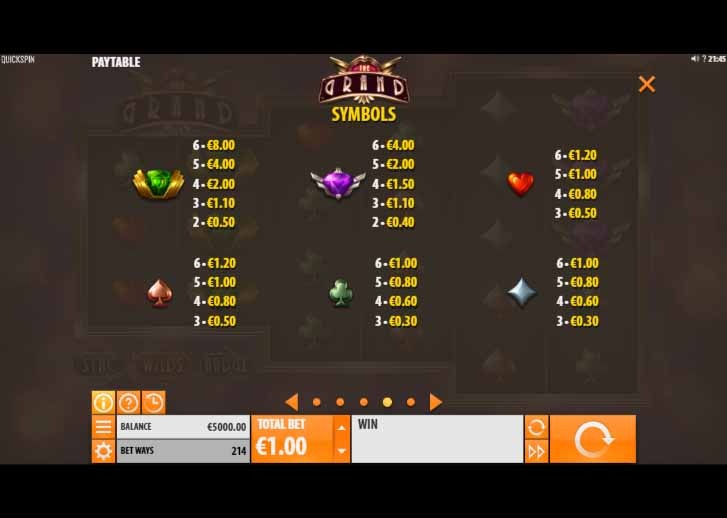 The Grand lacks a lot of the things players would hope to see in the game. Its bonuses are limited, with only the random aspect of them offering any excitement. It takes a theme that would be easy to embrace and keeps it very simple. This contradicts the very idea of the theme, which is living in luxury. Many other slot machines based on the idea of luxurious living have been a hit with players. In the case of The Grand, it appears to be more of a miss.

There is not much about this game that lives up to its name. Quickspin may have been too hasty in trying to embrace the game’s theme. Its only nod to luxury is the use of gems as the symbols on the reels.

New customers only. 1 Free Spin for every £1 of first deposit up to 50, available on selected games only. First deposit only. 3-day expiry on Free Spins. No Neteller/Skrill.