Yokozuna Clash is unlike most other video slot machine games. This one features two wrestlers named Haru, and Riku O’Conner going head to head below the reels. However, this doesn’t happen until a specific point in the game. Players who are familiar with Sumo wrestling will recognize Yokozuna for the Japanese warrior that he is.

This game is set on a stage where players see the two wrestlers facing off. In this case, the symbols on the reels aren’t tied directly to the game’s theme, as is the case with most other slots.

The symbols seen on the reels include a blue dragon, red bird, green lizard, and a purple tiger. The red bird serves as the wild and scatter symbol in the game. It will only ever land on the first or fifth reels. Both wrestlers serve as modifiers in the game.

On the left side of the mat the wrestlers fight on is Riku. While the reels are spinning, he has the ability to add either one wild symbol or two wild symbols to the reels. Meanwhile, Haru, on the right side of the mat, sometimes brings multipliers into the game. They can either double or triple a player’s winnings. However, multipliers may be added to the reels even if a winning combination of symbols isn’t achieved.

One bonus feature is called the Sumo Clash. When players get five of the same symbol on the reels at once at least two but no more than four symbols are added to the reels. These symbols then help form a winning combination.

Players only need two of the scatter symbol, one on the first and one on the fifth reels, to win free spins. Unlike most other slots, there is not a set number of free spins players win. For every winning combination of symbols after a spin, Haru and Riku fight.

There is a meter located on the screen between the two wrestlers. Players must choose to be in either Riku’s or Haru’s corner. The meter spans the length of both wrestlers’ stances. If a winning combination of symbols appears from the left to the right, one wrestler punches the other. If the winning combination is right to left the other wrestler throws a punch. Lives are won and lost until one wrestler is declared the true winner of the match. 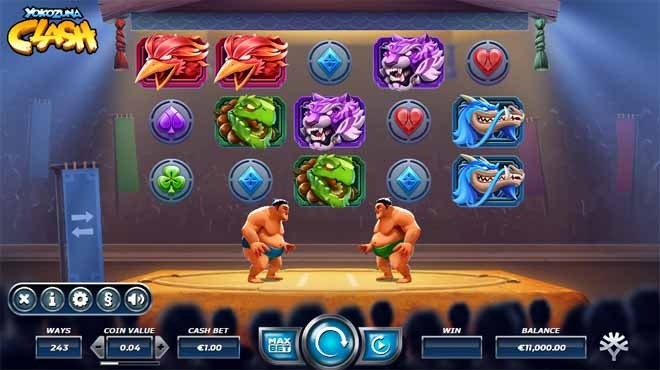 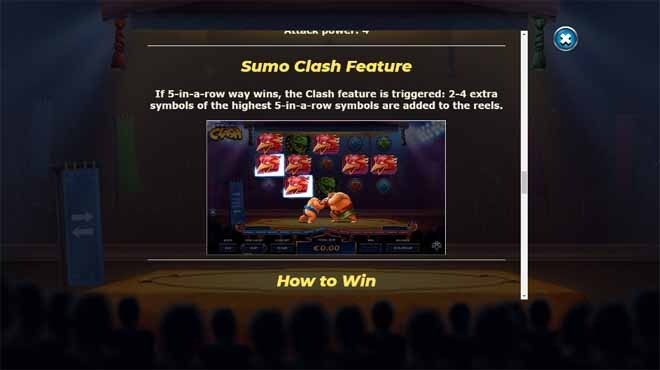 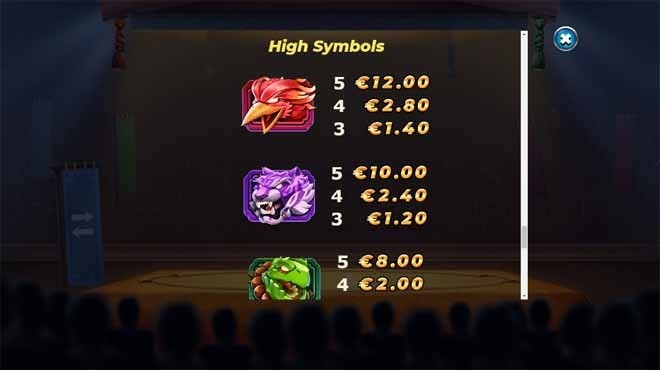 With such a unique game structure, Yokozuna Clash even entertains players who don’t necessarily enjoy slot machines. Anyone who is a fan of sumo wrestling will likely find this game appealing.