88 Fortunes is the latest creation from Bally Tech. Based on a popular Chinese theme, this game, like many games, was originally created for the land-based casino market. Since July 2016 fans can now play it online too. The game has the same feature as the land-based version, but the play interface is a little bit different.

When you first launch the game, you’ll be welcomed by two happy twins. The game graphics are nicely detailed and mainly gold in colour, and the winning pay line and the win amount is displayed at the top of the reel. The game graphics includes a gong, which pays the most, a golden eagle which is the second best symbol, followed by a golden ship, a gold fountain and a gold coin,with the latter paying the least out of the game specific symbols. You’ll also find the standard 9, 10, J, Q, K, A symbols at this slot. The wild is the “Fu Bat” and it’s important to know that in 88 Fortune the wild symbol can only appear on the second, third or the fourth reels. Should one appear, you could be awarded one of the four jackpots instantly!

To activate the bonus feature, you will need to hit three or more gong symbols. This will award you ten free spins. A good thing to know is that in free spin mode the 9, 10, J, Q, K and A symbols will not appear on the reels. The free spins can be re-triggered while the feature is active.

88 Fortune also has an “all up game engine.” This feature is located at the top left of your screen, and gives you the chance to buy gold symbols to increase your winnings.

The jackpots can be won at any time simply by triggering a Fu Bat symbol. Should you be eligible for more than one jackpot, you will be invited to play a pick and click game. Simply match 3 jackpot symbols to win a prize. 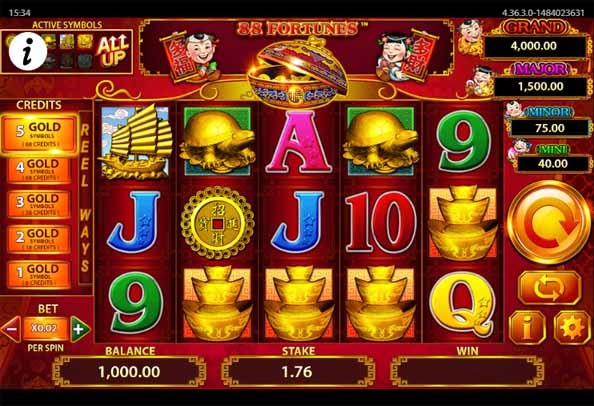 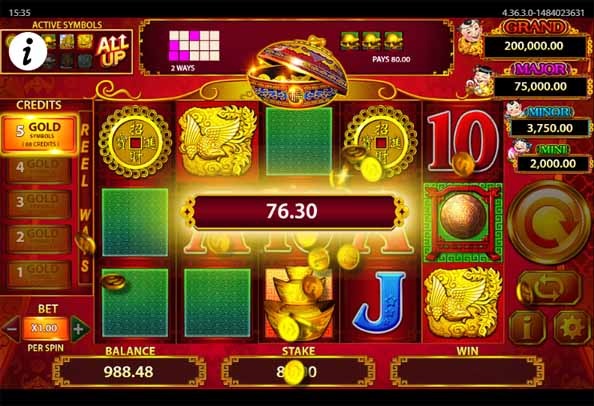 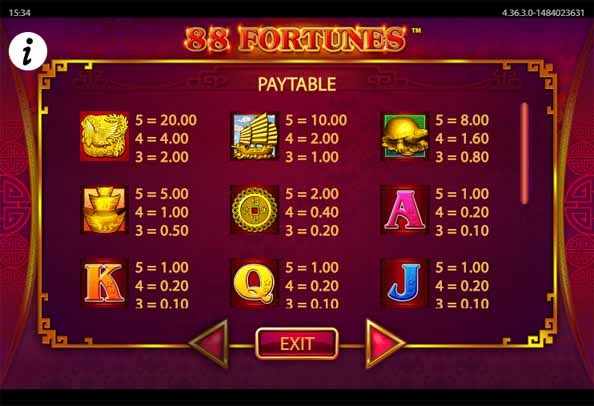 This game has the potential to be popular, especially with more experienced casino players. The pick and click bonus round is similar to the Hall of Gods one, which is a game that has proven to be quite popular with jackpot hunters. The music is quite catchy, and players should really enjoy playing it.