Swedish mythology states that Asgard was a Norse God. This was the inspiration for the online video slot Age of Asgard. It pits good vs evil, a classic rivalry that everyone can relate to.

The backdrop of this game is anti-climatic in relation to its theme. Players will see nothing more than a snowy, icy Nordic town on a cold winter night. On both sides of the reels are statues depicting demons and Gods. They are partially buried in the falling snow. Orange and blue flames shine light on the statues.

The two reel setup Age of Asgard uses gives it a more distinct feel than many other slots. The game’s original reels are supported by warrior frames and iron braces. With five reels that contain 20 pay lines each, the reel spins look vastly different in this game than in most other slots. There are different symbols on the different reels, something else that helps this game stand out.

Players will also see shields as symbols on the reels. If matching shields are on the same pay line at the same time, players may win twice the amount of their bet. Some of the Gods and demons on the reels can leave players with even larger winnings.

There is a female Thor in the game, who serves as one of the wild symbols. She only appears on the top reels on the game screen. A dog possessed by the demon acts as the wild symbol on the bottom reels.

Wilds are both expanding and sticky in Age of Asgard. They can become nudges if they help form a winning combination of symbols. With no nudge present, wilds that expand to cover the entire reel become locked wilds. The reels are then spun around them, giving players a free re-spin.

In the event that wilds land on the top and bottom reels in the same spin, the dual reels come into play. The wild symbols are then engulfed in flames which can add four more regular wilds anywhere on the reels. Wilds that make contact on the reels with either the demon or god symbols automatically expand.

There is also a free spins symbol to look out for. There are three spots on both sets of the reels where these symbols may land. When this happens players get 10 spins of the reels for free. The set of reels that triggered the free spins expand so that two sets of reels become one. 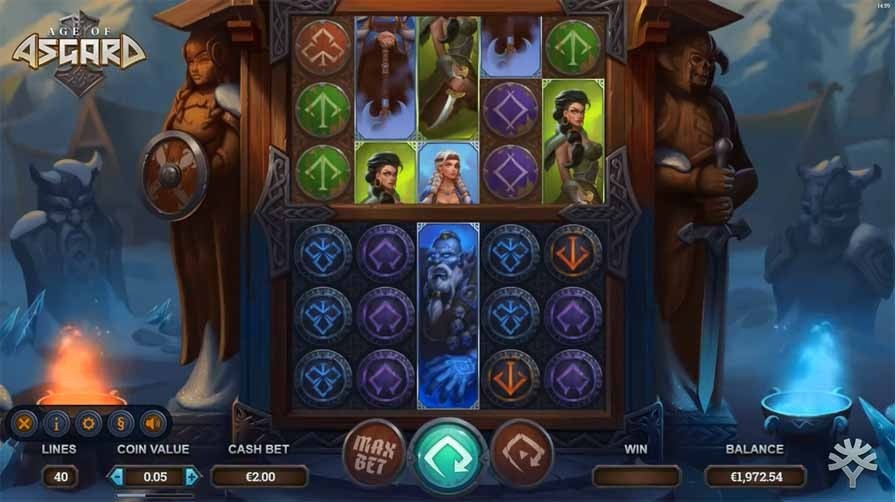 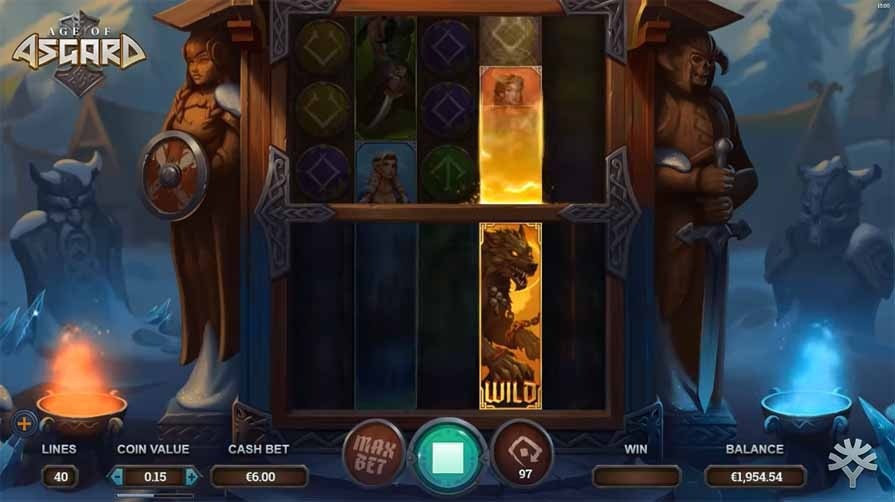 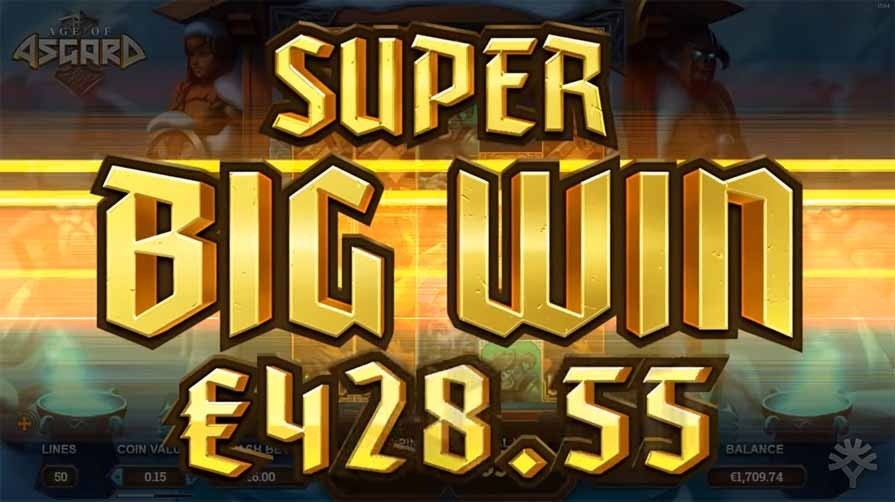