There has been a marked improvement of the graphics between the original Jane Blonde game and its sequel. Where before she appeared as a standard image Returns sees her in all her HD glory. In Returns she’s got the ability to be a stacked wild. Though the original Agent Jane Blonde was portrayed using cartoon type graphics, Returns is the result of a huge upgrade.

Jane is a woman of many styles in this game. Her symbols portray her in a sports car and a ski bike, as well as sporting a fur hat. Other symbols seen on the reels include equipment an agent like Jane Blonde would typically use. They are exploding chewing gum, lipstick in the shade of a bullet and even eyeglasses that enable x-ray vision. The logo for Returns serves as the scatter symbol. The game is set in a city after dark. The skyline is the visual highlight of the background. It includes brightly colored lights that helps give the game its ambience.

When three of the logo symbol appears on the reels at once, free spins are triggered. Players get 15 of them, which even come with multipliers to further increase their winnings. In addition, when the wild symbol appears during free spins it doubles the winnings a player gets. They may also be awarded a re-spin of the reels. This happens when two scatter symbols end up on the reels after one spin. Those scatters then become sticky wilds while the re-spins are completed. The first spin that results in no wild symbols on the reels ends the bonus round. 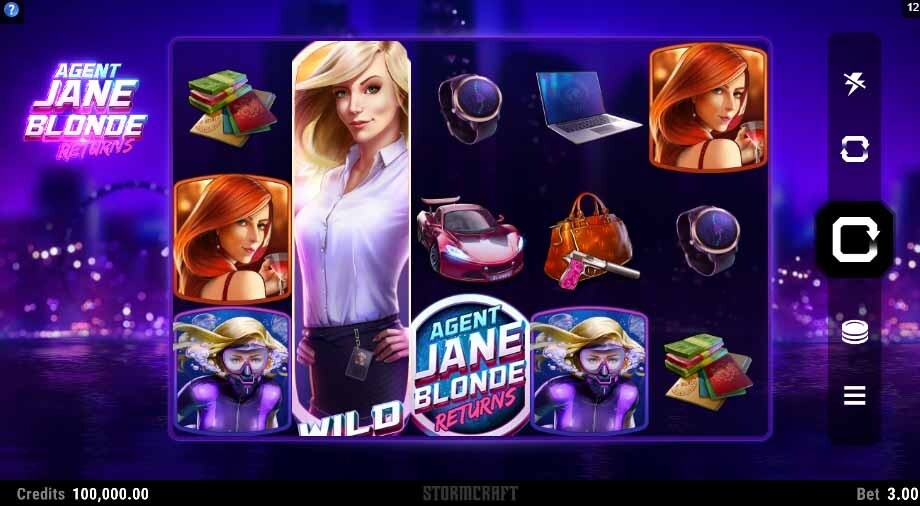 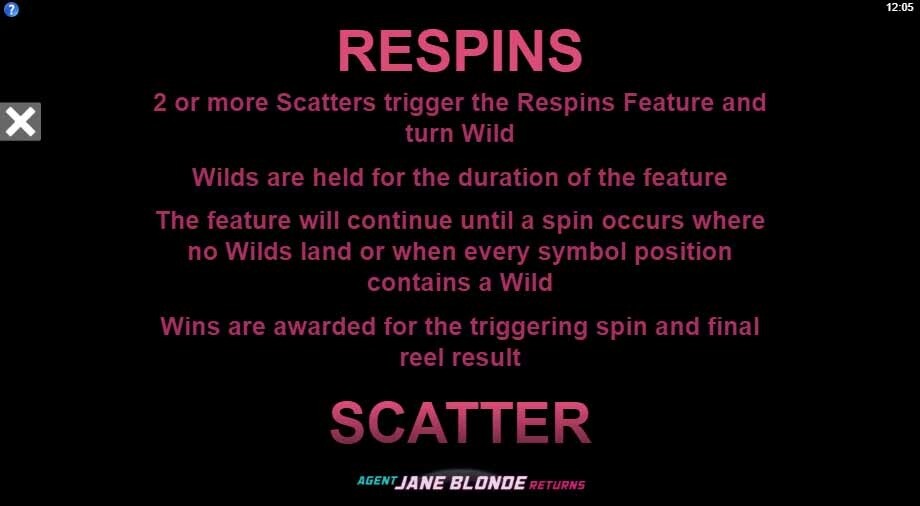 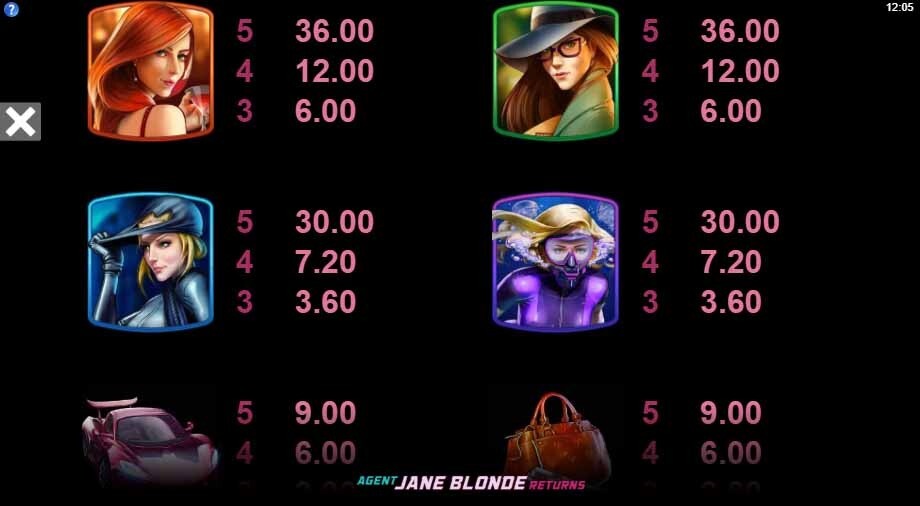 There is a lot to like about Agent Jane Blonde Returns. The marked improvement from the first version of the game is obvious every time it is played. Though it doesn’t boast too many bonus features, it is still a treat for fans of the original game.

In an attempt to update Agent Jane Blonde, Returns was designed to be viewed as a landscape setting. This makes it perfect for mobile devices as well as desktop computers. Mobile players never have to worry that the video quality of the game will be compromised. The experience is just as thrilling no matter how a player accesses the game.

Featuring an upbeat soundtrack that the first game didn’t, Agent Jane Blonde Returns is pure entertainment for today’s generation of players. It took a popular character and brought her into a world players can immerse themselves in.